Canada triumph against Russia whilst USA, Hungary and Spain record win’s in openers

Canada made a big statement in the FINA World League Super Finals by beating Olympic Bronze medalists from Rio, Russia. A swift start for the Canadians ultimately gave them a hard-fought victory, in an exciting encounter that will give them a huge amount of confidence for the rest of the week.

It didn’t take long for Canadian captain, Monika Eggens to grab the first goal of the game, nineteen seconds in. But Russia were level soon after, thanks to their captain, Ekaterina Prokofyeva. Canada then had a penalty saved by Eggens, but this didn’t affect her – she grabbed another goal, along with Elyse Lemay-Lavoie, Emma Wright and Axelle Crevier to give Canada a four-goal cushion into the second quarter.

Whatever Russian Head Coach Aleksandr Gaidukov said during the interval worked. Two goals from Anna Timofeeva alongside a goal on the break for Elvina Karimova put Russia right back into the mix. Only a lovely finish from Gurpreet Sohi ensured Canada had a three-goal lead going into the second half.

But a gritty and physical Russia had the momentum and made things really uncomfortable for Canada, who despite the bright start, showed signs of breaking. Two more from Prokofyeva, another for Karimova as well as an extra player conversion from Nadezhda Glyzina took the score to 9-8 going into the final quarter.

But Canada, despite conceding a few goals, had been defensively solid. They were not going to let it slip away. A great goal from the pit courtesy of Gurpreet Sohi and then a VAR reviewed goal for Kelley McKee – whose shot led Georgios Stavridis to correctly determine that it had crossed the line, gave Canada the breathing space they desperately needed. Although Prokofyeva and Glyzina added to their tallies, Shae La Roche settled the game on the man-up.

Whilst Russia did not play badly, they will see this as a missed opportunity to finish second in the group. That is, unless, they can find a result against Hungary tomorrow. Canada, on the other hand, will be delighted with the well-earned points and will be more relaxed in tomorrows early game against Japan.

The USA were solid in their opening game as they comfortably saw off the host nation Greece.

The USA took the lead through two extra-player conversions – one from Alys Williams and two from Maddie Musselman. Greece then responded with goals from Vasiliki Plevitrou and Eleni Xenaki. Another goal from Musselman, and a Jordan Raney man-up finish, gave the USA a slight advantage going into the second quarter.

The second quarter was cagey, but the USA managed to add to their lead. Rachael Fattal scored on the break before Williams bagged another. Christina Tsoukala thought she’d drawn Greece back within two goals at half-time, but an excellent finish from Musselman just 1 second before the end of the quarter restored the three-goal lead. Whilst it was only one extra goal, coming so late in the quarter after Greece fought so hard to get their goal, it felt like a big blow for the hosts.

The third quarter was a continuation of the previous quarters – USA slowly and professionally added to their tally. Steph Haralabidis grabbed her second, whilst the formidable Melissa Siedemann converted a well-worked man-up.  Greece could only convert two goals in the quarter from two of the Plevitrou’s – Eleftheria and Margarita, against a stubborn USA defence.

Maggie Steffens netted twice in the last quarter, as did Rachael Fattal – to see the game out.  The USA will face Kazakhstan tomorrow whilst Greece will take on Spain on day two.

The first game of the day was between Spain and Kazakhstan. The game ended with a decisive victory for the Spaniards 20-11, due to a torrid second quarter that saw the Kazakhs lose 7-1, with goals from Roser Tarrago I Aymerich, Paula Leiton Arrones, Judith Forca Ariza, and two from both Anna Espar and Alejandra Aznar Diez.

The game was an even contest during most of the game. The first quarter finished 5-5, with Anna Turova netting three times for Kazakhstan, whilst Spain found inspiration from the two goals that the eventual player of the match, Paula Crespi, provided.

However, the second quarter was a nightmare for the Kazakhs, who conceded six goals in a row, two of which were extra-player conversions, whilst one was from a penalty.

Kazakhstan managed to stop haemorrhaging goals in the third quarter, limiting the Spaniards only to an extra-player conversion from Forca Ariza, and a tidy counter-attack from Bea Ortiz.

Whilst the game had gone for Kazakhstan in the last quarter, they fought gallantly and gave Spain and good run-out to ensure they had to keep focus to the end. Turova, one of Kazakhstan’s big plus points from the game, added another goal, whilst Darya Roga bagged her third goal of the game. But two more goals for Ortiz and an excellent finish from the pit by Crespi finished the game off nicely for the Spanish side.

Up next for Spain are hosts Greece, whilst Kazakhstan will hope that the USA is not on the top of their game tomorrow.

The Hungarians started their tournament with a dominant display, with a six-teen goal victory over Olympic hosts, Japan.

Unlike Kazakhstan, who saved their 7-1 defeat in the second quarter, Japan was to suffer this blow at the start of the game. Whilst Miku Koide scored a great goal from centre-forward to make it 2-1,  three goals in the quarter from the Hungaria captain, Rita Keszthelyi, demonstrated that her team – who finished first in the European Qualification rounds for these finals, are ready to compete for the title and an Olympic medal in a few months.

Whilst Japan had matched Hungary in the second quarter, the halftime break instilled impetus into the Hungarians – with the third quarter emulating the first. Parkes bagged two goals, Valyi and Keszthelyi scored again, with Greta Gurisatti joining in on the action.

The last quarter was a formality, with Rebecca Parkes helping herself to three goals. The UVSE forward played excellently, and looked like scoring ten, but had to settle for seven. Hungary will rest easy tonight, preparing for tomorrows huge clash with Russia.

All the official match sheets and information, as well as schedules, are available by clicking this link 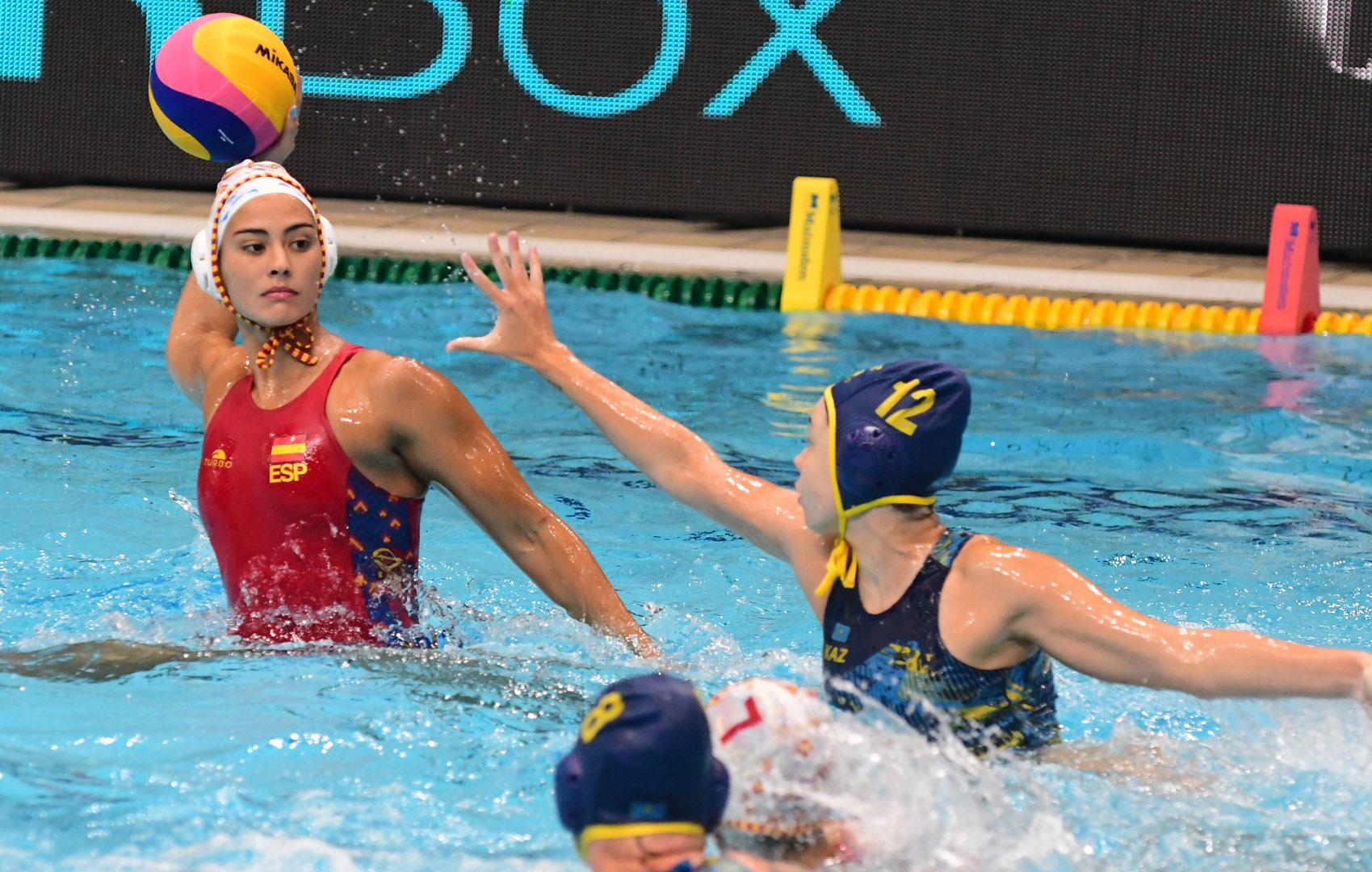