The European Super League concept has been discussed for a while now, secret talks between top clubs have been going on for a while now and despite all the negative responses and opinions, it looks all will go through to create a more extravagant and more revenue generation concept.

In a piece of big news, The Times has reported that Arsenal, Chelsea, Liverpool, Manchester United, and Tottenham have all agreed to join the new league with Manchester City the only ‘Big six’ club yet to commit. The 5 Premier League clubs have given their assertion on the scandalous plan and if all goes well the new league starting from 2023-24 season will be announced in a couple of days and the structure will be prepared and projected in due course.

The German and French clubs have refused to join the European Super League which could potentially rein the spectacle. Many German clubs have a 10% rule so the supporters can never let their clubs into such malicious things, the most fascinating thing is as we all know that French football is in financial crisis, even then they are refusing to join it to maintain the sporting spirit.

Under the proposals, the super league would play its matches in the mid-week similar to UEFA Champions League, The European Super League wants to secure 16 top historic soccer franchises as its permanent members, and the 4 leftover spots will be allotted on a Domestic qualifiers basis.

The 20 clubs would be split into two groups of 10 each team will play each other home and away with the top four teams in each group qualifying for the knockout stages, then entering two-legged Q-finals, Semis, and the final to be played on the Weekend.

This comes a day before UEFA’s planned announcement of a new Champions League format. The new-look Champions league starting from 2024 will consist of 36 teams playing 10 group stage games. It would also provide a significant increase in prize money for the bigger clubs as reported by ESPN.

When learning of the potential Premier League clubs breaking away to join a new elite league and possibilities of an announcement, UEFA has released the following announcement:

If this were to happen, we wish to reiterate that we – UEFA, the English FA, RFEF, FIGC, the Premier League, La Liga, Lega Serie A, but also FIFA and all our member associations – will remain united in our efforts to stop this cynical project, a project that is founded on the self-interest of a few clubs at a time when society needs solidarity more than ever.”

We will consider all measures available to us, at all levels, both judicial and sporting in order to prevent this from happening. Football is based on open competitions and sporting merit; it cannot be any other way.

As previously announced by FIFA and the six Federations, the clubs concerned will be banned from playing in any other competition at domestic, European or world level, and their players could be denied the opportunity to represent their national teams.

We thank those clubs in other countries, especially the French and German clubs, who have refused to sign up for this. We call on all lovers of football, supporters and politicians, to join us in fighting against such a project if it were to be announced. This persistent self-interest of a few has been going on for too long. Enough is enough.

It’s fair to say UEFA has come out all guns blazing at the major developments in the past few hours and can take strict actions to prevent European Super League from happening. Major restrictions can be put on the involved clubs such as prohibition from playing in domestic leagues and UEFA competitions and any FIFA competitions.

The Premier League have also issued an official statement warning all the involved clubs:

The Premier League condemns any proposal that attacks the principles of open competition and sporting merit which are at the heart of the domestic and European football pyramid.

Fans of any club in England and across Europe can currently dream that their team may climb to the top and play against the best. We believe that the concept of a European Super League would destroy this dream.

The Premier League is proud to run a competitive and compelling football competition that has made it the most widely watched league in the world. Our success has enabled us to make an unrivalled financial contribution to the domestic football pyramid.

A European Super League will undermine the appeal of the whole game and have a deeply damaging impact on the immediate and future prospects of the Premier League and its member clubs, and all those in football who rely on our funding and solidarity to prosper.

We will work with fans, The FA, EFL, PFA and LMA, as well as other stakeholders, at home and abroad, to defend the integrity and prospects of English football in the best interests of the game.

First and foremost UEFA should be the last one to speak on ruining the prospect.

Till last year UEFA was generating £3-billion revenue from all streams, UEFA sat down with the Chiefs of the big players in UCL and all agreed to the new structure implementing from 2023-24 season which will generate double the revenue estimated to be £6-billion with an increase in no. of games and teams. All the team’s owners including the Americans agreed upon it and after a couple of days, this news of the formation of the new super League broke.

It’s needless to say it would ruin the game and kill any romanticism left in football. The Americans want to make it similar to Euro League Basketball or the Superbowl theme and make it a money-making machine with predicted revenue generation near to £50-billion.

Even though my analysis says it may be a bluff from bigger sides to get rights to bigger say and pocket large lumps of money and stability from UCL money.

There is very little possibility of this happening because of strict restrictions imposed by UEFA FA, FIFA and Domestic Leagues. Also, players will be restricted from representing their national team’s.

Juventus are struggling in Seria A, Spurs, Arsenal struggling to make top 4 which is instability and shows their poor management. We want that Sporting spirit, culture and tradition in our clubs, not a franchise-based model, it’s disgusting.

Anyways, it’ll be an interesting story to follow in the next couple of days and see how it pans out.

Do leave a comment below on whether European Super League should happen or not. 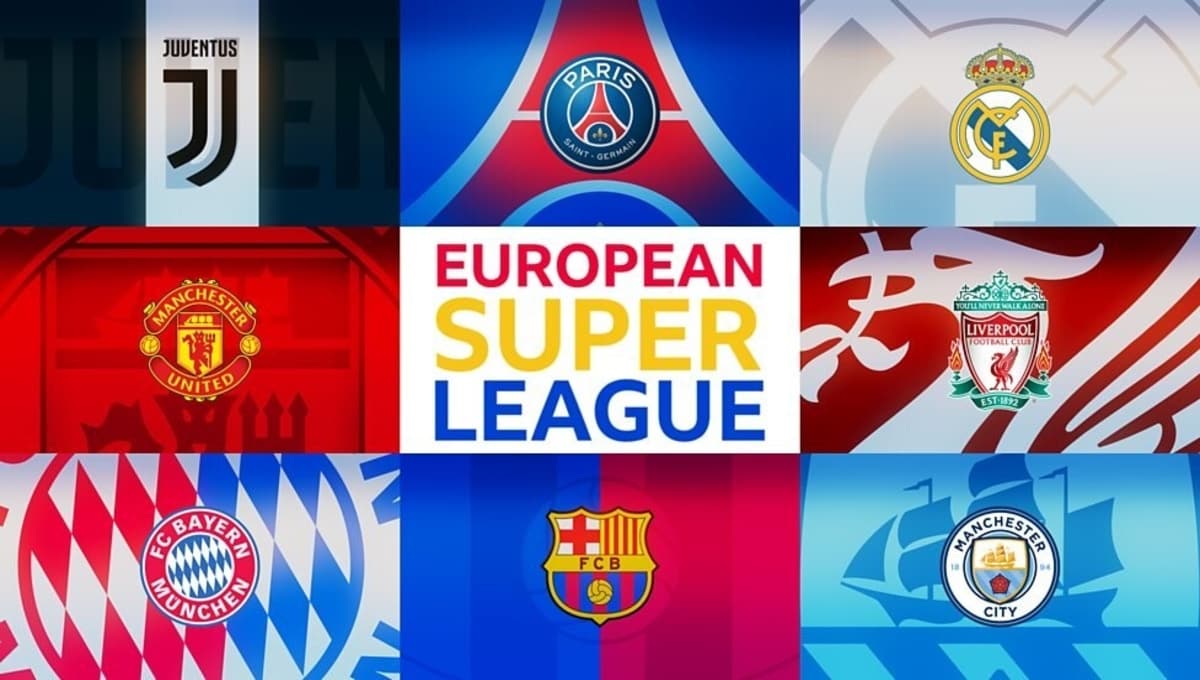