A third-quarter capitulation from Greece meant that Montenegro will progress to the World League Semi-Final, after beating them 8-4 (2-2, 0-1, 4-0, 2-1)

Theodoros Vlachos will be pulling his hair out over the way Greece came completely unstuck in the third quarter against Montenegro after being the better side for the first half of the game.

Montenegro were good in defence throughout the match, but made Greece pay in the third period, to progress to the World League Final. They will await the winner between Italy and USA who play later this evening.

In a very low-scoring game, taking chances was vital. In the end, Montenegro took theirs, and Greece didn’t. That was all that could separate the two teams.

Greece took the lead with their first venture forward. The ball broke to Marios Kapotsis on the right. The Vouliagmeni winger had time to measure a powerful shot, that clipped the right-hand post of Petar Tesanovic’s goal.

Both sides looked apprehensive in the opening exchanges, with both teams having shots from the pit and the perimeter saved.

Montenegro eventually equalised with a minute and a half to go in the quarter. Alexandros Papanastasiou was excluded, with Montenegro captain Drasko Brguljan converting with a thunderous shot from the right-wing.

Greece then equalised moments later via a beautiful cross-cage shot from Georgios Dervisis on position five, but twenty seconds from the end of the quarter, Montenegro levelled proceedings via a goal from VK Primorac’s Dusan Matkovic.

Both sides had early man-up opportunities in the second period, but there was a lack of composure and conviction from both teams in attack that resulted in defensive steals. There was a strong sense that both sides were fearful of making a mistake that led to very conservative passages of play from both.

Greece were probably putting more pressure on the Montenegrins – forcing Jadran keeper, Petar Tesanovic into making a couple of decent saves. The 23 year old, who is rumoured to be in talks with Barceloneta, did what was expected of him.

Into the third, Genidounias tried desperately to grab his second of the game with a long-range lob, but Tesanovic was switched on to it, making an easy save. All the pressure, it seemed, was coming from Theodoros Vlacho’s side, and they looked the more likely to score.

But all the while there was only one goal between the sides, it was anyone’s game, and Montenegro turned the game around. They first scored via the pit. Miroslav Perkovic held off the Greek centre-back with excellent strength, before slotting past Emmanouil Zerdevas. They then added another when Dusan Matkovic grabbed his second from the left – with his shot narrowly beating the agonising grasp of Zerdevas.

Having been in the ascendency for much of the game, Greece found themselves 4-3 down. With a minute to go, Greece squandered half-chances from Stylianos Argyropoulos, who had shot blocked, and Alex Papanastasiou who skied his shot from 7m.

Montenegro then were ruthless. When Chris Kolomvos was excluded with a minute left in the quarter, Vladen Spaic couldnt miss on the post from a lovely weighted pass from Aleksa Ukropina. They then made it 6-3 with ten seconds to go when Ukropina’s central shot inexplicably evaded Greek keeper, Emmanouil Zerdevas. Ukropina’s eight goal of the tournament was certainly an error from the Olympiacos keeper.

Drasko Brguljan nearly made it seven with a powerful shot from 6m on the right, but Zerdevas’s left-hand post came to his rescue.

Greece kept pushing Montenegro, asking questions of Vladamir Gojkovic’s side, but they seemed t have the answers in defence with great blocks from Aleksandar Ivovic and Marko Petkovic.

After a lot of defending, Montenegro then did get their seventh goal. Who else but Aleksandar Ivovic scored for Montenegro. We are so used to seeing him defend the pit, but on this occasion, he converted with a powerful shot from 4m at centre-forward.

The wind had completely been taken out of Greece’s sails, and Montenegro had the game wrapped up with two and half minutes to go. Dusan Banicevic was the player who found himself alone on the post, who made it 8-3.

Theodoros Vlachos did see his team net again. A nice set move from Dimitrije Obradovic’s exclusion allowed Konstantinos Gkiouvetsis show off his fantastic cross-cage shooting, to pull one back for Greece.

But it was hardly a consolation goal for the Greeks. The final whistle went with the final score 8-4 to Montenegro.

Ultimately the competition is a warm up for the Tokyo Olympics, but Greece had a big chance to defeat local rivals Montenegro – a chance that they let pass them by. 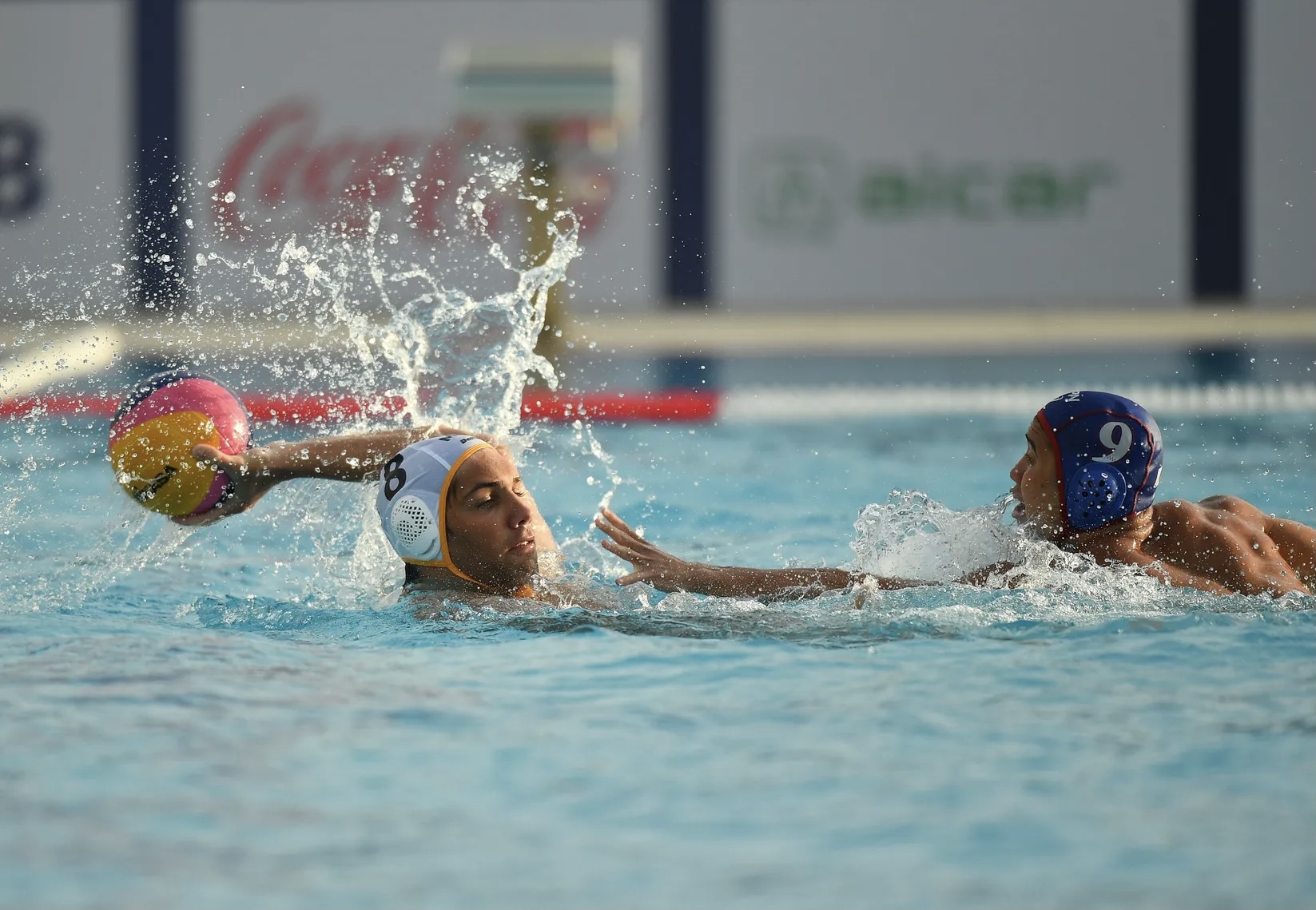