The game was a thriller from start to end, with Italy spending most of the third quarter down to six players due to Matteo Aicardi’s red card. It certainly changed the game, but USA well-deserved their win.

The USA will face Montenegro after they beat Greece 8-4 in the earlier Semi-Final, whilst Italy will play Greece in the 3rd/4th play-off.

The first quarter was as even as the score suggested. USA applied the early pressure. A double save for Marco Del Lungo from two powerful Alex Bowen shots led to a double man-up for America. Both Nicholas Prescuitti and Gonzalo Echenique were ejected giving Max Irving the first goal of the match. His low bouncing shot from position two gave USA a 1-0 lead.

The USA then added a second off the post when goalscorer Max Irving turned provider. His little dink found the outstreched arm of Marko Vavi – who could hardly miss from a meter.

Italy got straight back in the game with a bit of luck. Luca Damonte’s shot from the wing was tame, but the ball pinballed in the pit, eventually finding Francesco Di Fulvio who was quickest to react.

But USA immediately reinstated their two-goal lead. Francesco Di Fulvio, who had just scored, was excluded, and Alex Obert converted with a fantastic instinctive goal from a rebound off the bar.

Italy, however, were growing into the game. They scored two goals in less than two minutes to make the score 3-3. Pietro Figlioli found the roof of the net from distance before Matteo Aicardi grabbed his second of the game when he delicately guided the ball beyond USA keeper, Drew Holland from close range.

Marko Vavic then had the ball in the net for USA, but it wasnt to count, as the referee Dion Willis, had already blown his whistle.

With thirty seconds left in the period, Italy finally took the lead for the first time in the game. Andrea Fondelli scored from Ben Hallock giving a cheap penalty away.

But the USA were determined to be on parity before the quarter was up. Johnny Hooper converted with ten seconds to go, making the score 4-4 at the buzzer.

The sun was just starting to set when the second quarter got underway. Hooper won the sprint, but Italy struck first in the second quarter. Ben Hallock was adjudged to impede Mike Bodegas on the transition, before Gonzalo Echenique scored a split-second before the buzzer sounded. The Spanish born Italian finished an excellent man-up move from the right-hand side, rooting the ball in the back of the net with a powerful cross-cage effort.

Italy then striked again. Hooper was excluded and just when Echenique looked like he was to repeat the same move that he converted seconds before, he popped a nice pass to the rotating Andrea Fondelli to take the score to 6-4.

Again, however, Italy allowed a spirited USA back into the match. Alex Obert converted from the pit.

It then looked like Italy would immediately score from a penalty, but Pietro Figlioli could only rattle the woodwork of Drew Holland’s goal.

USA had two great chances to draw level. Firstly from Max Irving’s shot that Del Lungo parried out, before Alex Obert’s shot from the pit was saved with ease by the Pro Recco recruit.

Drew Holland has been excellent all tournament and he made a superb reaction save from Luca Damonte’s powerful shot from close range to prevent Italy from pulling away.

With every missed attack Italy produced, you felt USA had the quality to punish them. They were then awarded a penalty with two minutes to go in the quarter. But Johnny Hooper was unable to beat Marco Del Lungo – who lunged to his right and stopped the shot.

Italy then had their own penalty from Marko Vavic’s foul. Francesco Di Fulvio would step up this time, and unlike Figlioli, would score to take the Italian’s lead to 7-5.

However, USA’s Hannes Daube, who had been quiet in the game until then, finished off a man-up move on the left that took a deflection before sneaking past Del Lungo.

Drew Holland then again made an unbelievable save from Andrea Fondelli. Fondelli found himself completely free and in space 2m from the goal, but Holland was there to keep his side well in the game.

Hannes Daube had a great chance to draw his side level with 15 seconds to go on a man-up. Di Fulvio was wrapped on three personal fouls, but the Olympiacos player could not beat Del Lungo in Italy’s goal.

There was a dramatic moment at the beginning of the third quarter when Matteo Aicardi missed a shot from the pit, and then was exlcuded with a red card for a ‘brutality foul’. It would mean the USA would get a penalty, and they would play for four minutes a player down.

Hannes Daube stepped up to take the penalty, and he scored his second of the game, sending Del Lungo the wrong way.

With the score at 7-7, and with Italy a player down, it would be a big ask for Italy to stay in the game. Max Irving made it 8-7 with a good finish, before Hannes Daube converted from the pit when Alessandro Velotto was excluded, leaving Italy two players down temporarily.

Italy then lost their heads when they had the ball in the back of the net, but the referee was mid-exclusion, disallowing the goal. Italy then temporarily had three players excluded, but Andrea Fondelli could only blaze the ball over the bar.

Drew Holland yet again came to the USA’s help with two fantastic saves. The first save came from Mike Bodegas’s low and hard shot, which was destined to ripple in the bottom right-hand corner. He then made another from a close-range strike off the arm of Vincenzo Dolce. At the end of a dramatic quarter, the USA had turned the game around and were leading 9-7.

Italy clawed their way back into the game thanks to Pietro Figlioli’s second goal of the game. His dummies were enough to sell Drew Holland to his left, before he planted the ball to the right.

Half the crowd, who were beaing treated to a legendary match of water polo, thought that Vincenzo Dolce’s shot had crept inside the USA post to make it 9-9, however, it nessled in the right-hand side-netting instead.

As was the case throughout the game, Drew Holland made two more outstanding saves from Pietro Figlioli. And then, from the saves, did America get their tenth goal. Andrea Fondelli was excluded, and Marko Vavic netted his second of the game – rifling the ball into the roof of Marco Del Lungo’s net.

Italy were out of steam, and USA had successfully beaten one of the best team’s in the world. 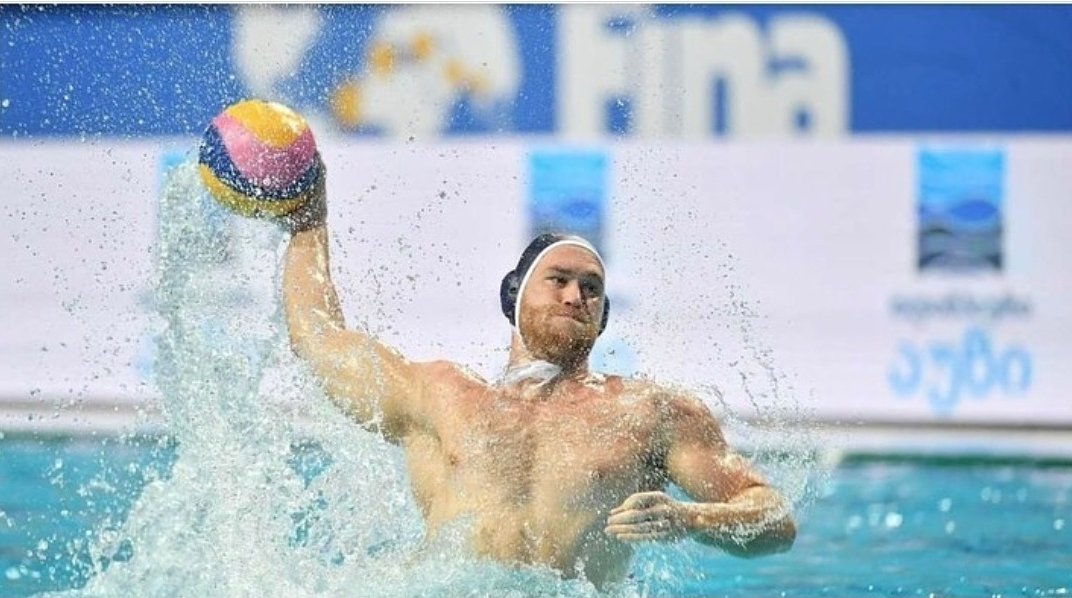