Missed penalties from Vasiliki Plevritou and Nikoleta Eleftheriadou for Greece means Russia will face the USA in the semi-finals of the World League Super Finals.

In the game of the tournament so far, the host nation, Greece, locked horns with a fierce Russian side that led to a close encounter that meant the sides couldn’t be separated after the initial 32 minutes. Neither side could pull away from each other in a contest that saw the lead change several times during the game.

Russia converted all four of their penalties, whilst Greece missed their second and fourth from 5m.

The result is harsh on the hosts, and the missed penalty was particularly cruel on Nikoleta Eleftheriadou – who had been fantastic throughout the game, netting three goals for Greece.

Russia took the lead through Anastasia Simanovich who converted a lovely goal from the pit, but the hosts equalised immediately through Olympiacos’s Margarita Plevritou. Greece then took the lead thanks to a superb cross cage shot from Christina Tsoukala on from the right.

However, Russia wasn’t behind for long. A long ball forward left Anna Timofeeva with a one on one against Greece’s keeper, Anna Karnuakh. She converted with confidence, making the score 2-2.

Right before the end of the quarter, Ekaterina Prokofyeva hit the bar from the left-hand side before Greece broke forward with the extra-man. Christina Tsoukala converted her second of the game, although Russia’s keeper was largely at fault for her side conceding the third goal.

Russia won the swim-off at the start of the second quarter and forced a decent save from Karnuakh on the first attack. But the Greek keeper was stranded when Evgeniya Ivanova placed the ball in the far-left corner to make it 3-3. But Greece was not behind for long when Veronika Vakhitova was excluded, and Erini Ninou scored via a thunderous shot clipping the underside of the bar. But when Nadezhda Glyzina broke free on the break for the Russians, she never looked like missing.

Then, for the first time, the Russians took the lead. A great ball into the pit was flicked out by Evgeniya Soboleva to Maria Bersneva was beautifully lobbed past the Greece goal.

But the hosts, who enjoyed much of the support of the partisan crowd, equalised straight away via a third of the game from Christina Tsoukala, to make it 5-5.

Russian coach, Aleksandr Gaidukov, calmly called a timeout in which an excellent set-piece gave Elvina Karimova the chance to score –  and she did, with class, lobbing the ball into the far right corner of the Greek net. Russia looked to add another, but an excellent steal by Christina Tsoukala from the pit put Greece on the counter – and a lovely turn from Nina Arinou gave Greece an extra player advantage that Nikoleta Eleftheriadou bounced under the arms of outstretched Russian keeper, Anna Karnaukh. At half-time, the teams were evenly matched in the pool and evenly scored on the scoreboard (6-6).

Russia started the second half quickly, winning a penalty within thirty seconds. However, Greece’s keeper Karnaukh was up to the task, saving the shot from Elvina Karimova. But Russia was not fazed. A minute later, Maria Bersneva kept her cool on the breakaway, under severe pressure, to put away her second of the game to give Russia their seventh goal.

After several cagey attacks from both teams, Margarita Plevritou nearly converted for Greece, but an excellent save from Karnaukh denied the hosts.

But the Greek pressure paid off. On the left-hand side, Nikoleta Eleftheriadou drove forwards before launching the ball in the far right corner of the Russian net. Eleftheriadou nearly scored again straight after. Her long swim and turn nearly was an amazing individual piece of skill, but the shot was straight into the keeper’s arms.

Russia had another chance to score from Veronika Vakhitova trying a lob from the left. But the keeper comfortable saved the shot.

Eleftheriadou finally did score her third to put Greece in the lead again – a cunning no-look shot from a tight angle on the left caught out Anna Karnaukh. At the end of the third, the hosts had a one-goal lead (8-7).

Goals are always important in water polo, but you really felt the next one in this game could be decisive. When Elvina Karimova was excluded, Greece really had a chance to score. But the extra man play was wasted with a pressured shot from a tight angle from Eleftheria Plevritou. And with that, Russia then went on the break and had an extra-player situation of their own – in which the tamest of shots from Alena Serzhantova looked harmless, but dribbled over the line. A VAR review may have saved Greece, but the review clearly showed the ball had crossed the line.

Evgeniya Ivanova then came inches away from giving the visitors a much-needed goal, but the crossbar saved Greece.

Attack after attack went sour for both of the teams. The best of the chances fell to Uralochka Zlatoust’ Elvina Karimova, who had a free goal to aim at but couldn’t make the contact she wanted, dropping the ball at the crucial moment.

One last time out from Greek head coach Theodoros Larantos eighteen seconds from time gave Greece one last attack, but they couldn’t convert, and the game would be settled by penalties.

The first penalty was scored by Russia’s Nadezhda Glyzina. Greece then replied with a lovely penalty from Eleftheria Plevritou.

Anastasia Simanovich then scored for Russia, making it 2-1.

Then the crucial penalty came from Greece – with Nikoleta Eleftheriadou missing with a save from Anna Karnaukh. Ekaterina Prokofyeva then scored for Russia, as did Christina Tsoukala for Greece. Russia showed composure to score via Elvina Karimova meaning Greece had to score to stay in the game.

But the score, they did not. Vasiliki Plevritou, like Nikoleta Eleftheriadou, missed, meaning Russia advanced to the semi-final.

Russia will now face an even stiffer test against the rampant USA, whilst the other semi-final will be fought between Hungary and Canada. The full schedule is available here. 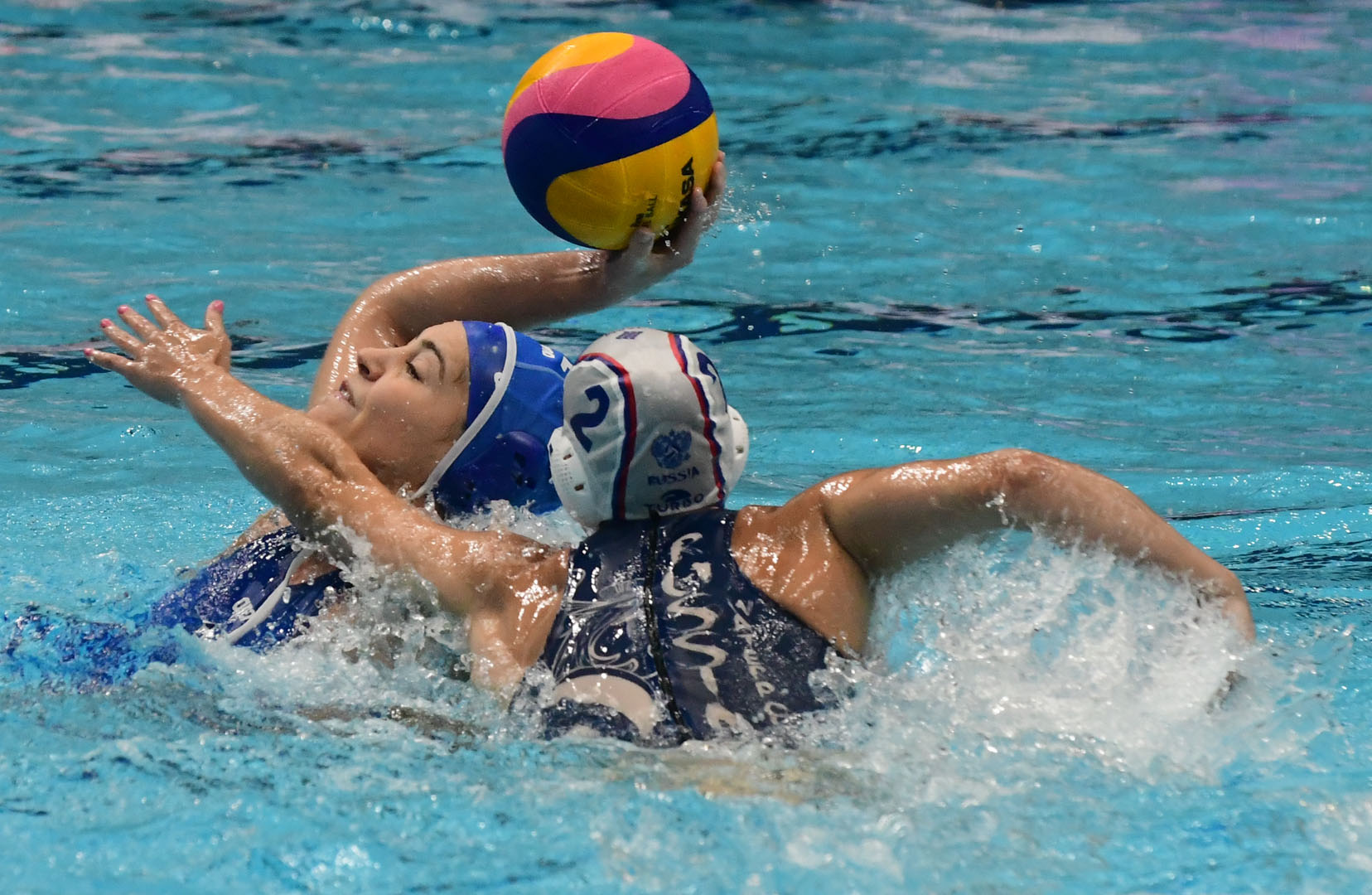