Despite finishing third in their preliminary group, Hungary will progress to the semi-finals after beating Spain 10-8 (3-3, 3-1, 2-2, 2-2). Whilst the Spaniards would not have been expected to breeze past Hungary with ease, the result is disappointing for Mika Oco and his side, who were ranked second coming into the competition.

Spain created many chances throughout the game but really struggled in front of a goal fiercely protected by UVSE’s Alda Magyari. In the end, it costed them, as they were punished against a clinically ruthless Hungarian side.

Spain finished second in group B, but the cross over quarter-final was not friendly to them, given that group A contained Hungary, Russia and an undefeated Canada. It is their second defeat of the tournament, after a dispiriting defeat to USA yesterday.

The first quarter was, as you might expect for such a high stake game, tense. Hungary took the lead through their captain, Rita Keszthelyi. They then added another through Krisztina Garda from the perimeter. Spain instantly replied, however, netting two goals in two minutes – Roser Tarrago I Aymerich and Bea Ortiz with the scores. Dora Leimeter then thought her goal would give Hungary the advantage going into the second quarter, but Judith Forca Ariza had other ideas. The game was tied at 3-3 after the first period.

Hungary won the sprint in the second period, and then took the lead again from a man-up situation. First Ortiz was kicked out for twenty seconds before Spain gave Hungary another twenty seconds of the extra-player benefit as Spain captain, Pili Pena was too keen in the challenge from the pit from which Keszthelyi scored her second. Spain then made it 4 apiece with a thunderous shot from Anna Espar. However, Hungary pulled ahead just before half-time with two goals; firstly from a second exclusion from Pili Pena that Dora Leimeter finished, before a powerful goal from the pit courtesy of Aniko Gyongossy

The third quarter continued to be close – with both teams failing to convert chances throughout the first quarter. Maica Garcia Godoy nearly scored from the post on a well-worked man-up before Hungary then hit the post after a looped shot from Vanda Valyi. It took a Hungary time out for them to score their seventh goal  – Dorottya Szilagyi converting with a central shot from 5m. But Spain pressed on and were awarded a penalty after Leimeter’s transgression. Anna Espar converted with a lovely bounced finish.  The momentum was with the Spaniard, as Anna Espar scored again for Spain on the left-hand side. Her shot guided into the top left-hand corner gave Alda Magyari little chance of making the save.

But as usual for Hungary, their captain raised her game to get another goal in the game. After Marta Bach was excluded, Keszthelyi converted from the left-hand side, with four fakes that wrong-footed Spain keeper, Laura Ester. With Hungary still only leading by two goals, it was still all to play for going into the last period.

But Hungary got that all-important ninth goal to take their advantage to three, thanks to a low bounce shot for Greta Gurisatti. The Dunaujvaros player scored after Spains Bea Ortiz was wrapped after three personal fouls. It was a turning point as Hungary then got another as Krisztina Garda bagged her second of the game. With the game now at 10-6, the task facing Spain was monumental. Mika Oco called a time out from Keszthelyi’s exclusion, but Gurisatti read the pass well, stealing the ball and breaking down the attack. But Gurisatti’s good work was short-lived, as she was sent out, giving Spain another man-up. This time the finish was clinical. Roser Tarrago I Aymerich rifled the ball into the net via the left-hand post. Tarrago I Aymerich then scored again, with thanks in large parts to Hungarian keeper, Alda Magyari, who completely misjudged the flight of the ball for the first time in a nearly flawless match from the keeper, letting the ball slip in.

But with the score at 10-8, Spain’s late revival was too late. Despite time-outs being called in the last minute from both coaches, no further goals were scored, giving Hungary a well-deserved victory.

Hungary will play the winner of the next quarter-final, which is contested by an undefeated Canada and overwhelming underdogs, Kazakhstan. 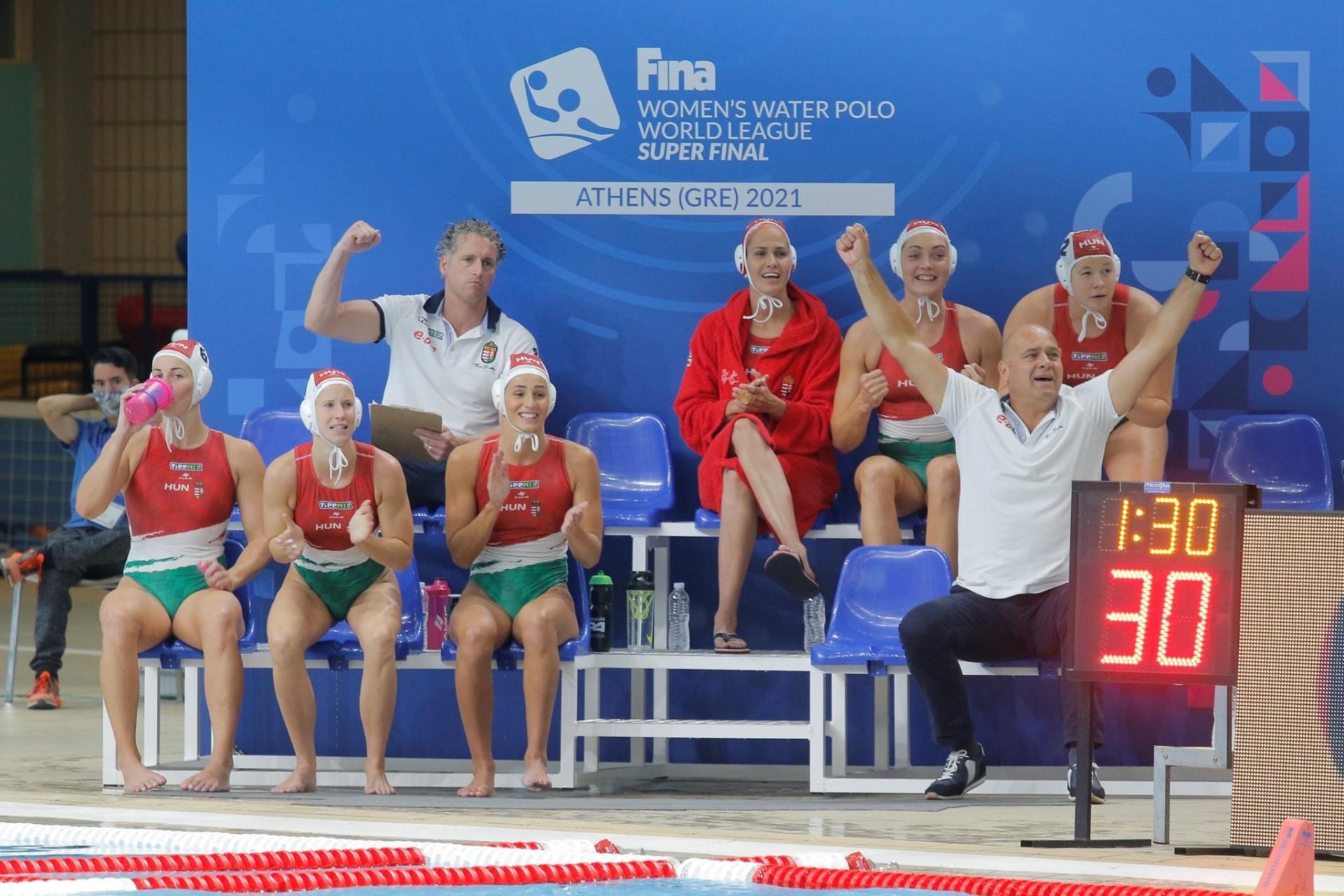