Spain maintain their 100% record after holding off hosts Greece, whilst the USA show no mercy in a rampant victory over Kazakhstan

Despite a mid-game revival from Greece, Spain had the composure to defeat hosts to set up a thrilling encounter with USA tomorrow.

The Spaniards made a quick start to the game, with their number 4, Bea Ortiz, scoring the first goal of the game from her first shot on the right-hand post. Christina Tsoukala then converted an excellent extra-player move for the hosts to equalize, only for Anna Espar I Llaquet to give back Spain the lead immediately.

Then, via another man-up situation for the Spaniards was converted from the right-hand-side by Alejandra Aznar Diez to give the visitors a two-goal lead. A goal on the breakaway from Eleni Xenaki brought the Greeks back within one goal, but Ortiz had a counterattack of her own, adding to her previous goal in the quarter. Maica Garcia Godoy then made it 5-2 at the end of the quarter after Sofia Tournarou was excluded from the pit.

Spain looked to have scored another goal twenty seconds into the second quarter, but Paula Leiton Arrones’ goal was judged to be inside 2m by referee Marie-Claude Deslieres. Greece then bounced back, literally, with Christina Tsoukala’s bounced shot into the top left corner of Laura Ester’s goal. Spain may have added a few more goals but for the outstretched arms of Greek keeper, Ioanna Stamatopolou.

But Spain did add a sixth, with a well-worked pass from CN Terrassa’s Pili Pena to Garcia Godoy to bag her second. Spain then really pulled away, firstly with an extra-player goal from Paula Leiton Arrones, before Ortiz scored her third of the game, making it 8-3  just nine seconds from the end of the quarter.

The hosts, however, were determined to ensure the game didn’t get away from them and scored two goals early in the third quarter. Vasiliki Plevitrou made an extra-player situation count for Grecce before Xenaki got her second goal of the game from the pit.

The momentum really swung when Margarita Plevritou scored another for Greece, clawing her side back within three (9-6). But when the heat was on, one of Spain’s star players, Bea Ortiz, stepped up to claim her fourth goal in the game. You could see the effect the goal had, putting the pressure back on Greece to find another source of inspiration, that ultimately, they could not find.

An extra player move that led to a penalty for Spain early in the last quarter, converted by Anna Espar I Llaquet, gave Spain their eleventh goal, before an outstanding pit goal from Paula Leiton Arrones gave Spain their twelfth, and essentially the game.

Christina Tsoukala and Eleftheria Plevritou did get scores back for Greece, but Spain’s dominance in attack, particularly with the strength at centre-forward and the shooting threat from the perimeter, was too much to handle.

Greece finds themselves without a win in both of their games, although perhaps understandably considering their opponents. Spain, however, has a 100% record going into their encounter with USA tomorrow that promises to be a blockbuster game.

There were no surprises for USA as they stuffed Kazakhstan by an eighteen goal margin.

The third game of the day in Athens went exactly how many envisaged it would, with the USA outclassing Kazakhstan in every department although some may have thought the USA would win by even more.

The first quarter set the tone as the USA bagged nine goals without second choice keeper Amanda Longan conceding at the other end. Makenzie Fischer opened the scoring sixteen seconds in and closed the scoring in the quarter with twelve seconds left. In between, her younger sister Aria helped herself to a goal whilst Maddie Musselman grabbed three and Stephanie Haralabidis getting two.

Darya Muravyeva’s backhand seemed to have all the USA players in shock, but it was a well-executed finish. Kazakhstan then scored again, this time from a VAR reviewed shot from Darya Roga. Like Muravyeva’s it was also a stunning goal, that hit the underside of the bar and crept in.

Ironically, despite the heavy defeat, Kazakhstan’s two goals were probably the best in the game. But that’s what it took for them to beat a formidable USA defence.

The action in the third quarter was rather strangely limited to a single goal – via a Kaleigh Gilchrist penalty. Three timeouts were called during this period too, completely taking the intensity out of the game from both teams.

The last quarter saw four more goals from the USA – a goal from the pit by Alys Williams, two extra player goals from Melissa Seidemann and a fifth goal in the game from Stephanie Haralabidis, as well as a penalty throw from Paige Hauschild.

The USA will have, no doubt, been wanting to get this game out of the way, before tomorrows big clash with Spain. 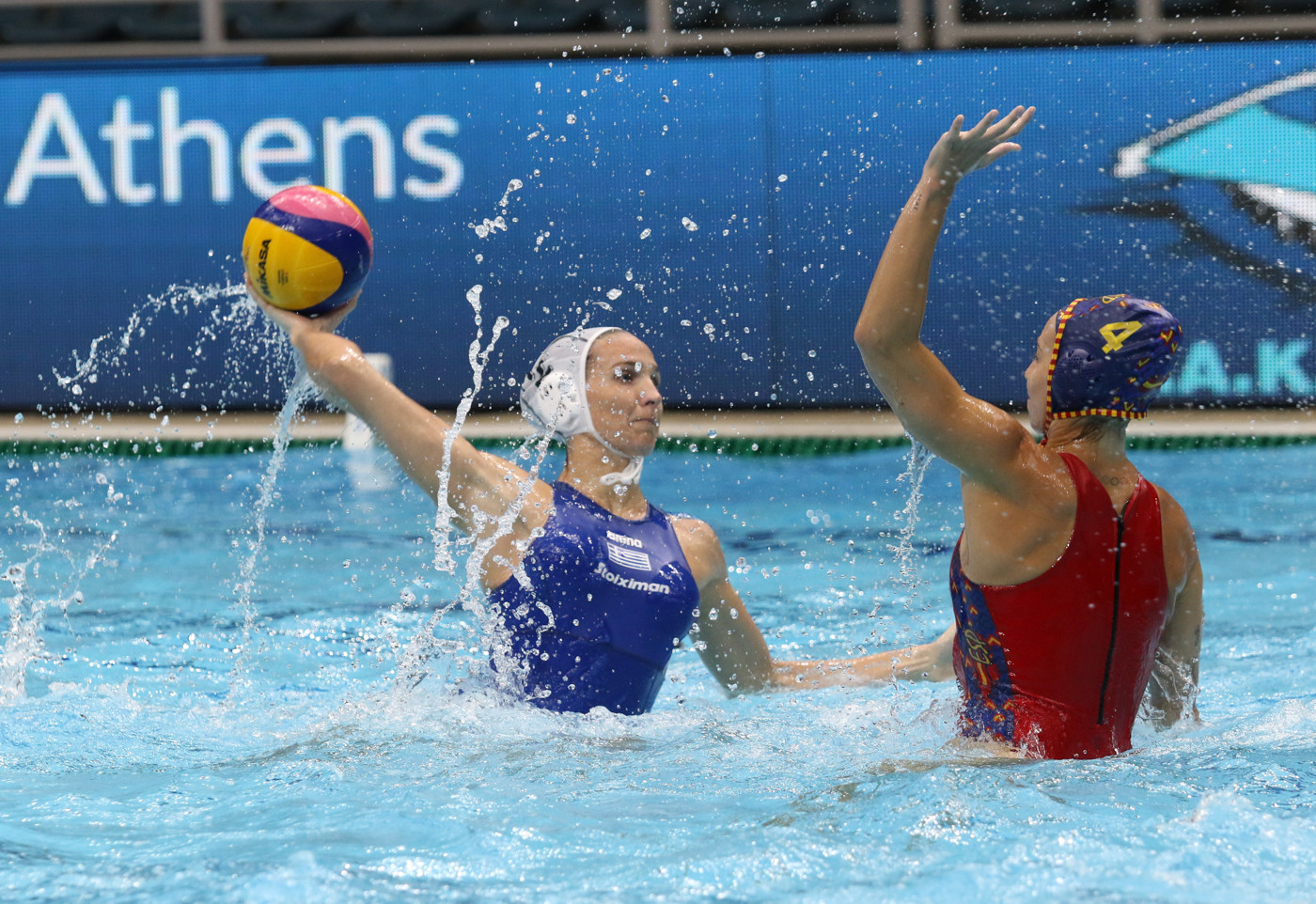