Euro 2020 Group F, also referred to as the ‘group of death’ kicked off at the Puskas Arena, where underdogs Hungary had home advantage against Portugal.

Despite being underdogs, the Hungarians were coming off an 11-match unbeaten run, whereas the Portuguese boasted an unbeaten history versus Hungary in 13 attempts. The last match between the two in a major tournament was at the Euro 2016 group stages, which ended in a 3-3 stalemate.

Hungary came out of the gates with the intention and energy to press hard. After a number of challenges and fouls from both sides, the game’s first chance fell to Portugal. Diogo Jota was released by Bruno Fernandes in a counterattack. Jota collected the pass which fell just behind him; he swivelled and fired at goal. The shot forced Hungarian keeper Gulacsi into palming the ball out for a corner. However, Cristiano Ronaldo was wide open just to the left of Jota who rightly screamed for the ball. A big chanced missed early for the favourites.

Portugal continued to dominate the game, controlling the possession and the tempo of proceedings. Hungary however broke this dominance around 30 minutes after breaking into a counterattack and winning a free-kick.

The free-kick was delivered by Andras Schafer which found Adam Szalai who could only glance a header into the hands of Rui Patricio, who had his first hold of the ball, 40 minutes in.

Portugal responded with Jota turning and firing an attempt down the keeper’s throat. Moments later and involved again, Jota picked the ball up and crossed into the box which was subsequently missed by Bruno Fernandes but fell to Ronaldo who could only blaze the ball over the bar. A poor miss from one of the all-time greats who really should have put his country 1-0 up.

More possession for Portugal after the break, however, the ball began to move a lot slower than it did in the early stages of the first half. But it was Hungary with the first real chance of the half, on 57 minutes with Salli hitting the ball from the edge of the box, but never really troubles Patricio.

Portugal finally create a promising chance on 67 minutes, with Danilo intercepting and slotting it through to Fernandes who fired from range and saved by Gulasci at full stretch. Still no breakthrough for Ronaldo, Fernandes and company.

The game overall lacked a variety of chances in the second half, unlike this games’ predecessor 5 years ago which ended 3-3. With 15 minutes to play, the Portuguese needed a goal in their perceived easiest match in the group to pick up all three points.

But before 80 minutes elapsed, Hungary did the unthinkable, a goal against all odds. Lovrencsics plays through David Sieger who powers his shot near post beyond the keeper to take the lead. Unfortunately for the Hungarians and their home 61,000 capacity crowd, the goal was rightly ruled out for offside. Portugal survived a real scare.

Just 4 minutes later, Portugal put the ball in the back of the net themselves. A scruffy cross from the right-wing by substitute Rafa Silva fell to Guerrero via a deflection, and another significant deflection on the shot this time steers the ball beyond the reach of the keeper. Portugal led 1-0 in Budapest.

Just 90 seconds after the goal, Rafa drives forward into the box but is pulled back and fouled by Leipzig defender William Orban. Penalty is given, and scored by Cristiano Ronaldo, who becomes the first player to play and score at five Euro tournaments.

Hungary flat out fell apart after Portugal scored again; the third goal in 8 minutes for the team and a second goal on the day for Ronaldo. Beautiful build-up play between himself and Rafa on the right-wing. Passing and moving from the pair split the Hungarian defence and the move finished with Ronaldo rounding the keeper and slotting home.

Hungary isn’t expected by anyone to really challenge for a knockout place after being plated an incredibly unfortunate and tough group. They face France next in an attempt to steal some points against the World Cup holders and will be encouraged about their performance for the vast majority of the game.

As for Portugal, they play Germany in their next group match on Saturday where they can stamp authority over the group and confirm a place in the next round, should they win. 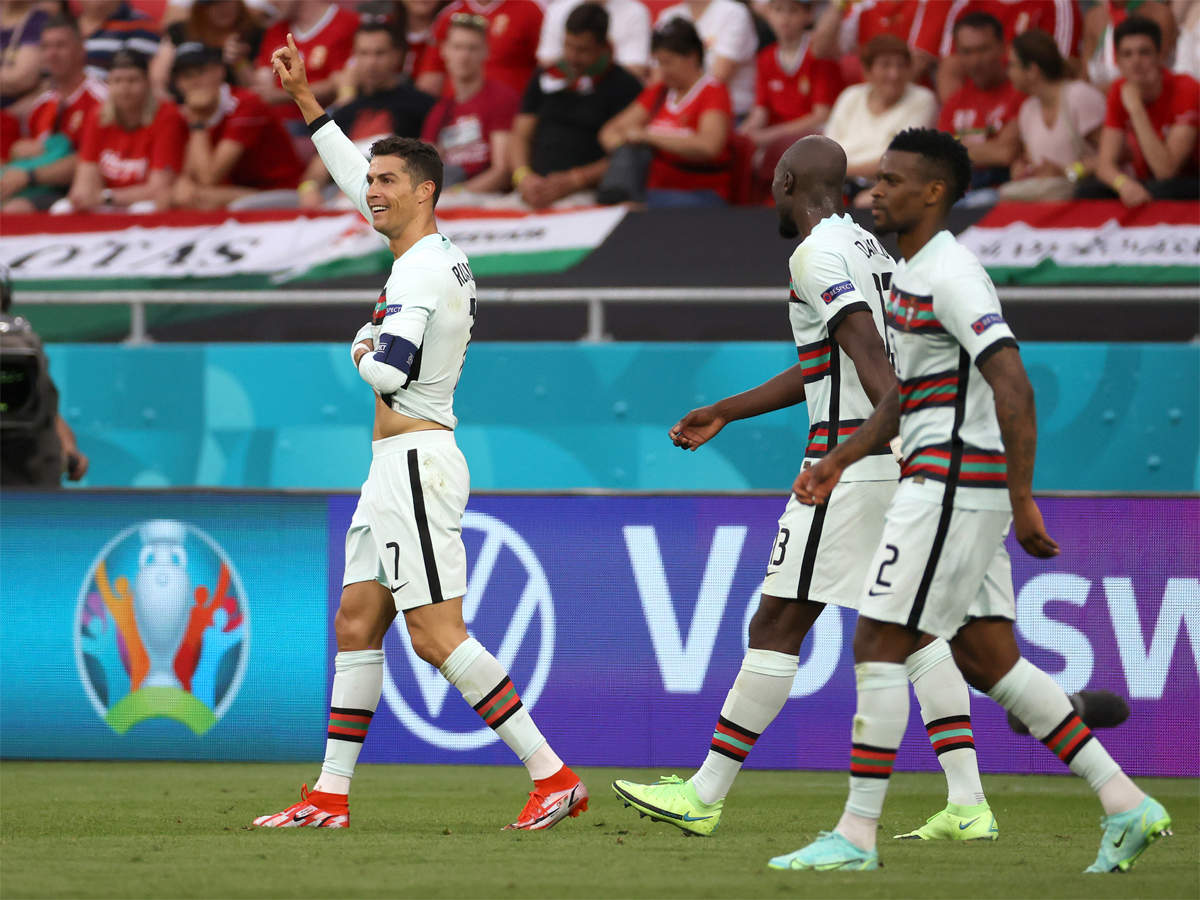