Russia launched their Super Final campaign with a hard-earned victory over Hungary, whilst Canada do enough to beat a wasteful Japan

Hungary suffered a small setback by losing to an impressive-looking Russia by a single goal. Whilst it is not the end of the world for the Hungarians because of the tournament format, they’ll hope for results to go their way tomorrow to ensure they don’t finish third in the group – resulting in the likely threat of Spain or the USA in the Quarter-Finals

The Hungarians took a two-goal lead in the first quarter via two extra player situations. There are no prizes for guessing who scored their first as captain Rita Keszthelyi converted after a minute, followed by Dorottya Szilagyi two minutes later. Russia, however, had a point to prove, especially after yesterdays disappointing defeat to Canada. Russia’s number 11, Evgeniya Ivanova set the Russians moving, scoring two to level the scores after the first quarter.

Hungary then restored their lead via BVSC Centre-Forward Aniko Gyongyossy but Russia replied instantly with a tidy finish by Evgeniya Soboleva. Dora Leimeter and Rita Kesztheyli both scored two in the quarter giving Hungary a narrow 8-6  advantage at half-time.

But Russia had an answer for all that Hungary threw at them, and really put the pressure on the team in blue. Two great goals from Elvina Karimova, as well as goals from Nataliya Churzina and Anastasia Simanovich, put the momentum in Russia’s hand. Only for yet another fantastic goal from the pit, courtesy of Rebecca Parkes, did Hungary go into the last quarter on level terms (11-11).

Whilst the Hungarians had given up their two-goal lead in the third quarter, they were not out of the game by any means. But a pivotal two minutes in the last quarter saw Russia go two goals ahead – the first was an excellent man-up play from Maria Bersneva, followed by a score from the vastly experienced Centre-Back, Anna Timofeeva.

With three minutes to go, Attila Biro called a time-out on Alena Serzhantova’s exclusion, with the experienced Dunaújváros winger Greta Gurisatti converting for the Hungarians. But the Russians had an extra-player situation immediately after, with Nadezhda Glyzina reinstating Russia’s two-goal cushion. Another time out for Hungary gave Kesztheyli her fourth 30 seconds from time, but it was too little too late for Hungary – as they suffer an agonizing defeat to their fierce European rivals.

Five goals from Yumi Arima was not enough for Japan as Canada secured their second win of the tournament. Despite matching a fatigued looking Canada throughout much of the game, Japan failed to convert many of the chances that came their way.

Japan started the game brightly, with two goals from left-hander Kako Kawaguchi. However, MVP from yesterday, Gurpreet Sohi continued where she left off, scoring an excellent counter-attacking move for the Canadians. The North Americans then converted three man-up plays; one from skipper Monika Eggens, with Kayley McKelvey and Elyse Lemay-Lavoie also getting their names on the score sheet.

Early into the second quarter, Kyra Christmas scored for the Canadians, giving them a two-goal lead for the first time in the game. But the in-form Yumi Arima converted a smart extra-player set play to keep the pressure on Canada.

However, the pressure was not to last. Canada defended well, frustrating Japan by uniquely dropping a player onto the goal line when Japan had the ball. It seemed that this ploy was proving too difficult a tactic for Makihiro Motomiya and his Japanese side to break down, leading to missed 6m shot after missed 6m shot. Canada punished Japan for not converting their chances, by netting four unanswered goals from Emma Wright, Elyse Lemay-Lavoie, Kelley McKee and Shae La Roche.

Whilst Canada succeeded in limiting Japan’s capabilities in attack, Japans ingenuity in the off-side pressing posed significant problems for Canada throughout the game too.

With the score at 9-4 going into the third quarter, Arima scored two more for Japan, ensuring Canada took nothing for granted. But Canada stayed professional and held Japan off through goals from Axelle Crevier, Kyra Christmas and Hayley McKelvey.

In the last quarter, Kako Kawaguchi scored her third and fourth, followed by Yumi Arima’s fifth, for Japan. But Monika Eggens bagged herself two goals in the quarter – one from the pit and another from an extra-player conversion, to seal the game for the maples.

That win means that Canada is 2 wins from 2 in the competition, whilst Japan will ponder on what could have been in this game, but for a bit more composure in front of the goal. Canada will focus on their upcoming game against Hungary, whilst Japan faces a gloomy prospect in the form of a revived Russian team. 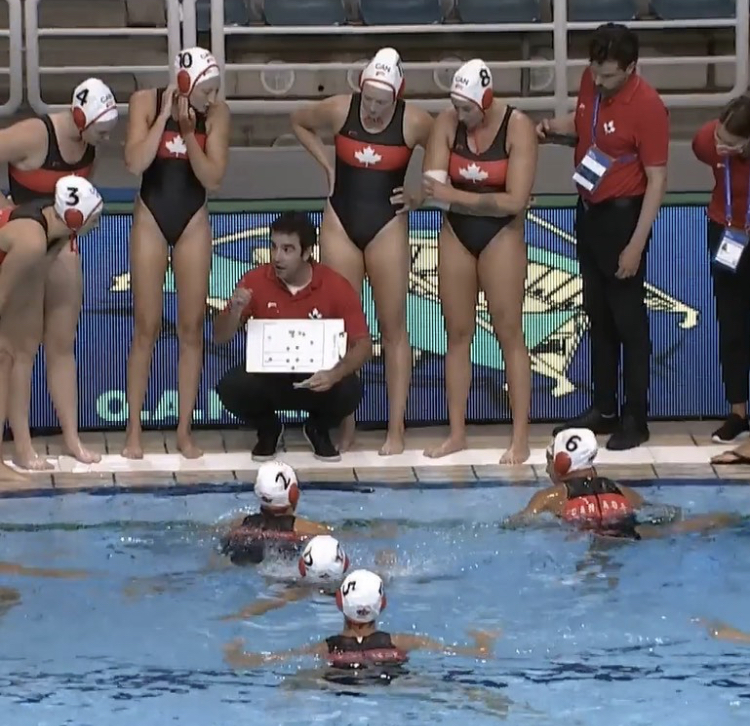