Well, it certainly was a dramatic ending to the European Tour at the weekend in Dubai as the DP World Tour Championship concluded, and it saw double delight for the English as Matthew Fitzpatrick won the tournament for the second time in four years, and more incredibly 47-year-old Lee Westwood win the Race to Dubai, twenty years after winning his first of three.

Heading into the final tournament all the talk was about whether Patrick Reed could become the first American to win the order of merit title on the European Tour (Race to Dubai as it is currently known) and he knew a good showing here would see him seal the title.

He led Tommy Fleetwood by 460 points heading into the final event, with another American, USPGA Champ Colin Morikawa and Westwood making up the top four places in the Race to Dubai, and if anyone of those four won, they would seal the season title along with the DP Tour Championship too.

If any of the top four floundered though, there were many behind them who could pinch the R2D title, so it was set up for an exciting weekend.

The first three days saw Reed lead the way for most of the tournament, but he was being pursued by a trio of Englishman in Laurie Canter, Fitzpatrick, and Westwood, as well as young Norwegian sensation Viktor Hovland, who had come into his tournament off the back of his win in Mexico on the PGA Tour.

Canter’s story is remarkable, he was outside the top 500 in the world in August but has played some brilliant golf and got himself into this end of season event for the very first time after some solid performances on the tour, which in turn saw him leap into the top 200 in the world, so jump that!!!

Also, in the mix going into the final round was Spaniard Adri Arnaus, Scot Robert MacIntrye, and another couple of decent English golfers by the names of Danny Willett and Tyrell Hatton.  It was some leader board, and another who was really making a name for himself on the tour and in with a shout of winning this event was Finn Sami Valimaki.

In fact, the top ten were only separated by four shots, so literally, anything could happen on the final day of the season, which is just how you want it right?  So, what happened then?

Fitzpatrick began like a house on fire with multiple birdies, and with Reed having to scramble once again, the Englishman soon established a three-shot lead over the field with some stunning golf it must be said.

What also must be said was Reed’s ability around the greens, which was nothing short of remarkable, this was what kept him at the top of the leader board for so long as his driving was not exactly on this week, and eventually, that did catch up with him.

Reed would still have claimed the number one spot in the R2D had he managed to finish third or better, but two bogies on the 16th and 17th put paid to that, and it meant Fitzpatrick would claim both titles providing Lee Westwood would not finish on his own in second.

Westy bogeyed the 12th and it looked like he would not have the chance, but a superb bunker shot on the final hole allowed him to birdie the last and be clubhouse leader at fourteen under par, which was tied for second at that stage, two shots behind Fitzpatrick.

Canter, who was the guy tied in second, made an absolute mess of the 17th hole and a double-bogey five meant Westwood was now in the driving seat for the R2D title, although if Hovland had made his birdie putt at the last, Fitzpatrick would take it, it could literally change at any shot won or lost, superb drama.

It came down to this, Fitzpatrick would need just a par on the final hole to win the tournament by a shot (he bogeyed the 17th) whilst only Canter could deny Westwood the season title by making an eagle on the last.  Fitzpatrick managed to scramble par on the last to take the DP World Championship, and Canter could only par the last too, meaning Westwood took the R2D honours.

It was a fabulous way to end the season, and a wonderful story for Westwood, his third Order of Merit crown on the tour, whilst for Fitzpatrick that is now his sixth European Tour victory and a runner up spot in the R2D.

This is how the leader board ended up

Let’s check the final standings in the R2D shall we 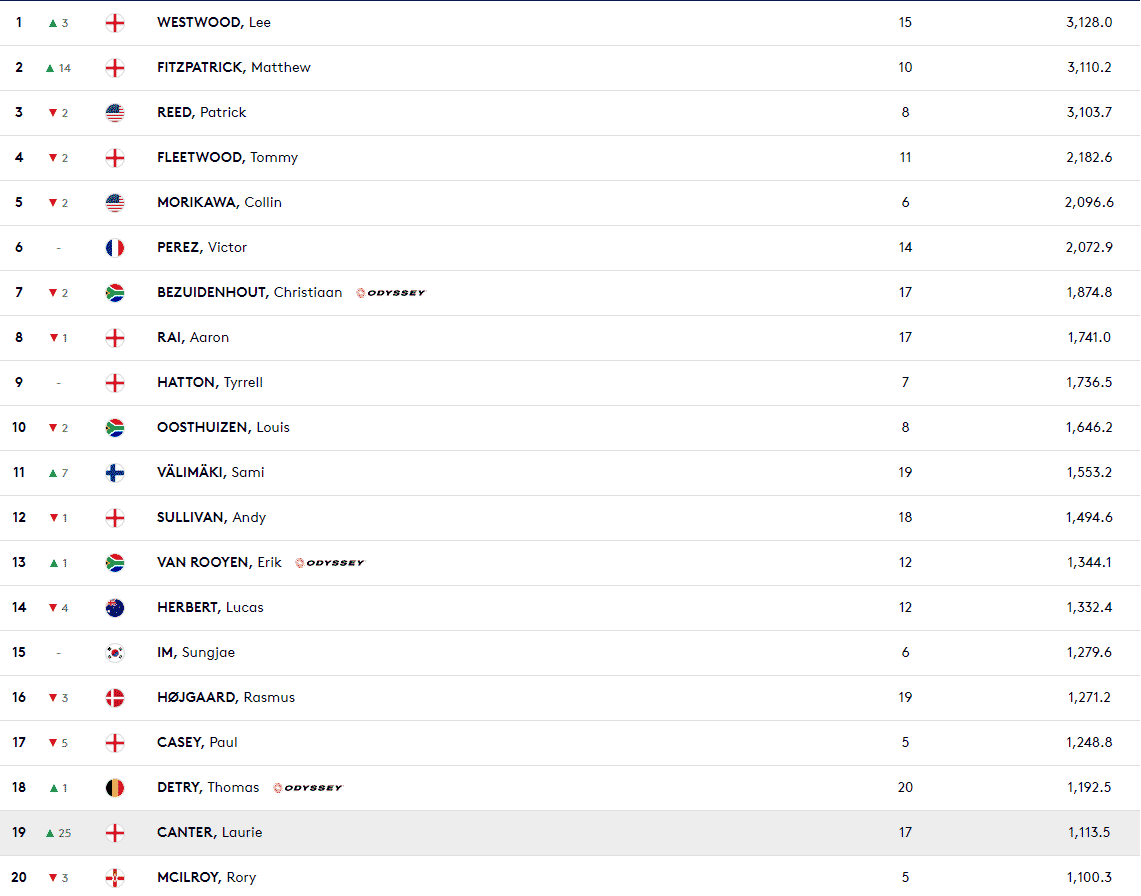 In the end, just 24.3 points separated the top three, it was that close, and there are some very talented golfers on that top twenty list that is for sure, which makes Westwood’s title even more impressive at his age, a testament to his professionalism and dedication to the sport he loves.  A role model in his profession for sure.  It would be lovely if he could top off his career with a major, it would be richly deserved if he did that.

That brings an end to the 2020 season, a season like no other, and the Tour have done an amazing job to get all the events on with the COVID-19 issues, of course, so you can only applaud their efforts, to even get a 38-event season in like this is an achievement so well done to them.  Here is to the 2021 season and hopefully, one where fans can attend too, they were certainly missed that is for sure. 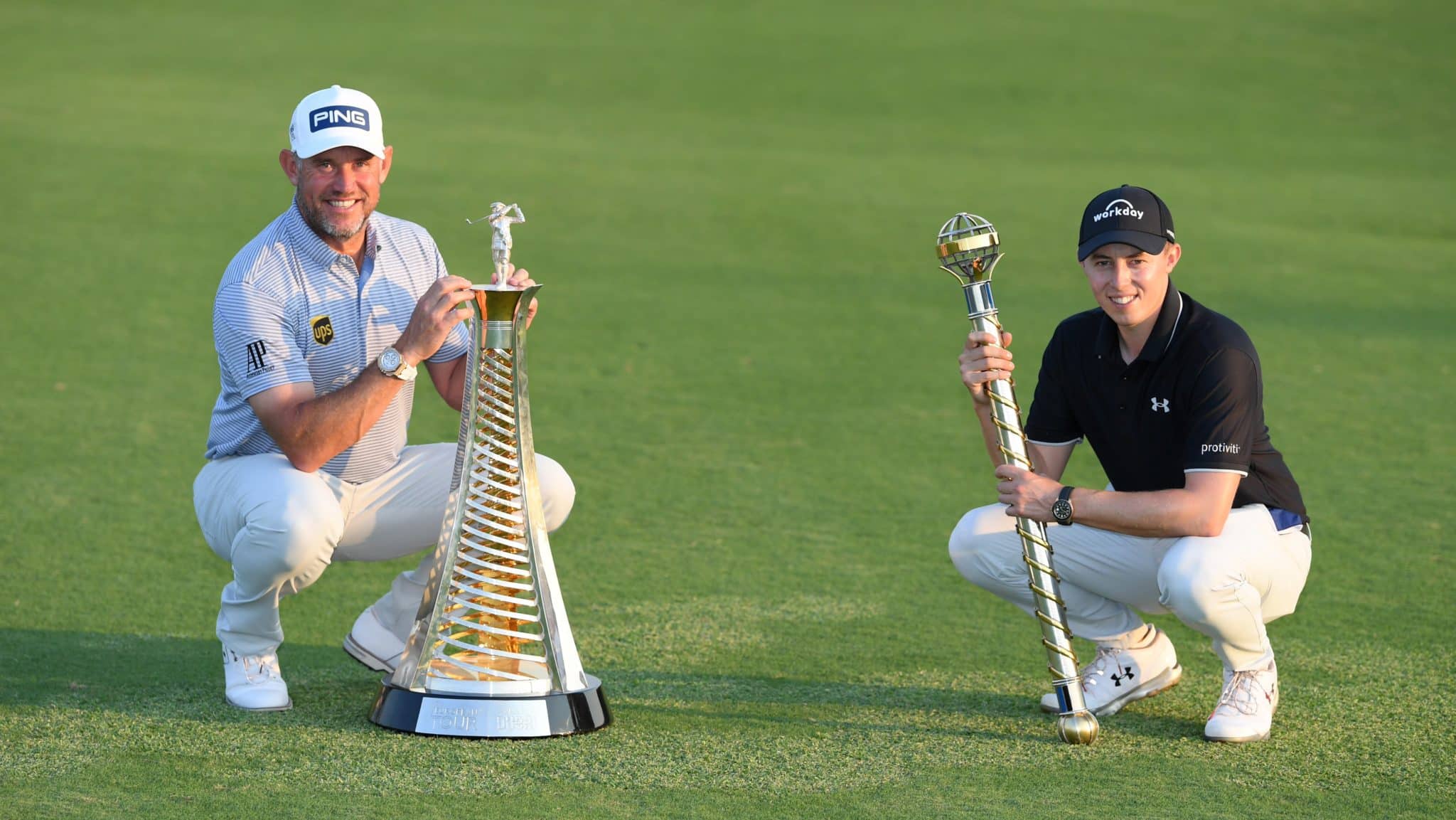