Like everything currently in the UK, English club rugby is in crisis. In the last couple of weeks, 2 Premiership rugby teams have gone into administration, with many people fearing that more clubs could share the same fate.

It is clear that there are massive financial issues with some English rugby clubs at the moment. The cost of living crisis has only increased the impact that the COVID pandemic has had on the teams’ finances. The current system does not work, and it is not a sustainable business practice. English rugby needs reform and a radical change in direction.

One proposal, championed by former Wasps and England player James Haskell is the follow what he calls “the NFL model”. In simple terms, instead of the traditional clubs playing in a league with promotion and relegation at the end of the season, the same teams, or “franchises”, would play in the league each year.

Let’s have a look at what this league could be like, and how this new model could deal with the current issues surrounding the Premiership and the English Rugby system.

Traditionally, in leagues that involve franchises rather than traditional teams, the number of teams playing each season remains the same, with no relegation for the worst-performing team. This would mean that the premiership would become what is known as a “closed league”, in the sense that the league would be closed to new members. This idea is somewhat controversial. Those who support having the traditional promotion and relegation system say that it can draw attention to more games, as there is something at stake for teams at the top and the bottom of the table. This in turn will increase revenue for the teams and the league, as there would be more games that people would watch.  Supporters of the traditional system also say that having a system where teams can rise up a sports pyramid increases the quality of said sport in the lower divisions, as teams would need to  “up their game” on the field to give them a chance of promotion.

However, closed leagues with no relegation give teams a sense of certainty, as they know that even if they are the worst team, they will be playing league next season. This certainty can also relate to the team’s finances, as they would not have to spend large amounts of money to either make sure they stay up or in the case of a newly promoted team, make sure they are competitive enough to survive. One could even argue that being the worst-performing team of the year gives you an advantage next season, as you could improve your team during the off-season via the draft.

In football, when a team wins a division that is not the top division, they are promoted to the division above them and are replaced by the worst team in that division which moves down a league. On paper, English rugby has this system as well, the bottom-placed team in the Premiership is replaced by the winner of the RFU Championship. However, in reality, this is rarely the case.

The RFU (the governing board for English rugby) has a “Minimum Standards Criteria” for teams that want to be eligible for promotion to the Premiership. One of these criteria is for their stadium to have a capacity of at least 10,001. For the current RFU Championship season, no team has this.

If fact, no team is even close to it. The largest ground in this season’s competition is Doncaster Knight’s Castle Park, with a capacity of 5,139. While there are plans for the stadium to be expanded to 10,000 to fit the criteria, the idea that a team has to spend money to build a squad to get them promoted, then have to spend even more money to develop their stadium so they can actually be promoted, is not a sustainable business model for teams who are already struggling financially.

The sad truth is, even if a championship team has the correct ground capacity, their finances are in order, and they are ready to play in the premiership, second-division teams still will not be allowed to play in the premiership. A moratorium on relegation is currently in place, essentially making a premiership a closed league. That being said, even with the moratorium on relegation in place,  both Worcester and Wasps have been technically relegated into the championship for going into administration. It seems like the Premiership is just going to wait until a team falls under economic hardship to remove them from the league, to place them in a league where due to the capacity of their stadium, they are able to be promoted.

A franchise model will remove all the issues with the Minimum Standards Criteria, A limited number of teams would mean that only the best rugby stadiums in the country would be used. But what about the on-field talent? Would this league be equal?

The majority of closed franchise leagues use a draft system. This is commonly used in the Big 4 US Sports, where the worst performing team will get the first pick on the talent available. This normally results in the team picking the best, most talked about the talent available. This system has been applied to other sports as well, mostly in franchise cricket, through an auction-style draft. In this format, the teams would bid against each other for the talent on offer. In theory, this allows for the star talent to be spread between the teams, which in terms makes the league competitive and equal. This method of assigning players to teams reduces the chances of one team gaining all the talent and dominating the league.

Another way a franchise-based league would create an equal playing field for the teams involved is through a salary cap. This is used to place a limit on how much a team can spend on a player’s wages. As every team would have to obey these rules, any financial advantage that some teams would have been minimized, as they would not be able to spend the extra money they have to try and bring a star player to their team. This allows for the smaller clubs to stay competitive in a league. Sound like a good idea for a financially struggling league to bring in, right?

Except, Premiership Rugby already has a salary cap. They have had one since the ’90s. Just last season, the cap was reduced to £5 million, with only one player allowed to be “excluded” from the salary cap. This rule does not make sense. You cannot have a salary cap, then allow one player to not obey it. A franchise-based league would need to force every player and team to obey it with no exceptions.

Some, like Exeter Chiefs director of rugby Rob Baxter, have said that a decreasing salary cap will only increase the disparity between English rugby clubs and French rugby clubs (who also have to obey a salary cap, but it is more than double the English cap), and would prevent top talent from the southern hemisphere from playing in England. These are sensible concerns to have. A well-funded franchise rugby league, with a salary cap that allows for big names to play, but also allows for this talent to be spread across the teams, creating a competitive league, which will only encourage more talent to play. As for European rugby, success would not happen overnight. But, if there is enough talent on each team, these new teams could become very competitive against the strong French league.

But does Franchise Rugby work in practice? Let’s look at a competition that was once seen as the premier club rugby in the world, but it is now a shell of its former glory.

The Tale of Super Rugby

The Super Rugby competition was first held in 1996 in response to the increased interest in the sport in the aftermath of the 1995 Rugby World Cup, and due to rugby union turning professional. It was contested by franchises from New Zealand, Australia, and South Africa. With significant backing from sponsorship and a large international TV deal, the competition was a success. It was mostly dominated by the New Zealand teams but allowed for the development of talent like Bryan Habana and Dan Carter, who would lead their national teams to success in subsequent Rugby World Cups. The league expanded on two occasions, first in 2006 with the addition of an Australian and South African team, and again in 2011, with the addition of another Australian side.

The league decided to again expand for the 2016 season, and for the first time, the league entered new markets. The first expansion team was the Jaguares from Argentina. This decision was made as Argentina had joined the organization that ran the competition, SANZAAR. In a very strange choice, the league decided to expand into Japan at this time as well, placing a franchise called the Sunwolves in Tokyo. This expansion started the downfall of the league. The Sunwolves were quickly disbanded a couple of years later, and apart from the Jaguares reaching the final in 2019, they achieved nothing, as they could not compete with the New Zealand-based teams. The COVID pandemic then prevented the teams from traveling internationally, resulting in a separate competition for the 3 countries. The final nail in the coffin for the Super Rugby competition was the withdrawal of the South African teams, who moved to the “United Rugby Championship”, another franchise rugby competition with teams from Ireland, Wales, Scotland, and Italy.

Super Rugby is still going today, with the franchises from Australia and New Zealand, being joined by teams from the Pacific Islands, and is branded as “Super Rugby Pacific”.

The story of Super Rugby is a cautionary tale for any new international club competition and a lesson that more teams do not always mean better quality, and that every country that has a stake in the competition needs to feel that their presence in the said tournament will help them improve both domestically and internationally.

For an English franchise-based rugby tournament to work and to be successful, the RFU needs to learn from the mistakes that Super Rugby made, but also the successes the league, and the United Rugby Championship have. They need to place the franchises in areas where people want to watch rugby and have the infrastructure to cater to this demand. They need rules to prevent dominance and overspending while protecting teams who are less financially well-off. The league needs to work with the lower divisions to help the game of rugby develop at the grassroots level, to bring local talent to the league and national team in the future.

Is this model perfect? No. Nothing is perfect. But a franchise-based rugby competition for English rugby can stop the death of English club rugby, which may happen if change does not occur. 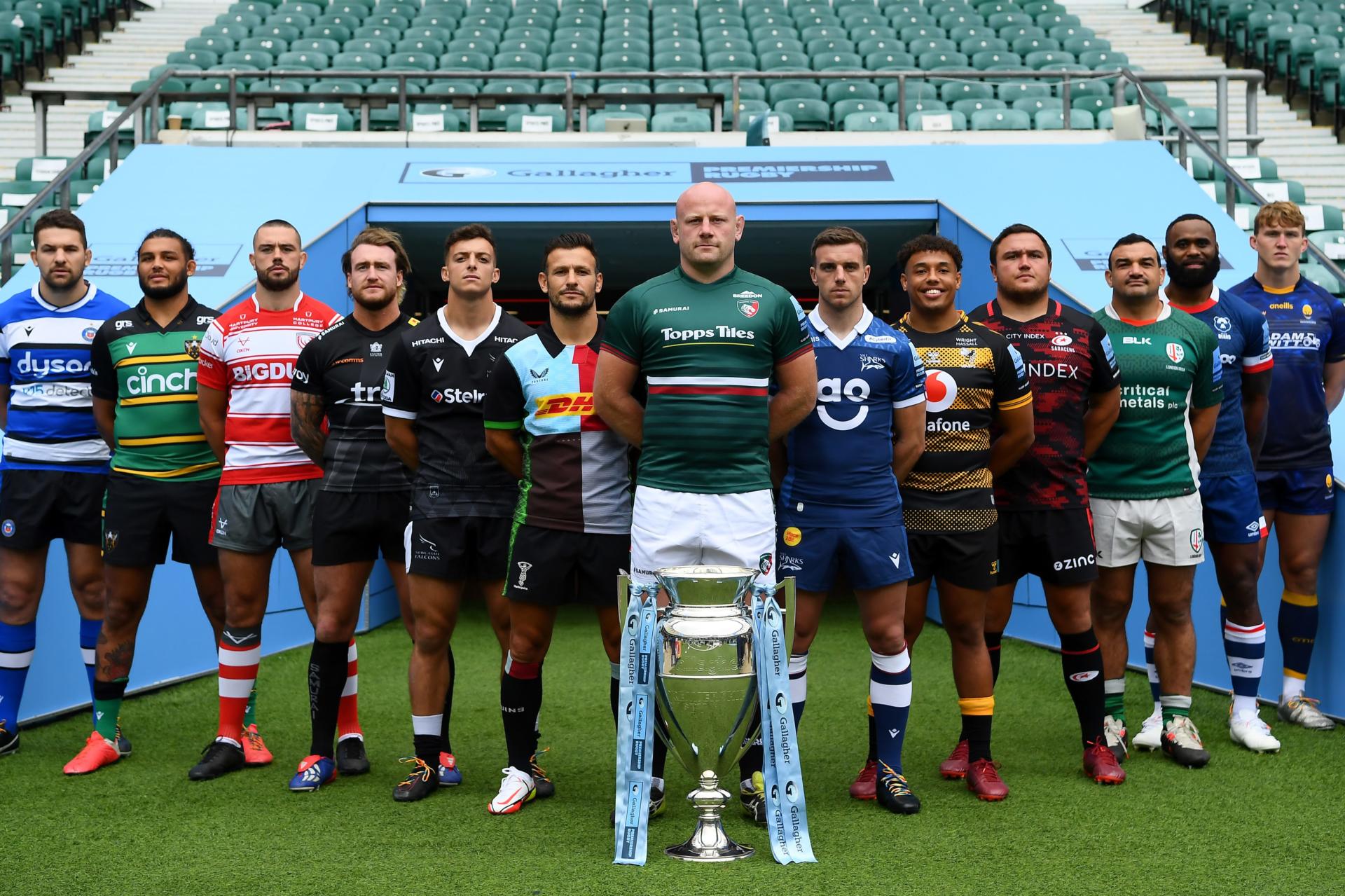