Manchester United is keeping a close tab on AC Milan star Rafael Leao- The Portuguese striker who is being compared to Cristiano Ronaldo, Kylian Mbappe and Thierry Henry.

According to the Mirror, Eric Teg Hag is a big admirer of the Portuguese international hence he had sent scouts to watch him play when AC Milan took on Chelsea in the Champions League. In a bid to strengthen their attack United are looking to land another forward who can pose a threat to the opposition’s defence.

Leao’s dynamic style of play has captured the attention of Premier League giants Manchester United who are looking to lure him away from the Italian giants however plotting an audacious move for the AC Milan star could come at a high price.

AC Milan have reportedly slapped a staggering €100m price tag on Rafael Leao. The Italian giants are looking to fend off any interest shown toward their talisman by offering him a new five-year contract where he would be pocketing an excess of £100,000 a week.

As the situation unfolds, a move away from Milan may be on the cards or the Portuguese international could decide to extend his contract.

Rafael Leao had started his career at Sporting Lisbon however a move to French outfit Lille quickly materialized in 2018. A year later, AC Milan snapped up the player for £30 million and since then he has managed to bag 31 goals in 128 appearances for the club across all competitions. 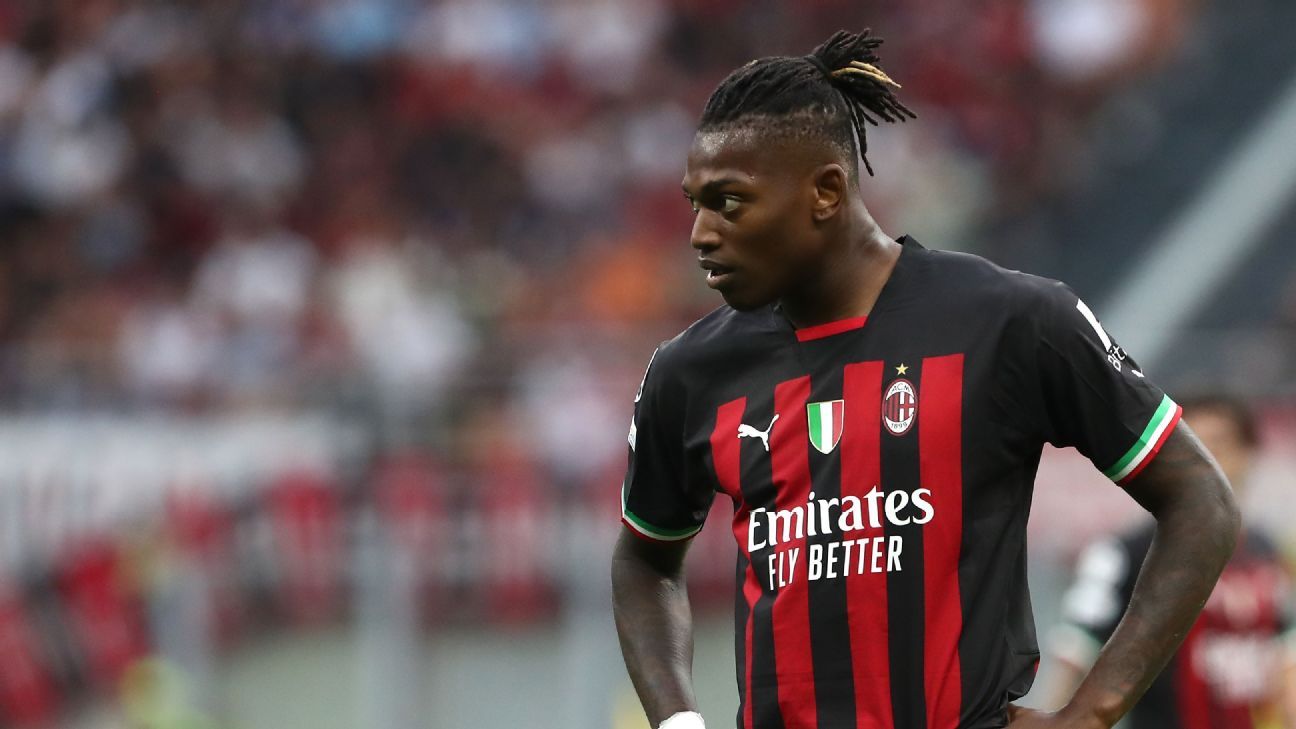