Following last night’s shocking defeat to newly promoted Fulham, the owners of Aston Villa Football Club have made an abrupt decision to sack Steven Gerrard from the Managers role, after 11 months in charge.

After evaluating the 42-year-old’s performance in those 11 months, it seems as if the Eygptian owner Nassef Sawiris wanted a change of direction for the team, and is now looking for the perfect candidate.

After being dismissed by Burnley in April, the 51-year-old has been looking for his next assignment in English football. Keeping the Clarets in the Premier League for 11 straight seasons is his greatest achievement to date.

His best season with the Lancashire side came in 2017-18 when they qualified for Europa League Play-Offf round, where they lost to Greek giants Olympiacos. This was also the Club’s first European outing since 1967, where they lost in the quarter-final of the Inter-Cities Fairs Cup to Eintracht Frankfurt.

What was so impressive about Dyche’s Burnley is they were so well-organized in terms of shape, which made them hard to beat, which is what a newly promoted side needs to be in order to have a long tenure in the Premier League.

Can he restore some of that steel and willingness to fight for results, should he get the opportunity?

Is it time for the Argentine to make a return to the Premier League? Pochettino’s first taste of Premier League Football came with Southampton in January 2013, where he guided the Saints to safety after Nigel Adkins left them languishing in the relegation Zone.

However, the Saints were unable to keep him as he was then interested in managing Tottenham Hotspur.

This is where he really started to prove his potential as a top-class manager. Making Spurs a big six club, that could consistently challenge for the top four, as well as reach a Champions League Final in 2019 is still his greatest achievement as a manager to date. He also came incredibly close to overpowering Antonio Conte’s Chelsea for the Premier League Title,

Paris Saint-Germain was his next assignment, but having won his first Ligue 1 Title and the Coupe de France, a falling out with the players was what cost him his job at the French Giants. Since then, the 50-year-old is searching for his next job, is Villa Park the next destination?

The Spaniard had a brief taste of Premier League football after he signed a two-year deal with Arsenal in 2018. However, missing out on a top-four finish, followed by a 4-1 defeat in the Europa League Final, was not the best start to his time at the Emirates.

In the following season, despite breaking the Club’s transfer record by bringing in David Luiz, Kieran Tierney, and Nicholas Pepe, A winless streak of seven games in November cost him his place at the club.

PSG, was where he endured most of his success as a manager, winning the Trophée des Champions(French Super Cup), Ligue 1 title in 2017-18, two Coupe De La Ligues, and two Trophee des Champions in 2016 and 2017.

Not to forget his two Europa League successes with Sevilla in 2014, and Villereal in 2021.

According to most sources, the 50-year old does seem interseted in the job.

Is it a risk worth taking, for the Midlands club?

The QPR boss is next on the list for the job. Although he is relativeley young in his managerial carear, sseeing the West London Club top of the EFL Championship table, represents a good start to his career.

Beale had previously worked under Gerrard at Rangers and Villa, but the question is, would the Club be prepare to appoint a former aasistant of a Manager, Who has just been sacked, probably not.

However, if you look at what Garry O’Neil is doing with Bournemouth since Scott Parker’s departure, per haps it could be aa tempory solution until the end of the Season.

But when your current club is performing so well, why would you want to move?

Hence this is the most unlikley option for the club to go with.

So these are the four canndidates for the hot seat at Villa Park, who will the owners go with? 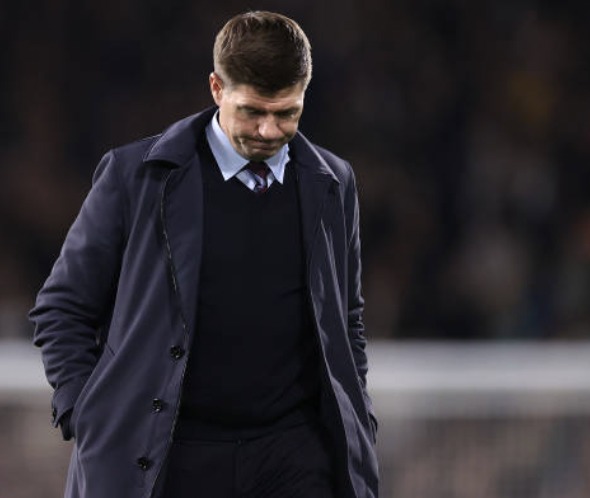