If you Google US Open Tennis Championships, you will find one of the most popular questions that people were asking is “will it even take place?”. Well that time has just arrived, the answer is a resounding yes and the US Open starts today – it will take more than a global pandemic to stop the fourth and final Grand Slam Tournament of the year.

The US Open has an interesting history.  Here are a few fun and interesting facts about the tournament.

To begin with, the Open hasn’t always been open! In fact, it wasn’t until 1968 that professionals were allowed to compete – previously only amateur players could enter the competition.  However, once open to professionals, the tournament started increasing its prizes.  In 1968, 63 women and 96 men entered the competition with prize money totaling… US$100,000.  Some players today wouldn’t even get out of bed for that!

It took till 1887 for women to be included in the tournament – six years after it started. Nevertheless, it has been something of a forerunner in terms of gender equality.  In 1973 it became the first Grand Slam tournament to offer men and women parity in terms of the prize money they received.  The winners that year – John Newcombe and Margaret Court (great name for a tennis player!) both won US$25,000.

Grass was last seen on the courts of the US Open in 1975.  There had been a number of moans and groans from players in previous years about the quality of the surface, so in 1975 the grass was replaced by clay.  It made the balls bouncier and as such was also an experiment to see if clay courts could make the game more exciting for people watching on TV.  The result was positive although the addition of floodlights the same year didn’t go down quite as well.

The tournament has quite a history, but as we have already mentioned, not always along the same terms.  It hasn’t always been in the same place, either.  In 1881 it was held for the first time – in Rhode Island (which may or may not be an indicator of the kind of people who were expected to participate).  Plus, it was by no means open – only members of the US National Lawn Tennis Association were allowed to enter.

As such it was something of an elite event with a limited number of players (all recognizably WASP). No surprise then that the first man who won the men’s singles, Richard Sears, went on to win it again another six times in the row. If the US Open had a “gene pool” at the time, then it wasn’t very big!

However, the rules were stacked in favor of the winner.  Between 1884 to 1911 a challenge system was in place. The previous year’s winner was automatically in the final.  So, for a number of his titles, Sears did not even have to fight his way through a number of rounds to get to the final. This thankfully changed the year before the Titanic sank.

The tournament is now situated in its third home.  Many complained that Rhode Island was quite a way to go when most tennis clubs were situated around New York.  So, in 1915 it moved to New York’s West Side Tennis Club.  Apart from a brief sojourn in Philadelphia (so that a new stadium could be built) it stayed there till 1977.

Then, it moved to the USTA National Tennis Center where it has been ever since.  However, this year there will be one big difference. No, make that one huge difference.  There will be no spectators.  As such, you will have to watch it and cheer on at home.  Perhaps a decision could be made to put “canned cheering” on the matches to make it seem like there is an audience? Perhaps I should shut up with silly ideas…  However it is played I am sure that this year will go down in history! 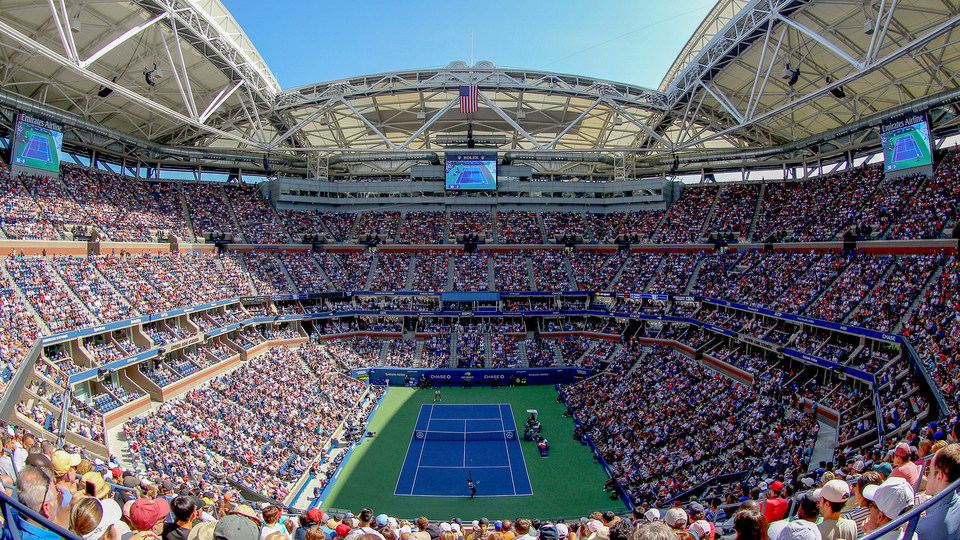