The Gallagher Premiership returns this weekend with Round 9 welcoming back players who have been away for the Autumn Internationals for the past month.

The Premiership Cup has taken over for the past 2 weeks, giving teams a chance to develop players and give opportunities to those on the fringes of league squads.

With the Leicester Tigers sitting out for their bye week, the rest of the league have a chance to close the gap to the top.

Bath have struggled greatly this season, currently sat rock bottom of the Premiership, scoring the fewest points in the division (126) and the fewest tries (14).

Bath are currently on the lookout to bring in a defensive coach with Director of Rugby Stuart Hooper saying to BBC Radio Bristol: “One [change] is around a defence coach, we are going to look to bring someone in as soon as we can. That is a pretty self-explanatory move and understood by lots of people internally to make that happen.”

Bath suffered a humiliating 71-10 loss to Gloucester in the Premiership Cup last time out and hosting 4th place in the league will be another tough test as they search for their first win of the season.

Exeter have also struggled in the cup over the past few weeks, losing against Bristol and Gloucester, leaving them bottom of Pool 1 alongside Bath.

The Chiefs welcome back Henry Slade after an impressive Autumn Internationals. The England number 13 provided a solid platform in the backline whilst dazzling with his passing. His return will be a big boost for Exeter.

Bristol Bears host the Northampton Saints at Ashton Gate on Friday, looking to close the gap between the sides and climb up the table.

The Bears had been heating up for the first time this season with wins over London Irish, Worcester Warriors and Exeter Chiefs, but last weekend their momentum was crushed in a 68-13 cup defeat to Worcester.

It has always felt like a matter of time before Bristol would turn things around, having finished with the best record in the league last season. Friday night will tell us whether last weekend was just a blip or if Bristol are really over their slump.

Northampton themselves are in a slump over recent weeks, losing their past 4 games, against Leicester Tigers and Sale Sharks in the league followed by two close losses to London Irish and Harlequins in the cup.

The return of internationals should give the Saints a much-needed lift as they look to pick up their first win in over a month.

The Worcester Warriors travel to Kingston Park Stadium to play the Newcastle Falcons on Friday night.

Newcastle have had an up and down run so far this season, struggling to build any kind of consistency in their results, leaving them sat in the middle of the Premiership table.

The pattern continued in the cup, beating the Wasps in their opening match before losing to Sale Sharks in their second.

Newcastle have won the last 4 meetings between the sides at Kingston Park so despite their inconsistency this season, Friday night’s game has history on their side.

Worcester have struggled in the Premiership so far, sat 12th with the 2nd fewest points scored (138) and the most points against (287).

They have found it difficult to stop the bleeding in the league but triumphantly overcame Bristol in the cup with a 10-try 68-13 victory last weekend. The cup performance provides obvious inspiration as the league gets back underway.

The Wasps welcome Gloucester Rugby to the Coventry Building Society Arena on Friday.

Wasps welcome back Jonny May amongst other internationals for the game, whilst Josh Bassett will start at centre for the first time in his career.

Wasps have lost 3 in a row since the start of November, including a bleak start to their cup campaign, losing the Newcastle Falcons in Round 1 before being held to just 7 points against the Leicester Tigers.

The Premiership Cup treated Gloucester well over the past two weeks, seeing them pick up big wins over Bath and Exeter.

They currently sit 6th in the league with 3 wins, 3 losses, and 1 draw but will be buoyed by the news of 4 players signing contract extensions over the past week.

It was a productive Autumn Internationals for Quins’ England quartet, with all four featuring during the 27-26 victory over South Africa last weekend.

Harlequins will hope the return of key players will spark some consistency into their game, having been on a mixed run which has included losing to London rivals Saracens twice in the past month.

ALSO READ:  Big Friday Night Ahead In Round 2 Of The Premiership Cup

The exciting nature of their games has resulted in 3 draws from 8 games so far in the Premiership, but they have since beaten Northampton and Saracens during their perfect start to the cup.

Saracens play host to the Sale Sharks at StoneX Stadium to cap off Round 9’s action on Sunday afternoon.

Saracens have been flexing their muscles of late, winning 5 of their last 7 in all competitions, only drawing with London Irish in the league and losing to Irish in the cup.

Luckily for Saracens, London Irish will not stand in their way this weekend.

Saracens currently boast the most points in the Premiership (265) alongside the fewest points conceded (133).

Sale suffered a significant injury of their own during the Autumn Internationals with Manu Tuilagi tearing his hamstring in the process of scoring England’s opening try against South Africa. The injury will keep Tuilagi out of action for around 6 weeks.

In terms of results, Sale sit 8th with a -1 points difference. They, like several others, are sat in the middle of the pack struggling to find consistency, so will hope the returns of Tom Curry and new England starlet Raffi Quirke will fire them into form. 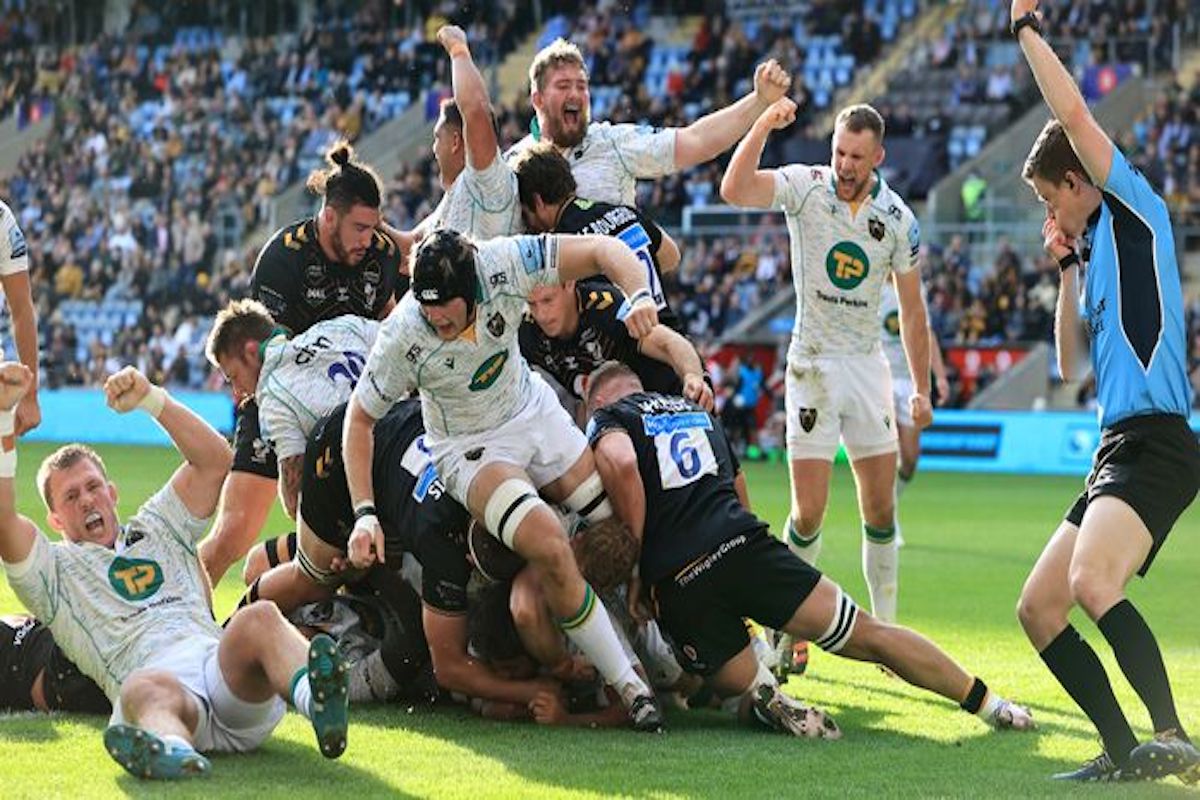