The Ladbrokes Winter Festival at Newbury gets underway on Friday 26th of November, culminating in the Grade 3 Ladbrokes Trophy over 3m2f on Saturday.

To racegoers and punters alike, the Ladbrokes Winter Festival race at Newbury will always be known as the Hennessy.

The Hennessy Cognac Gold Cup was established in 1957, first run at Cheltenham before moving to its current home in 1960. The sponsorship of the race, by the Hennessy family, was the longest commercial sponsorship in British racing until 2016, when the 60th Hennessy Gold Cup was run for the final time.

Recent winners of the race include the 2016 winner, the Colin Tizzard-trained, Native River who went on to win the Cheltenham Gold Cup the following March. Two years before that, Many Clouds won the race, before becoming the first horse to win the Hennessy Gold Cup and the Grand National, at Aintree, in the same season.

In the last four years of the Festival, the leading trainer is Nicky Henderson.

The handler has saddled 12 winners at this meeting since 2017, returning figures of a 24% strike rate from 49 runners going to post, a further 14 runners hitting the frame.

Since 2017 the trainer has had at least two winners at the meeting, five landing the spoils in 2019 when Son Of Camas, Champ, Floressa, The Cashel Man and Epatante were all first past the post.

It’s difficult to nail down the Henderson winners to one specific ‘race-type’ over the weekend, but it can be more profitable to consider the trainers’ declared runners in novice chases and handicap hurdles.

Henderson is three from three in the Novice chases at the Newbury Winter Festival, with Santini in 2018, Champ, 12 months later, before Caribean Boy won for the trainer in 2020.

The trainer has a 24% strike rate in Handicap Hurdles over the two days, four winners from 17 facing the starter, a further four runners claiming prize money.

Don’t be put off by Henderson runners that may be a little big in the betting, The Cashel Man won the 2m5f Handicap Hurdle in 2019 at odds of 9/1, while jockey Jeremiah McGrath steered home Floressa 12 months ago in the Listed Intermediate Hurdle at 10/1.

With the above information in hand, it may pay to give consideration to Lecale’s Article, (1.50 Saturday).

It is a wide-open contest, at the time of writing, with five of the 11 runners at the top of the market with just one point between them in the betting.

The Paul Nicholls-trained, Calva D’Auge won over CD in December and arrives here on a hat-trick, following wins at Taunton at the end of last season and earlier this month at Kempton. The Philip Hobbs-trained Masters Legacy is with Calva D’Auge at the top of the market, both currently trading at 6/1. The six-year-old was in good form this time last year and landed the spoils on seasonal debut this time round at Chepstow last month.

The veteran, Ch’tibello has run well in defeat on a couple of occasions this term, but will need to step up a gear in this contest to see off the likes of Glory And Fortune for the Tom Lacey yard. The six-year-old is an improving sort and is back in calmer waters here following a defeat in the Grade 3 Greatwood Hurdle at Cheltenham earlier this month.

Lecale’s Atrtist, for trainer Nicky Henderson, has been brought along nicely by his handler and can give a good account on seasonal debut at an each-way price of 7/1. 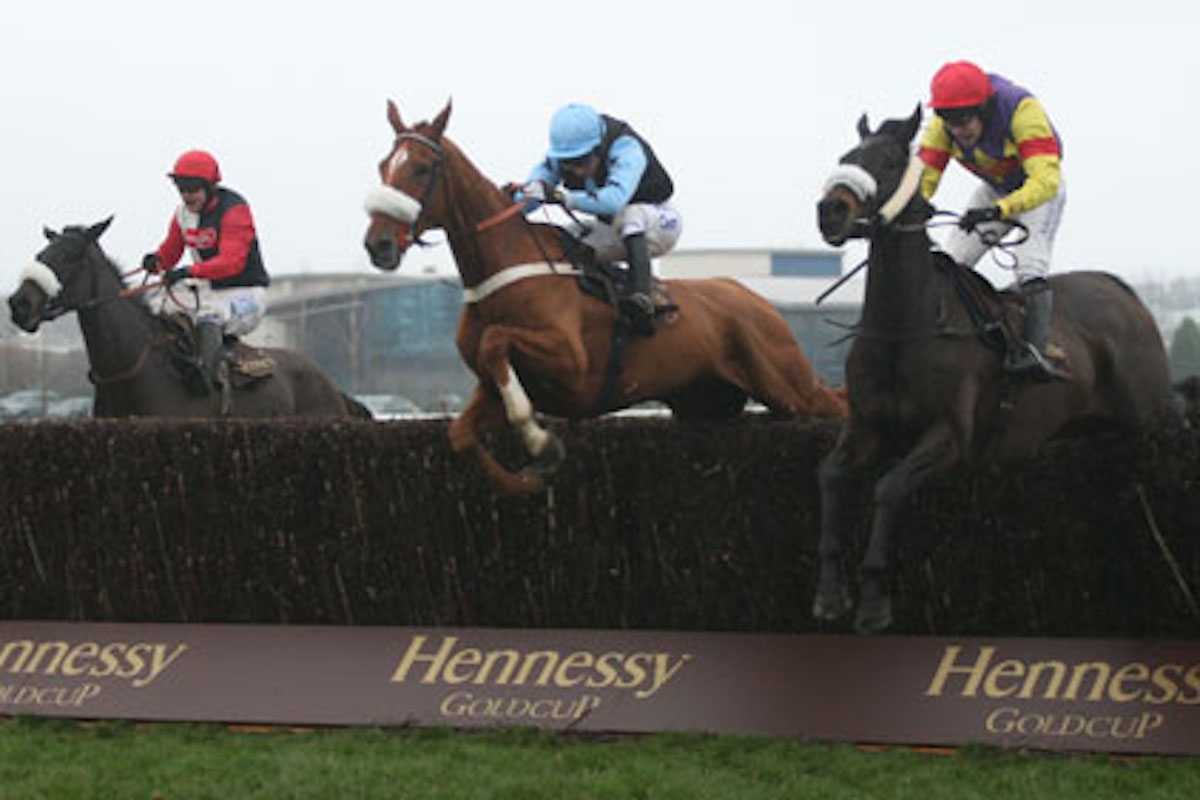