Gujarat Titans became the sixth franchise to win the IPL in 14 editions thanks to Skipper Hardik Pandya’s 3-17, and Shubman Gill’s unbeaten 45 off 43, which saw them beat Rajasthan Royals by seven wickets.

The Narendra Modi Stadium, Ahmedabad was the venue for a mouthwatering clash between the top two teams of this year’s Indian Premier League.

Pandya’s Titans and Sanju Samson’s Royals had finished 1st and 2ns during the League phase and played in the 1st Qualifier of the play-offs.

The Titans prevailed in that contest by seven wickets, thanks to David Miller’s 68 off 38.

While the Royals saw off Royal Challengers Bangalore by seven wickets in Qualifier 2, thanks to a fine century by Orange Cap winner, Jos Buttler.

It was Sanju Samson, who won the toss for the Royals and elected to bat first.

Yaashasvi Jaiswal got the men in pink off to a decent start at 31-0 in 3.5 Overs.

Before he pulled Yash Dayal straight to Sai Kishore for 22 off 16,

Buttler and Samson steadied the innings, with a partnership of 30.

However, the partnership only lasted until the second ball of the 9th Over, as the Royals’ Skipper went fur and audacious heave off Pandya and skied it to Kishore at Third man.

Devdutt Padikkal followed soon after for 2 at 79-3.

And Pandya had Buttler as his second scalp when the England superstar nicked off to keeper Wriddhiman Saha. This was a huge blow for the Royals as he was the leading run-scorer of this year’s IPL.

Things got even worse for the Royals as the Titans’ Captain caught Shimron Hetmyer off his own bowling for 11, at 94-5.

And Ravichandran Ashwin became Sai Kishore’s first wicket of the match at 98-6.

Riyan Parag and Trent Boult got the Royals past 100.

But in search for quick runs, Boult’s heave off Kishore found the hands of Rahul Tewatia at Long Off at 112-7.

Parag and McCoy tried to give the Royals a respectable score.

But the wicket of Parag, summed up their innings, as they could only manage a mediocre score of 130-9

Samson knew that his side needed early wickets, and they got off to the perfect start when Wriddhiman Saha was clean bowled by Prasidh Krishna for five at 9-1.

Matthew Wade got Titan’s chase underway with a six, over fine leg.

Before clipping Boult to Parag at short mid-wicket for eight at 23-2.

Shubmani Gill’s 63-run stand with Pandya steadied the chase for the home side, the Titans looked to be cruising to victory.

But the Captain was undone by a fine piece of bowling by Yuzvendra Chahal, who had him caught by Jaiswal at slip for 34, leaving the home side 86-3, still needing a further 45 runs from 41 balls.

The game was on a knife-edge and both Gill and Miller knew they needed one more partnership to take them home.

And the South African left-hander’s cameo of 32 from 19 was enough to see the Titans over the line, as Gill finished off the final in style with a six, over cow corner.

In the post-match presentation, Pandya praised his team as well as himself, for an outstanding first season.

“I wanted to show what I had worked hard for,”  “Today was the day I saved the best for. “I will take the trophy any day over striking at 160 [with the bat]. My team comes first for me.”

A spare of thought to the Royals, who also had a terrific season, winning nine of their 14 League games, They just weren’t able to get any substantial partnership going throughout their innings, and that’s what cost them. However, that was because of the great discipline shown by the Titans with the ball and on the field, especially in the first six overs.

So that’s it for another season of the IPL, what will happen next year?

Find out on World In Sport. 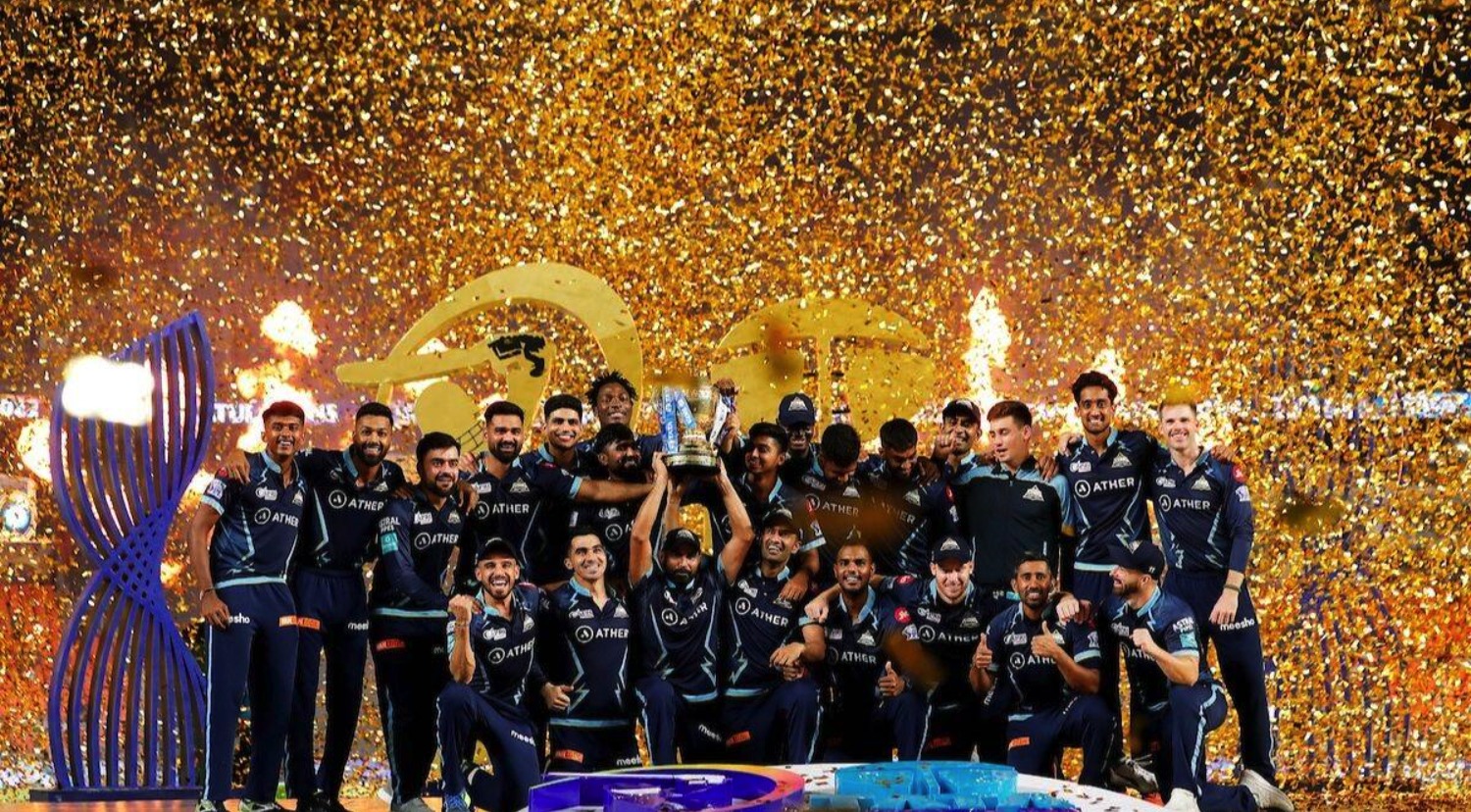