It comes as no surprise that the higher a team’s goal difference, the more points they attain, and the higher up the table they end up finishing. 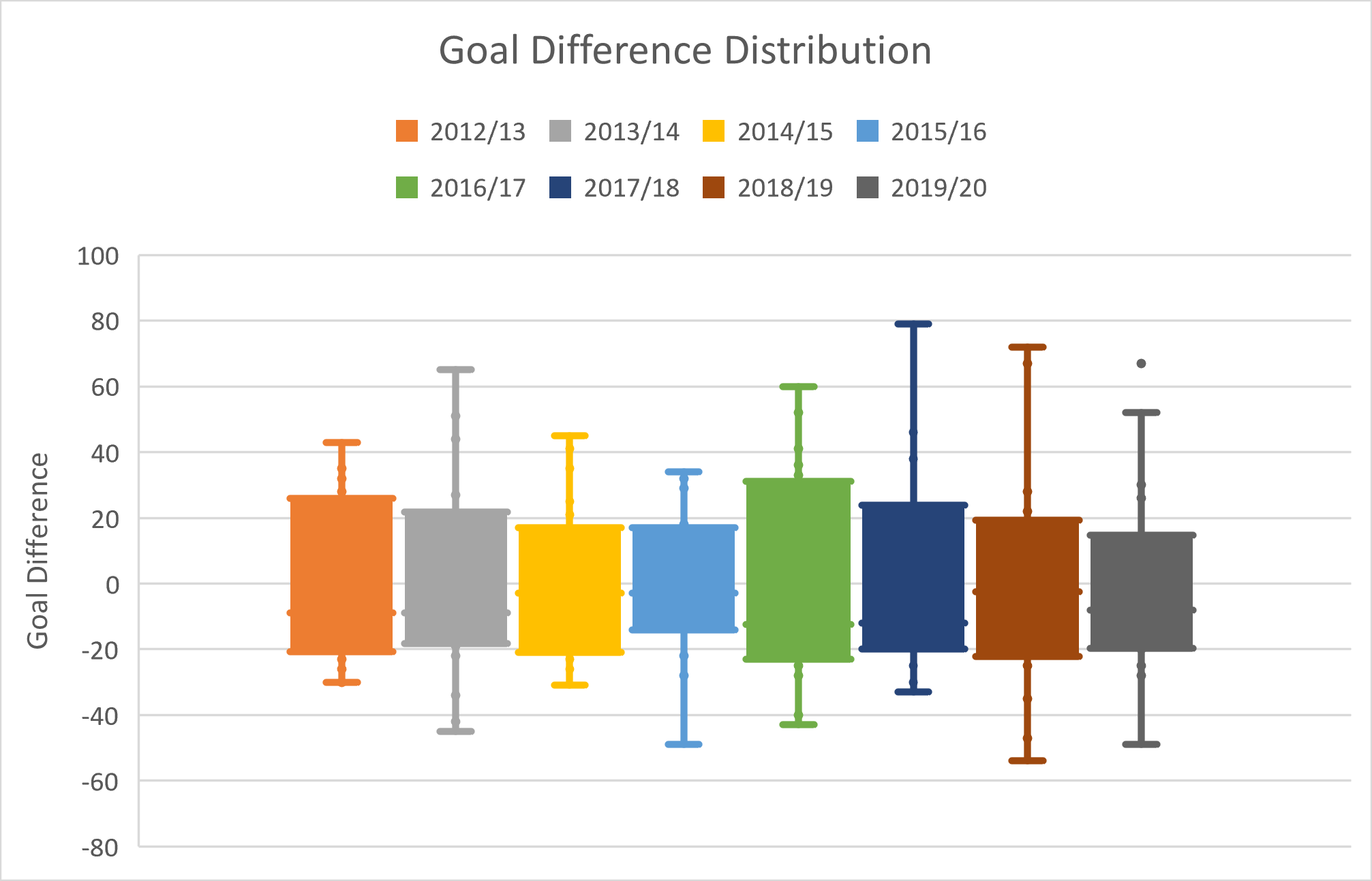 Over the last eight years in the Premier League, goal difference distributions have ranged, but every season, the bulk of goal differences for teams remain between 14 and -14.

There have been differences in the largest (positive and negative) goal differences over the years.

For example, in the last eight completed seasons, Leicester City as champions in 2015/16 had the lowest goal difference in recent times (32).

Only third-placed Tottenham had a better goal difference than the champions that season (34).

That, in itself, is not a rare occurrence, being league champions does not mean having the best goal difference in the league.

In fact, on average, Manchester City has ended each of their last eight campaigns with a goal difference of almost 54 – largely since, and thanks to, Pep Guardiola.

Since his arrival at The Etihad, the lowest goal difference his team has ended with was 41, in his first season – the highest was 79 the following season, and his Manchester City teams have averaged a goal difference of 64.8.

Given the Citizens’ average goal difference since the Catalan took over, that places Manchester City as Premier League champions.

There are clear linear discrepancies as one moves down the league positions in the table.

A similar difference occurs between 7th and 8th place in the Premier League – teams that finish eighth tend to have a goal difference that is almost 13 less than seventh place.

Ninth placed teams tend to be the first team with a negative goal difference in the Premier League – that did not occur in 2014/15 and 2018/19, and last season saw 9th placed Sheffield United end with a goal difference of 0.

Where this correlation gets muddled is between 11th and 12th placed teams – 11th placed teams tend to have a worse goal difference than the team that finished one place below them (-9.1 and -8.5).

In his first season as the Citizens’ manager, Guardiola finished a disappointing third in the league behind Chelsea and Tottenham.

It was also his lowest goal difference as a manager since coming to England (41) – since then, in chronological order, there have been goal differences of 79, 72, 67, and Guardiola is currently working on improving the Citizens’ goal difference of 47 with four games left to play in the 2020/21 season.

Three of the four-goal differences achieved by Manchester City in the last four Premier League campaigns have been the highest for that specific season – again, only his maiden season was that not the case. 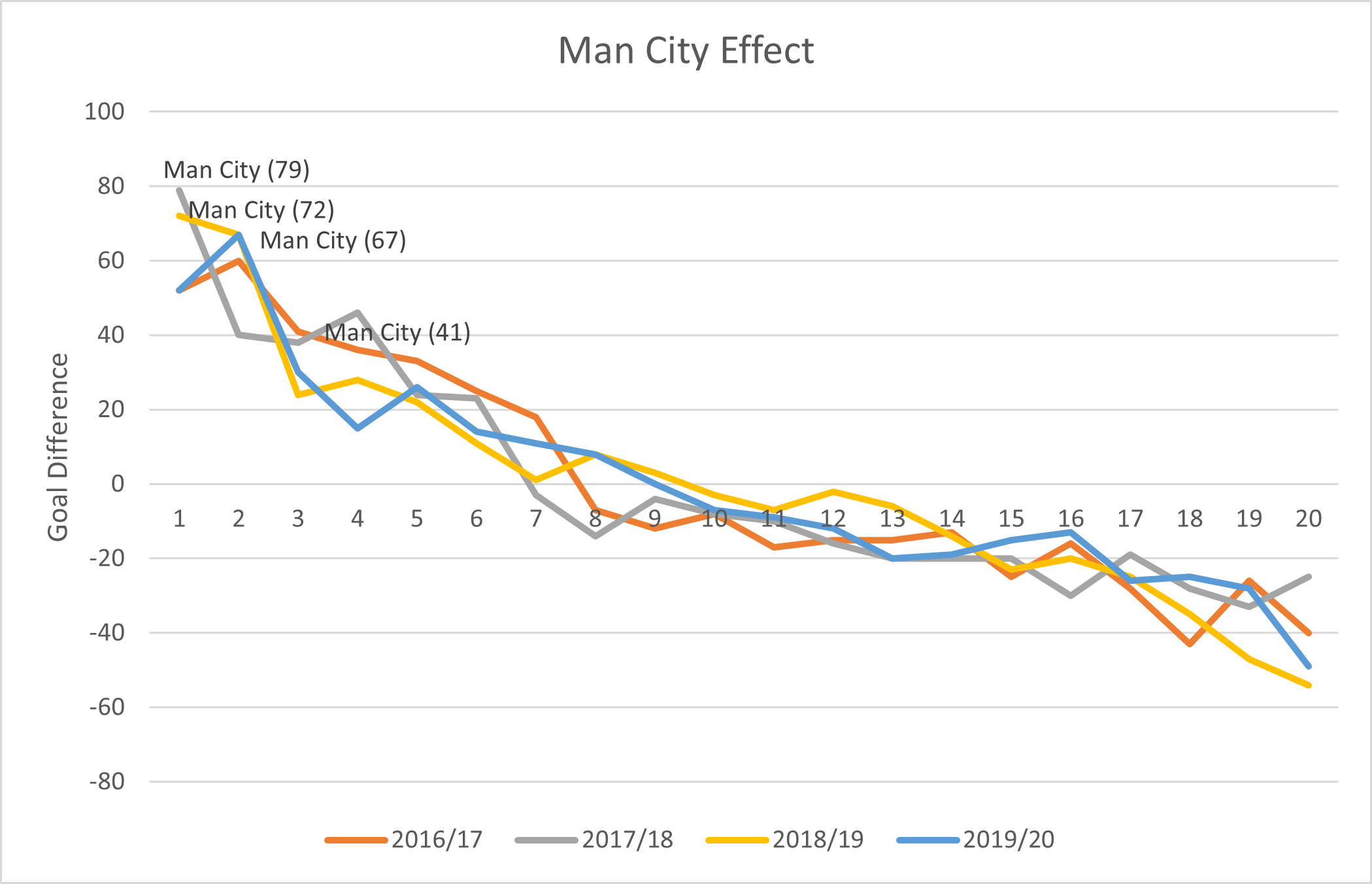 In the four seasons before taking over, the average highest goal difference was 46.8 – in the last four years that has increased to 69.5.

It is not all down to Manchester City, of course. Last season’s champions, Liverpool have scored 174 league goals in the last two completed campaigns – Manchester City has scored 197 goals.

These goals have influenced goal differences across the Premier League as well – teams that finished in the top 10 between 2012/13 and 2015/16 had a cumulative goal difference of -782. Since Guardiola joined Manchester City, that has increased to -934.

Goal difference is a reliable and robust way to look at how teams have done over the course of a league season.

The higher a team’s goal difference, the more points they tend to have accumulated, and thus the higher up in the league a team tends to finish.

There have, of course, been exceptions to this rule – but this trend is strong and clear.

Since Guardiola traded his year off for the Manchester City hot seat, the Citizens have only added to the correlation between higher goal differences and finishing higher up the league.

And how. What used to be an average goal difference for champions at 45.2 has become 63.8 since Guardiola started plying his trade in the Premier League.

Manchester City has broken a few records under Guardiola – reaching 100 points and scoring 106 goals in the 2017/18 season.

Are they now about to embark on setting a new standard and record for goal differences? 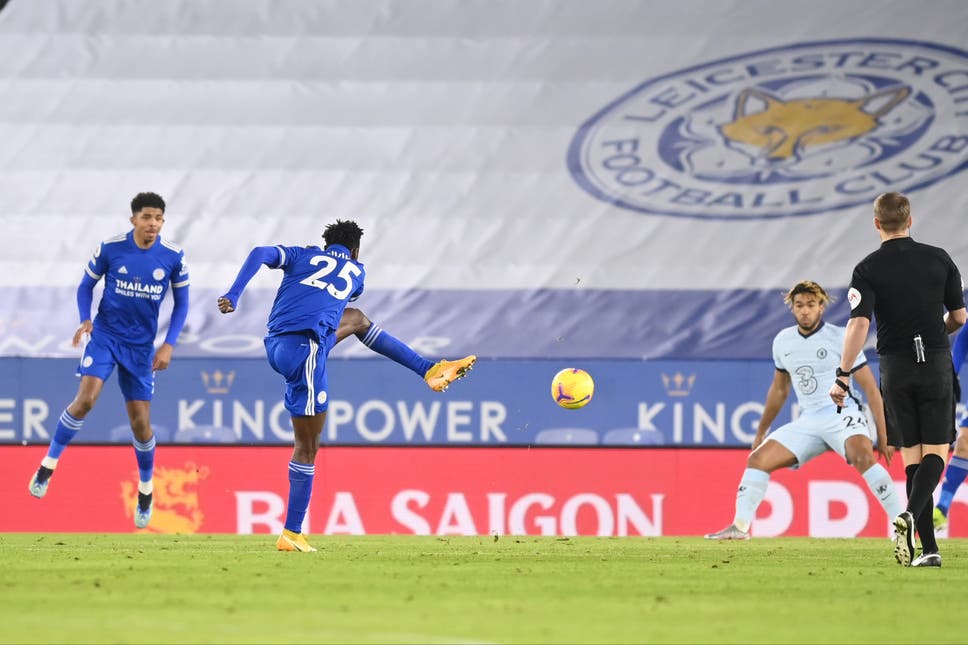