If there ever was a need for a definitive win this season for the Miami Heat, it would have to come against the top team in the league in the Milwaukee Bucks. The last time these two teams faced off was early in the season, where Miami won in an overtime thriller against Milwaukee without Jimmy Butler.

The Heat dropped four of their last five games, only to come back and win two in a row on their home court. Despite still not having Meyers Leonard and rookie Tyler Herro, both of whom were still recovering from their ankle injuries, Miami’s bench helped out and became difference makers throughout the contest, mainly Kelly Olynyk and Goran Dragic.

It looked as if the Bucks were going to take the lead and go on a big run, but Miami’s defense stepped up in a huge manner, shutting down the Bucks’ offense altogether. Giannis Antetokounmpo was stifled a few times on defense by the Heat, which forced Milwaukee to look for other scoring options from Khris Middleton, Brook Lopez, and Donte DiVincenzo.

Miami becomes the only team to defeat the Bucks twice this season. The Heat are now 19-0 when they have the lead heading into the fourth quarter. It should be also noted that Miami snapped Milwaukee’s 100 plus point streak, which was at 89. Miami still stands at fourth place in the Eastern Conference.

For the Bucks, Brook Lopez led the way with 21 points, George Hill and Khris Middleton had 12 points each, Donte DiVincezo made 11 points, and Giannis Antetokounmpo with a double-double of 13 points and 15 rebounds.

For the Heat, Jae Crowder and Jimmy Butler had 18 points each, Goran Dragic made 15 points, Kendrick Nunn with 13 points, Kelly Olynyk had 11 points, and Bam Adebayo with a double-double of 14 points and 13 rebounds.

The Heat continue their home stand as they face state and division rival Orlando Magic. Game starts Wednesday at 7pm on Sun Sports. 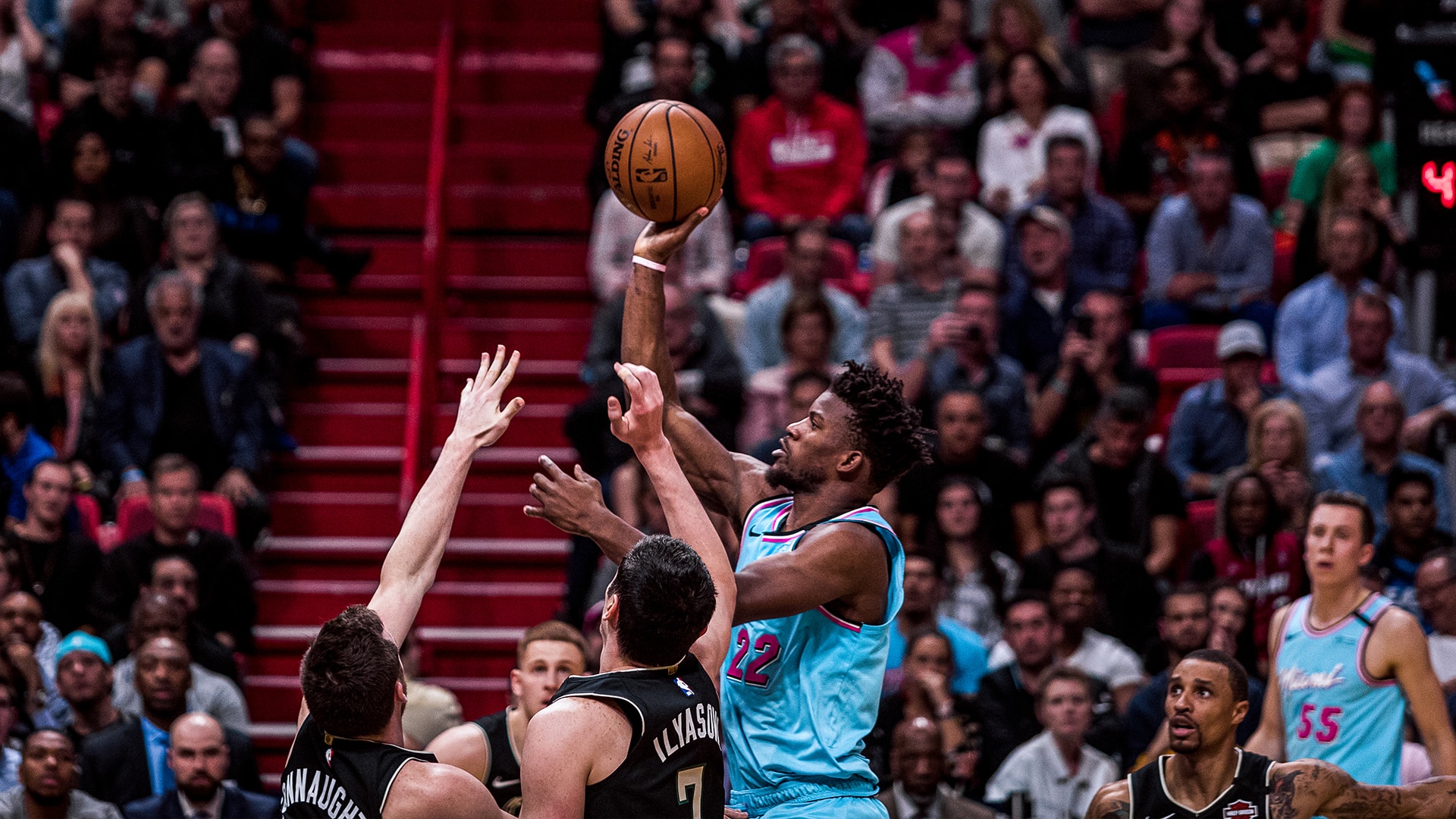