Two days removed from their recent win, the Miami Heat would face the Atlanta Hawks once again, this time as the visiting team in State Farm Arena. Heading into this game, the Heat would be without Justise Winslow, who is nursing a back injury.

Cam Reddish made two free throws to get the Hawks on the board, followed by a three-pointer from Alex Len. The Heat would get themselves on the board with a pair of dunks from Bam Adebayo and undrafted rookie Kendrick Nunn. After a few baskets from Reddish and Kevin Huerter for the Hawks, the Heat answered with offense from Nunn, Adebayo, Meyers Leonard and Duncan Robinson. With the Hawks leading 14 to 12, the Heat went on a fifteen to one run, taking a 23 to 15 lead. Jimmy Butler would get himself going with a dunk for the Heat, followed by a basket from Adebayo. The Hawks ended the first quarter on an eight to one run as the Heat led 30 to 26.

Heat rookie Tyler Herro got himself on the board as he made a three-pointer, followed by baskets from Robinson and Chris Silva. After a layup each from Reddish and Jabari Parker for the Hawks, Kelly Olynyk knocked down a three-pointer, increasing the Heat’s lead. With the Heat ahead 48 to 35, the Hawks closed the second quarter on a thirteen to four run, with the Heat leading 52 to 46.

As the fourth quarter commenced, Vince Carter, Tyrone Wallace, and Parker looked to the Hawks on a scoring run to take the lead, but the Heat responded with free throws from Goran Dragic, a layup from undrafted rookie Chris Silva, and a three-pointer from Herro. With the Heat leading 92 to 83, Herro came through with a flying rebound and layup, while the Hawks answered back with a three-pointer from Huerter and a layup from DeAndre’ Bembry. With the Heat leading 94-88, the Heat went on a ten to nothing run, led by Leonard, Nunn, and Herro, before Parker ended it with two breakaway dunks. The Hawks tried to mount a comeback, but it was too late as the Heat would go on to win 106 to 97.

The Heat continue to be on a roll, winning four of their first five games of the season. Their young core of Tyler Herro, Chris Silva, and Kendrick Nunn continue to impress with their offense and their grittiness, which is always the standard for the Heat, along with defense. Along with the veterans, we are seeing a Heat team that is going to formidable to face this season.

For the Heat, Kendrick Nunn led the way with 28 points, Tyler Herro made 17 points, Meyers Leonard had 16 points, plus Bam Adebayo and Duncan Robinson with 12 points each.

For the Hawks, Jabari Parker had 23 points, John Collins and Tyrone Wallace made 12 points each, and DeAndre’ Bembry with a double-double of 18 points and 10 rebounds.

The Heat will return back to the American Airlines Arena for Sunday’s game against the Houston Rockets. Game starts Sunday at 6pm and will be televised locally on Sun Sports. 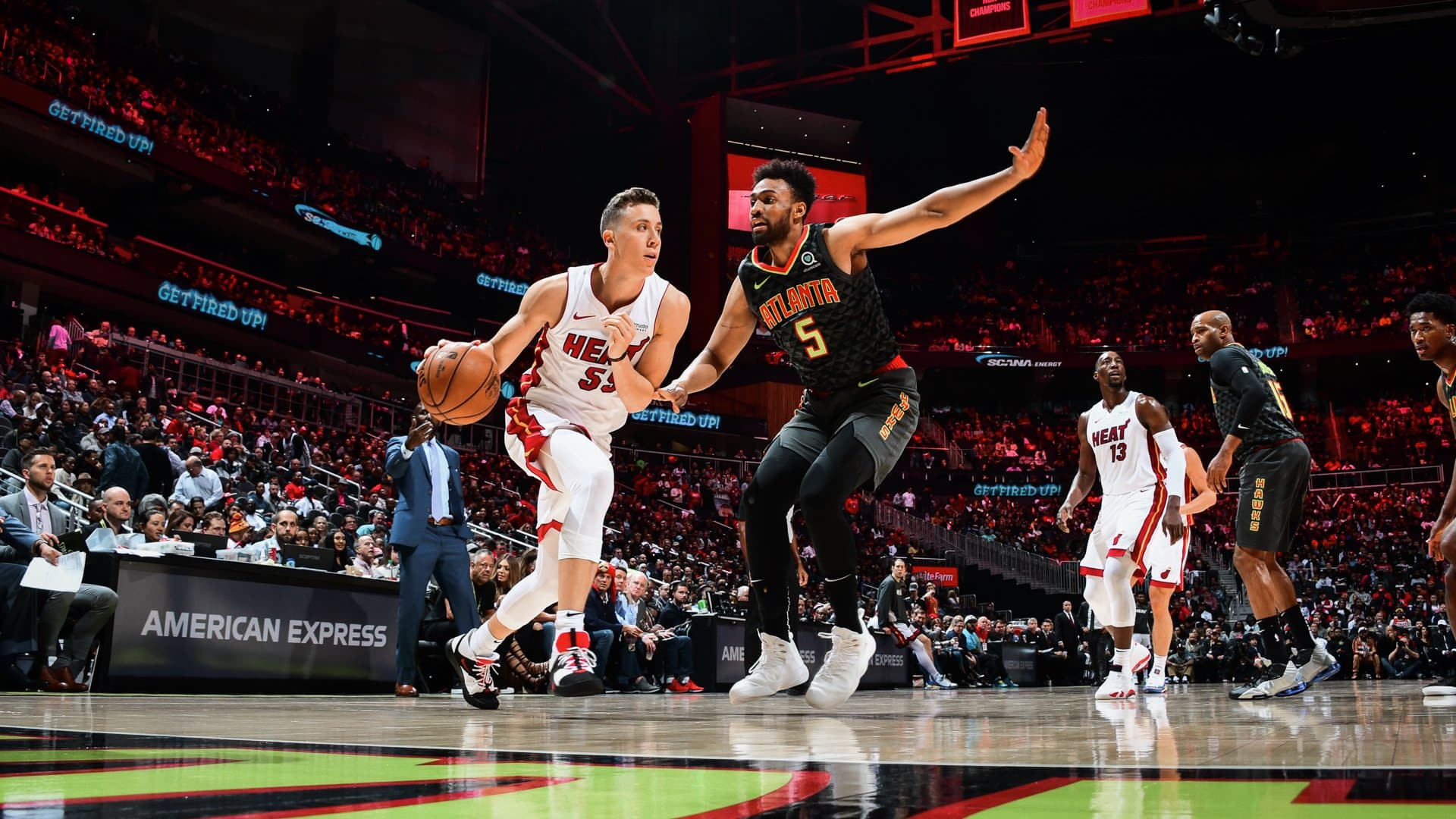