Hampshire batsman James Vince hit a fluent 59 as England triumphed over New Zealand in Christchurch. In the first of a five match T20 series, New Zealand batted first and stuttered to 153-5, with Chris Jordan taking 2-28. In reply, Vince’s half-century was well-supported by 35 from Jonny Bairstow and 34 not out from Eoin Morgan, as England reached their target comfortably with nine balls to spare.

England captain Morgan – in charge of an experimental squad for this series – won the toss and and had no hesitation in putting the home side into bat, on what was a two-paced pitch. The Kiwis immediately struggled to pick up any momentum, and when Sam Curran dismissed opener Martin Guptill, New Zealand had only mustered six runs from their first 15 balls. Colin Munro, Tim Seifert and Colin de Granhomme all briefly threatened to break free from the shackles, however all fell shortly after hitting sixes.

The innings was anchored by Ross Taylor’s 44 from 35 balls, but only late assault from Daryl Mitchell ensured that the home side reached a below-par but acceptable target. All England bowlers bowled well, using the conditions to their advantage and all going for economy rates under 8.25.

In reply, Jonny Bairstow looked in good touch as he got England’s innings off to a good start, despite Dawid Malan struggling for ryhthm and falling for 11. It was a surprise when Bairstow picked out Gupitll in the deep off the impressive bowling of Mitchell Santner, however Vince continued the inning’s momentum and hit a couple of extraordinary shots, including a flat batted swat for six off the bowling of Tim Southee.

Vince looked to be leading England all the way to their target, however he fell in similiar fashion to Bairstow, finding Guptill in the deep off a Santner full toss. Happily for England fans though, Eoin Morgan saw off any fears of a potential collapse stemming from Vince’s dismissal, with his unbeaten 34 – off just 21 balls including four fours and a six – seeing the away side home without any alarm.

In a game where England adjusted the conditions far better than their opponents, the England skipper was unsurprisingly delighted with the win, in particular singling out debutants Sam Curran and Pat Brown, who both took 1-33 from 4 overs, for praise. “The game was won and lost in the first innings – I thought our bowlers did an absolutely outstanding job,” he told Sky Sports after the game. “I thought Sam Curran and Pat Brown really did step up to the mark and take advantage of what was probably a two-paced wicket. We chased probably 20 below par and when you do that with a strong batting line-up it makes it easier.”

With numerous senior players rested for this series – who are more-or-less guaranteed a spot on the plane to Australia for the World Cup next year – Vince and co will no doubt be looking to pick up from where they left off here, for the second game of the series in Wellington. 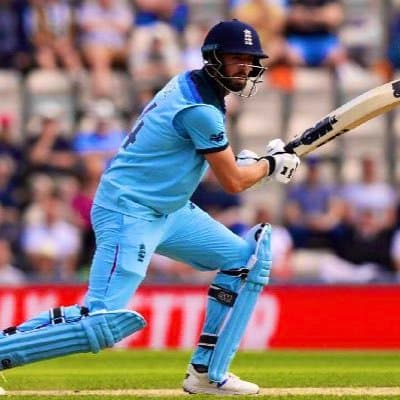