After coming up big against the Philadelphia 76ers on Wednesday, the Miami Heat returned back to the American Airlines Arena to face the New York Knicks. Last season, the Heat got some win over the Knicks. Heading into this game, the Heat would be without Justise Winslow, James Johnson, and Dion Waiters, but Goran Dragic would return back to their rotation.

Meyers Leonard and Bam Adebayo got Miami on the board with a dunk and a basket, while Marcus Morris Sr. and Julius Randle tied the game for New York with baskets of their own. After a basket from rookie RJ Barrett for the Knicks, rookie Kendrick Nunn and Duncan Robinson were knocking down three-pointers to put Miami ahead 15 to 6. The Heat continued scoring, en route to their 16 to 4 run, before Morris Sr. ended the run with a layup for the Knicks. With Miami leading 28 to 14, they closed the first quarter on an eleven to six run as the Heat led 39 to 20.

Mitchell Robinson and Bobby Portis picked up the Knicks offense in the second quarter, while Derrick Jones Jr. and Kelly Olynyk made three-point plays for the Heat. After a three-pointer from Portis, rookie Tyler Herro knocked down a bucket for Miami, followed by Jones Jr. catching an alley-oop. With Miami leading 49 to 27, Knox and Randle looked to chip away at the Heat’s lead, but Miami continued to build upon their lead. With the Heat leading 56 to 32, the Knicks went on a fifteen to fourteen run to end the second quarter as Miami led 70 to 47.

In the third quarter, Nunn came out charging with a breakaway dunk for the Heat, followed by a three-pointer from Robinson, while Morris Sr. and Randle continued to make basket for the Knicks. With Miami leading 80 to 51, Adebayo took over the Heat’s offense, while Randle, Portis, and Elfrid Payton were still putting up shots for the Knicks. With Miami leading 93 to 64, New York went on a eleven to five run to close the third quarter with the Heat leading 98 to 74.

As the fourth quarter commenced, the Knicks continued on their scoring run from the third quarter, going on a twenty-two to six run. With Miami leading 104 to 86, Dragic knocked down a pair of three-pointers for the Heat, followed by giving an assist for a Chris Silva alley-oop, giving Miami a 112 to 89 lead. The Knicks continued catching up to Miami’s lead, but the Heat’s bench were still making their shots fall as Jones Jr. and Dragic led the way. As Miami led 118 to 101, New York went on a thirteen to eleven run to close the game as Miami would go on to win 129 to 114.

The Heat dominated this game from start to finish. Not only did Miami went wire to wire against the Knicks, but the return of Goran Dragic propelled them even further with their victory. The Heat are 12-1 at home and 11-1 against sub .500 teams. Duncan Robinson also recorded multiple 3 pointers in 14 games for Miami.

For the Knicks, Bobby Portis led the way with 30 points, Mitchell Robinson had 18 points, Marcus Morris Sr. made 15 points, Julius Randle had 13 points, and Kevin Knox II with 11 points.

For the Heat, Bam Adebayo made 20 points, Duncan Robinson and Goran Dragic with 18 points each, Kendrick Nunn had 15 points, Derrick Jones Jr. made 14 points, and Kelly Olynyk with a double-double of 10 points and 10 rebounds.

The Heat have the weekend off, but they’ll return back to action as they face the Utah Jazz. Game starts Monday at 7pm, and will be on Sun Sports. 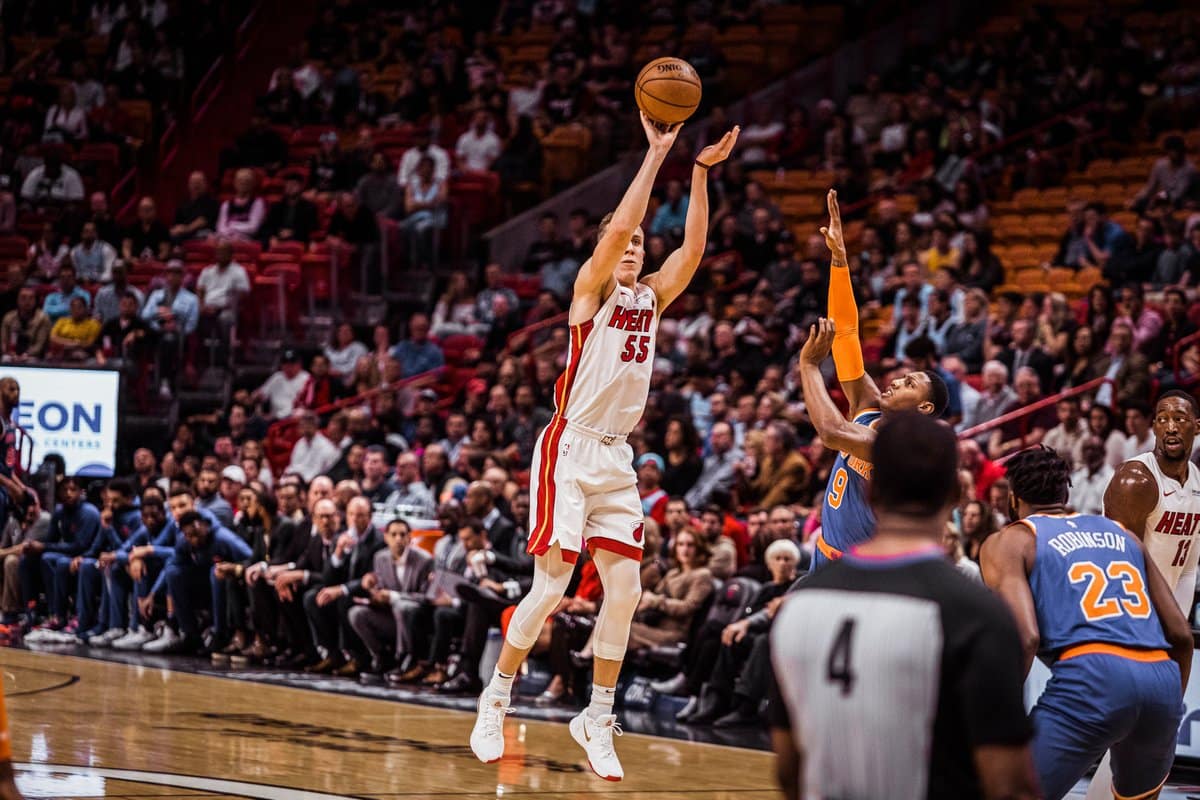