The Miami Heat were riding high off of a four-game winning streak as they face the New Orleans Pelicans at the Smoothie King Center. The Heat held the longest win streak in the East before the contest, which was nothing short of physical.

The Pelicans went on a few runs in the second and third quarter, but the Heat would go on a rally in the fourth quarter, thanks to Jimmy Butler and Duncan Robinson. Miami were in striking distance of taking the lead and winning the game, but baskets from Lonzo Ball and Brandon Ingram halted the Heat’s momentum late in the game.

Heat forward Jae Crowder would exit the game after catching an elbow to the jaw from rookie Zion Williamson, which brought on Solomon Hill to finish the game for Miami on his behalf. Hill made a three-pointer to help bring the Heat within range of taking the lead.

More importantly for Miami, the lack of rebounds and missed three-pointers, two key components that are synonymous with the Heat’s game, hindered them, however, Miami would end Zion Williamson’s 20 point plus streak at 13. While on the subject of positives for Miami, Duncan Robinson made 8 three-pointers, leading to having the most threes made in a single season, overtaking Wayne Ellington’s record.

For the Heat, Jimmy Butler led the way with 28 points, Duncan Robinson had 24 points, Goran Dragic made 15 points, and Andre Iguodala with 10 points.

For the Pelicans, Jrue Holiday made 20 points, Zion Williamson had 17 points, Lonzo Ball with 16 points, Brandon Ingram made 12 points, and Josh Hart with a double-double of 19 points and 12 rebounds.

The Heat look to finish their quick road trip as they visit the Washington Wizards. Game starts Sunday at 7pm on Sun Sports. 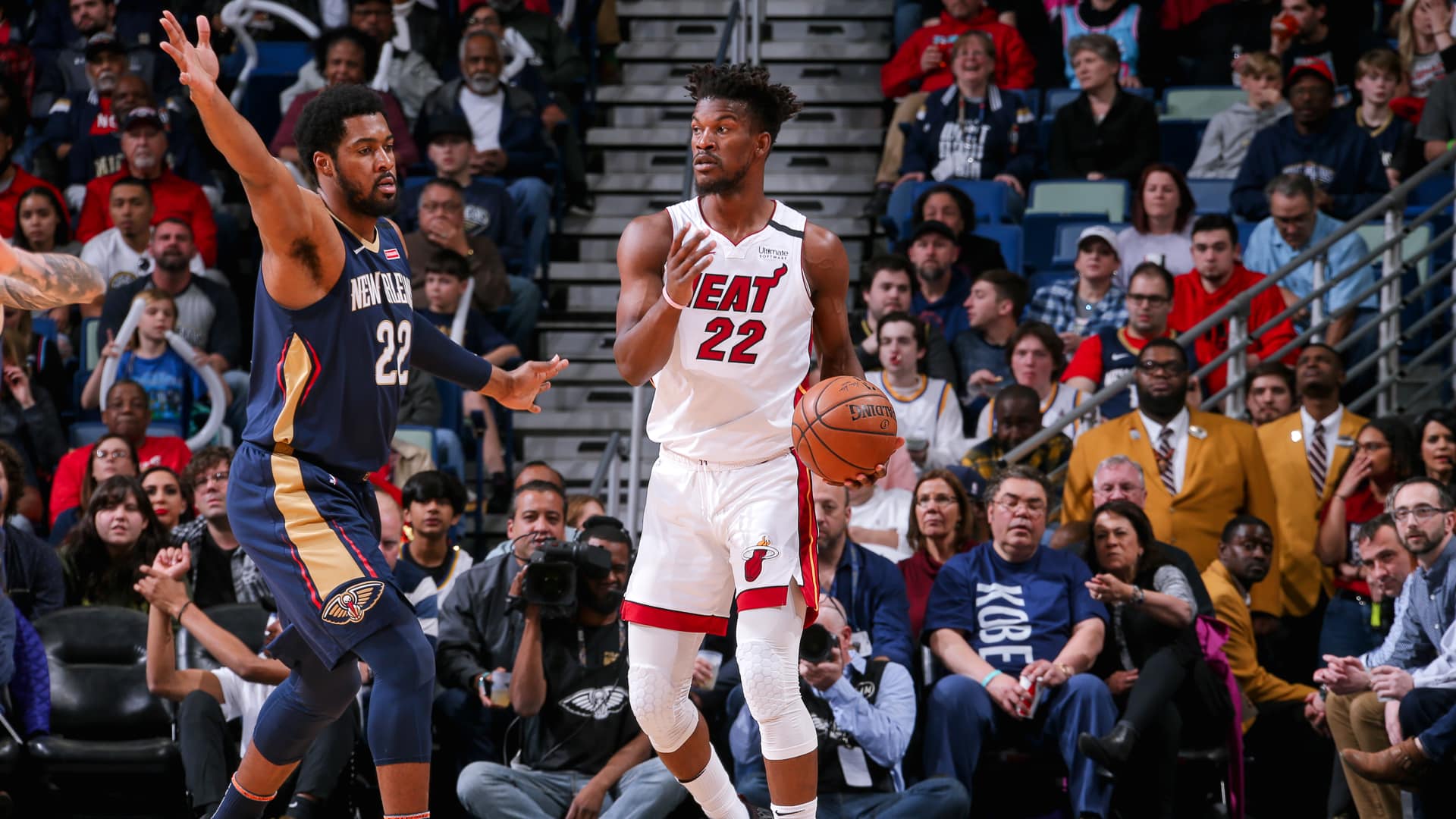