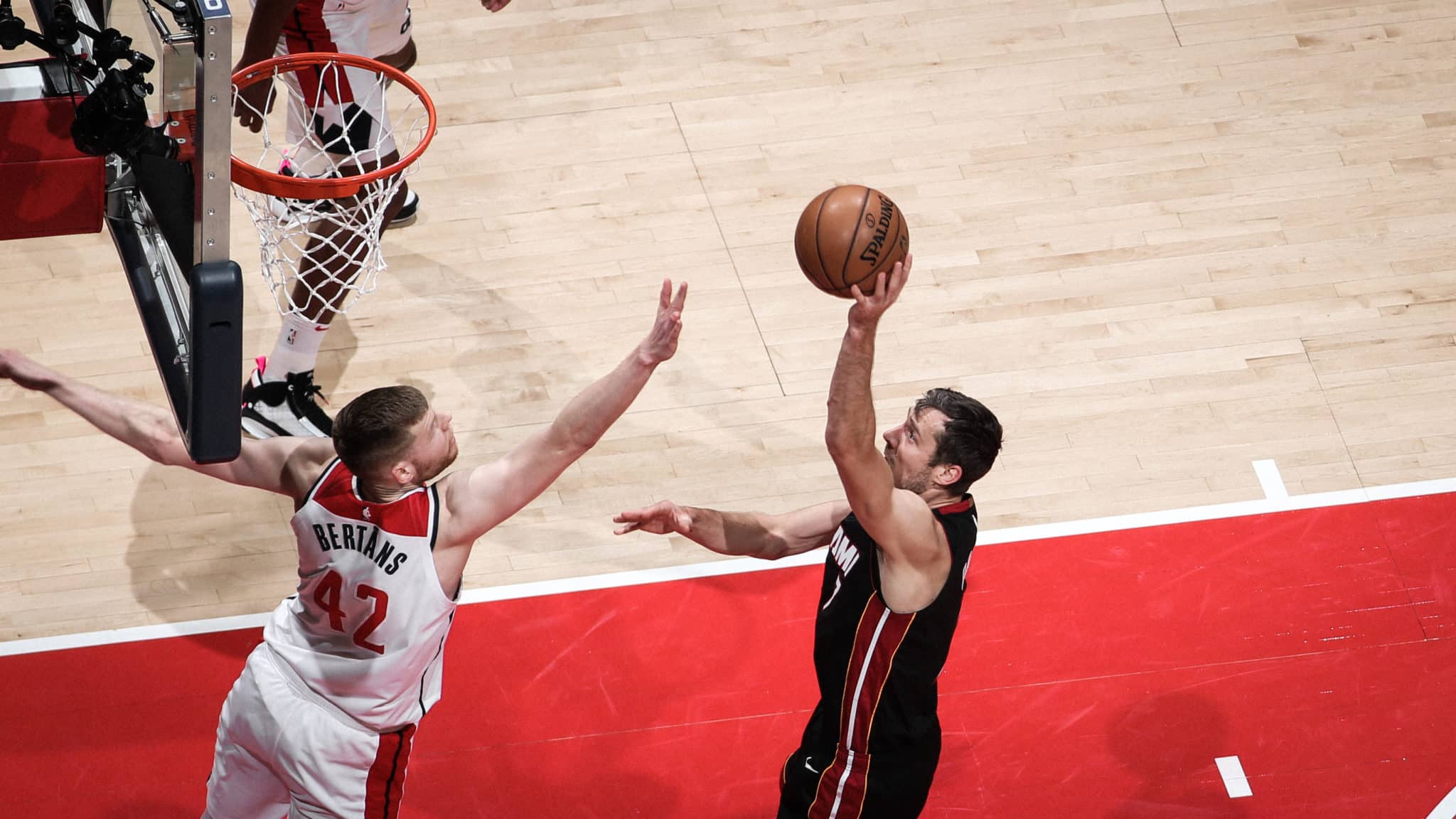 The Miami Heat secured a much needed road win against the Washington Wizards last night, playing with much precision and urgency on defense, which propelled them on a twenty three to three run. The Heat won 100 to 89, overcoming an eight-point deficit in the fourth quarter.

The Heat needed a road win and they did so in dramatic fashion as they rallied late in the fourth quarter in order to do so. Though Miami were banged up in the third quarter and having key players like Jimmy Butler and Derrick Jones Jr. go down with injuries (with Jones Jr. returning back to the game), Miami didn’t waver as their defense helped propelled their offense. The Heat snap their road game woes and retain fourth place in the Eastern Conference standings.

Miami is now 4-0 when holding opponents under 89. They held the Wizards under 33.3 percent from the field.

For the Heat, Duncan Robinson had 23 points, Kendrick Nunn made 18 points, Goran Dragic with 11 points, and Bam Adebayo with a double-double of 27 points and 14 rebounds.

For the Wizards, Shabazz Napier led the way with 27 points, Davis Bertans had 25 points, and Bradley Beal made 23 points.

The Heat have two days off before their next game against the Charlotte Hornets. Game starts at Wednesday at 7:30pm on Sun Sports.