The European Tour headed to the Canary Islands for the next three weeks and started in Gran Canaria for the Gran Canaria Lopesan Open at the Meloneras Golf Course on the sunshine island.

It was very different temperature-wise after the chilly and windy conditions in Austria last weekend, and the scoring was completely different too as after the tough scoring conditions last weekend, this week it was a birdie fest and saw over half the field in double digits under par as the course yielded very little defence to these top-class golfers.

After three rounds it was South African Garrick Higgo who led the way by two shots on eighteen under par, with Matthias Schwab, Matthieu Pavon and Connor Syme all two shots back on sixteen under par, with a host of others one or two shots further back, so could any of these players mount a challenge to the leader on the final day?

Schwab and Pavon could not as they could only muster level par rounds on the final day, whilst Connor Syme was trying to mount a challenge until he took an eight on the fourteenth to end his challenge as he ended up posting a two-under par round for the day, so the ones closest to him at the start of the day could not.

The man who took the fight to Higgo was last weeks runner up in Austria, Maximillian Kieffer, who after suffering a painful playoff defeat last weekend, turned on the style again this week and tried to push the leader all the way, and despite his terrific effort of eight under par for the day to end on twenty-two under par, he could not stop the Higgo machine as the leader was never really challenged if truth be told and his seven-under par round saw him to victory by three shots.

It was Higgo’s second win on the tour after his win in Portugal last year, and it lifts him up fifty places in the Race to Dubai rankings to 17th, whilst two good weeks for Kieffer sees him up to 16th now in those rankings.  Here is a look at the top ten in the Race to Dubai…

Over in the States and the PGA Tour was in New Orleans for the Zurich Classic of New Orleans at TPC Louisiana, and it is different to other PGA Tour events as this tournament is a team event where two players pair up to try and win a competition for each other as well as themselves.

After three rounds the South African pair of Louis Oosthuizen and Charl Schwartzel led the way by a shot on nineteen under par, with Cameron Champ/Tony Finau & Marc Leishman/Cameron Smith a shot back on eighteen under par, and with fourteen other pairs four shots or less behind at the start of the final round, it proved to be a decent day.

The competition alternated between Fourballs and Foursomes, so the final round was to be Foursomes where each player takes alternates shots, and also they have to alternative off the tee on each hole too, so which pair could work this out the best and take the win?

The US partnership of Cameron/Finau was expected to challenge and even win this, but they had a poor final round, shooting four over par, which saw them end up in a tie for 17th, and as the groups went into the back nine it soon became apparent that the two leading groups were Oosthuizen/Scwartzel and Aussie pair Leishman/Smith.

Maybe this is because both pairs are very good friends, the South African’s have known each other since they were 10 and 12 years old. Whilst the Aussies are like brothers, so there understanding of each other and their games most certainly would come in handy in a tournament like this, but who would come out on top?

With five holes to go the Aussies looked good for victory with a two-shot lead, but on the 15th hole and with a one-shot lead, they bogeyed whereas the South African’s birdied, meaning a two-shot swing and a one-shot lead for Oosthuizen/Scwartzel, but the drama was far from over.

On the drivable Par Four sixteenth, Oosthuizen overhit the green and almost ended up in the drink, but Smith then saw his drive end up in the drink to the left of the green, they took a drop and incredibly Leishman chipped in for a scarcely believable three, and the South Africans could only par meaning it was all tied up going down the 17th.

Both would bogie that hole and then par the last, meaning a playoff to decide who would take this title, so back to the eighteenth tee they went, and Oosthuizen sent his drive well right and into the drink, handing the advantage to the Aussies, and although Smith sent his drive into the bunker, they managed to scramble a five which was more than enough after the South African par could only manage a seven.

A dramatic ending to a decent final day, and a good battle as well, but it’s the Aussie par of Leishman and Smith who took their sixth and third PGA Tour wins of their career, sending Leishman up forty-two places to 29th in the FedEx cup standings, whilst Smith went up thirteen places and is now third in the standings. Here is your top ten FedEx Cup players right now…

The European Tour enters its second week in the Spanish Islands of Gran Canaria this week with the first of two tournaments at The Golf Costa Adeje for the Tenerife Open, whilst the PGA Tour moves onto the Innisbrook Resort in Palm Harbour for the Valspar Championship where Englishman Paul Casey will look to claim his third Valspar title in a row after wins there in 2018 and 2019. 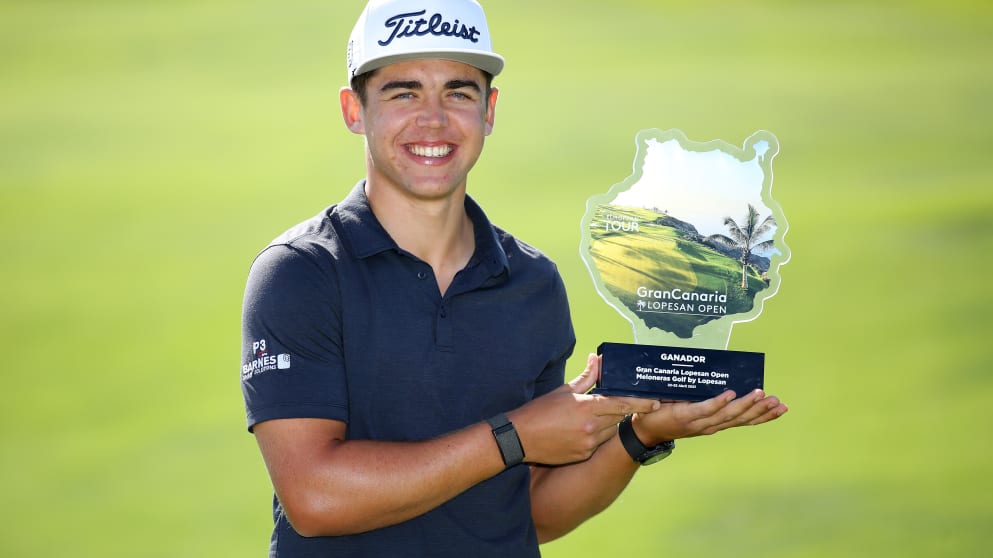