A Tomas Holes header and Patrick Schick shot were enough to propel a brilliant Czech Republic side into the quarter finals of Euro 2020, as a Matthias De Ligt handball reduced pre-match favourites the Netherlands to 10 men.

The red card may provide an excuse, but ignores that fact that the Czechs were the dominant team throughout this last-16 match-up. Both sides had chances in the opening quarter, Donyell Malen took the ball around keeper Tomas Vaclik but was unable to convert it into a goal, before West Ham midfielder Tomas Soucek narrowly missed an opportunity for a glancing header at the near post. There were further chances for both sides in the first half, though a dominant sense of hesitation prevented either side from making the breakthrough.

The superior individual talent in the Dutch camp inevitably led to more opportunities after the break; Donyell Malen wasted the Netherlands’ best chance, as bad decision making in a one-on-one situation sent the ball straight into the hands of a thankful Vaclik. With a bit of luck, this might have proved the catalyst to allow the Netherlands to pull away with a win.

But any chances of a Dutch breakthrough were dealt a severe blow in the 54th minute. De Ligt slipped as he tried to hold off Czech striker Patrick Schick, and in his recovery was forced to handle the ball to break up the attack. Following an inspection by VAR, referee Sergei Karasev had no option but to show the Juventus player a red card.

After the sending off, the typically high-scoring Netherlands were forced to batten down the hatches, with the frantic nature of their De Ligt-free defence adding to an eventually insurmountable task. Denzel Dumfries denied Pavel Kaderabak’s well-placed shot that would have beaten Ajax goalkeeper Maarten Stekelenburg, before Tomas Holes finally broke the deadlock on 68 minutes, converting a Tomas Kalas header from a corner past an array of Dutch defenders.

Holes then turned provider in the 81st minute, making a break against a disorganised Dutch defence before pulling back to Patrick Schick, who tucked past a stranded Stekelenburg to score his fourth goal of the tournament. That would prove fatal to the men in orange, who in the final 10 minutes floundered against a dominant Czech side, who more often looked like widening their lead than conceding. Tournament upsets can live long in the national psyche of the defeated team, and this defeat draws promising Dutch momentum to a grinding halt.

Watching the Netherlands brush aside all comers in the group stages, it was difficult not to get caught up in old expectations of a ruthless Dutch side blending fluid attack with a disciplined defence. And with a perceived clear run to the semi-finals in front of them, there was a feeling that the glory days were returning to a nation playing in their first major tournament for seven years.

Ultimately though, it was a lack of maturity that cost this promising side; a lack of maturity from defensive talisman De Ligt to allow an avoidable red card; from the Dutch defence hobbled without the Juventus stalwart; from the Netherlands attacking corps following a string of poor decision making; and, perhaps most damning, from manager Frank de Boer for failing to recognise or neutralize the threat from the overpowering Czech midfield. It raises further questions of De Boer’s suitability for the role, and fails to vindicate his decision to abandon the Dutch institution of 4-3-3.

More opportunities will come for this group to advance in major tournaments, yet in a half of the draw stuffed with underdogs, there will scarcely be a better one than Euro 2020.

This performance was yet another reminder of the benefits of a heavy press against on-paper favourites, positive play by underdogs was finally rewarded. Italy were lucky to pull away against Denmark with the help of extra time last night, while teams like Hungary have demonstrated the effectiveness of disruption and go-forward momentum against national sides typically possessing a less familiar style of play than at club level.

On this occasion, tactics based on positive play were finally rewarded – albeit with a bit of help from the De Ligt red – as individual superiority in the Netherlands squad shrunk in comparison to organisation and a strong run of form from the Czech Republic.

The result means one of Denmark or the Czech Republic will be competing in the Euro 2020 semi-finals, following the Danes’ win over Wales; something few were brave enough to predict going into the tournament. The favourites to advance to the final on this side of the draw remain the winners of tomorrow’s game between England and Germany, but on the evidence of the performances of both the Czechs and the Danes in the last 24 hours, don’t bet on either of them making it past this collection of small, brilliant nations. 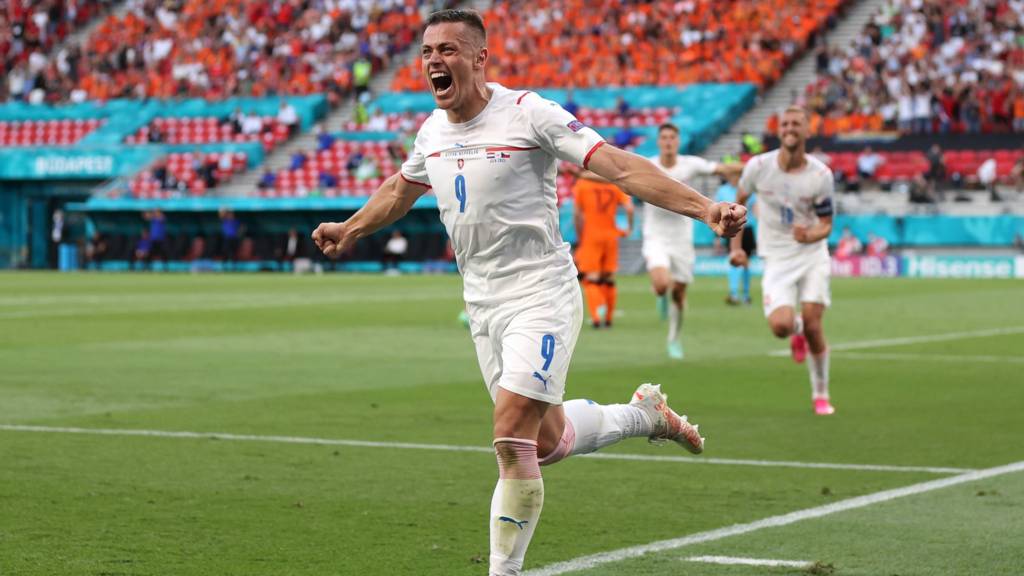