Max Verstappen extended his championship lead over Lewis Hamilton to 18 points with a commanding victory in the Styrian Grand Prix. The Dutchman won for the fourth time this season after controlling a race he started on pole. His championship rival Lewis Hamilton finished second after struggling to keep up with the Red Bull all afternoon, with team-mate Valtteri Bottas coming third after being demoted 3 places on the grid to 5th for a dangerous spin in the pit-lane on Friday during practice.

A race short on excitement

Formula 1 fans have been spoilt for choice this season with a number of exciting, unpredictable races livened up by some great tactical and wheel-to-wheel battles between Lewis Hamilton and Max Verstappen.

In stark contrast to previous seasons in recent years where Mercedes have been dominant and before that Red Bull winning the majority of races, this year has been genuinely exciting with there seemingly being little difference in the pace of the two teams, while the racing has been lit up by the brilliance of 7 time world champion Lewis Hamilton and the young pretender Max Verstappen who has demonstrated over the last few years why he is so highly rated among the media, fans and his fellow drivers with some fearless overtaking and impressive victories.

This season, with Red Bull managing to close the gap on Mercedes to a level unseen since 2014, Verstappen has come of age, relishing a proper title fight with Lewis Hamilton, who in truth has only been partially challenged in his Mercedes career since Nico Rosberg left at the end of 2016.

Many races this season have been decided by fine margins or luck such as Verstappen getting past Hamilton in Bahrain but having to surrender the position after overtaking with all four wheels off the track, Hamilton losing out in France after a botched strategy from Mercedes, or the thrilling race in Baku where Verstappen seemed certain of taking all 25 points only to suffer a tyre blowout which was then followed by Lewis Hamilton also missing out on the 25 points for victory after locking up his tyres as he tried to take the lead, eventually finishing outside of the points.

Coming into Austria, Red Bull appeared to have the momentum and displayed that throughout the weekend with Verstappen topping both of Friday’s practice sessions and then qualifying on pole on Saturday. With Bottas being demoted down to 5th, Hamilton was promoted to the front row of the grid to join Verstappen for another potentially feisty meeting. However, Verstappen got off the line well and Hamilton simply had no answer to his pace all afternoon even after the pit-stops.

At one point, Lewis Hamilton’s engineer came on the radio to let him know that the gap to Verstappen was 8 seconds, with Hamilton asking what he should do and sounding perplexed at why he was so far behind and unable to catch up. The only positive to come out of the day for Hamilton was the fact that he had such a gap over Bottas in third, allowing him to pit with 2 laps remaining and set the fastest lap on fresh tyres, gaining an extra point that could make a difference come the end of the season.

It is a rare sight to behold given how dominant they have been in recent times but Mercedes are definitely the second fastest team on the grid right now. After the race, team principal Toto Wolff described how different this season has been for the reigning world champions, “It’s been the first race in eight years where we were lacking pace. We have stopped developing for this year and we have to put our heads together and get the best out of that power unit”.

Those comments suggest that the 2022 car is now the primary focus and that given the lack of development, Lewis Hamilton will need to dig further than he has ever had to in his Mercedes days to regain the advantage. With some of his most successful Grand Prix’s coming up in Britain and Hungary over the next few weeks, it is probably not as much of a fear for Hamilton as it is to the Mercedes team as a whole who are struggling to get both of their cars at the front and strategically control races.

Indeed, despite a late stop Hamilton still finished 11 seconds ahead of Bottas, who would have probably lost third place to Sergio Perez, if the Mexican hadn’t been compromised earlier in the race with a slow stop that dropped him behind the Finn. Perez stopped with 15 laps remaining to pit for new tyres and at that point was 20 seconds behind. His pace was so good that by the conclusion he only missed out on a podium place by 0.5 seconds, further highlighting how Mercedes race pace has been lacking somewhat and could see them punished later on in the season.

Ultimately though, Hamilton and Verstappen are in a league of their own, even over their own team-mates. Despite having a rare afternoon with no action, Hamilton was philosophical about the title fight, “their long runs seem to be a bit better, they continue to keep pulling out those laps – and on the straights we lose a lot. Nonetheless, we got good points as a team today and we’ve just got to keep pushing.”

Hamilton will certainly push as statistically he is now on one of his worst runs for races without a victory, which admittedly is not many given how frequently he has won over the last 8 years. You have to go back to the end of 2017 and start of 2018 where he went 6 races without a victory, although that stat is slightly skewed by it being in two seasons, and with the context of the Brit having secured the title with 3 rounds left at Mexico having finished in 9th.

Within a season, he went 5 races without a victory in 2016, the last time he failed to win the title, although during that run he was incredibly unlucky, missing out on a win in Malaysia with 15 laps left after suffering an engine failure, and after missing out on the title by a mere 5 points, he can perhaps look back at that race with some justification as to where he lost it.

This season, aside from the aforementioned race in Baku, he has barely missed out on points but has come up against a formidable contender in Verstappen, who has now won consecutive races for the first time in his career and would be looking at 4 in a row if it hadn’t been for the retirement in Azerbaijan.

Meanwhile for Red Bull, it just keeps getting better with a 5th win in 8 races this season, their best return since Sebastian Vettel’s staggering 2013 title win when he won 13 races, and when Red Bull last had the fastest car. This season, the racing has been a lot closer and more entertaining than back then, but no less easier for the challengers and few would bet against Verstappen replicating Vettel’s achievements, with even the victory doughnuts reminiscent of Vettel when he wrapped up the title in India in 2013.

How the others fared

It was once again a fine display from Lando Norris who qualified third by virtue of the Bottas demotion, and finished 5th, with only Bottas and Perez getting ahead of him, meaning he remains in 4th in the standings. However, the more eye-catching drives came from further down the field with Carlos Sainz, making up for a disappointing qualifying of 11th by running a long stint on the medium tyres and finishing 6th, a good return after his performance on Saturday.

His team-mate Charles Leclerc finished behind him in 7th, which he would have been disappointed about had he not dropped to the back at the start from his 7th place on the grid. The Ferrari driver hit Pierre Gasly at Turn Three on the opening lap, with the Alpha Tauri man retiring from the race and Leclerc dropping to the back having had to pit for a new front wing. After running a long first stint on hard tyres, he pitted on lap 37 and came out in 14th, where he showed great pace to get past several drivers, eventually finishing where he started after a hectic afternoon.

Leclerc was voted driver of the day for his confident overtakes, but might not have been had George Russell not suffered cruel misfortune. The Williams driver has been linked with a move to Mercedes in 2022, and is regularly demonstrating his talent by easily beating team-mate Nicholas Latifi, in a car that is the second slowest on the grid behind Haas. The British driver is also developing a reputation for superb qualifying performances and Saturday was his best yet, qualifying 12th and missing out on the top 10 shootout by just 0.008 seconds, which would have been an incredible achievement for a Williams team that haven’t scored points since 2019 and haven’t qualified in the top 10 since 2018

By race day, Russell was moved up a further place on the grid as Yuki Tsunoda was demoted three places for impeding Bottas in qualifying. A strong start saw him running in 8th place and on course for his first ever points finish as a Williams driver. However he then had a slow stop that pushed him to the back of the field because his hydraulic system needed topping up.

Although he tried to carry on, it wasn’t to be and on lap 36 he retired the car. It was a gutting moment for the young man, who also suffered heartbreak on his debut drive for Mercedes at last year’s Sakhir Grand Prix when a likely race win was curtailed by a late puncture that ended with a 9th place finish. So far in his Formula 1 career, Russell has suffered poor luck but it’s likely to turn one day and with a potential move on the cards to partner Lewis Hamilton at Mercedes, perhaps one day in the near future we will be seeing a new British face on the top step of the podium. 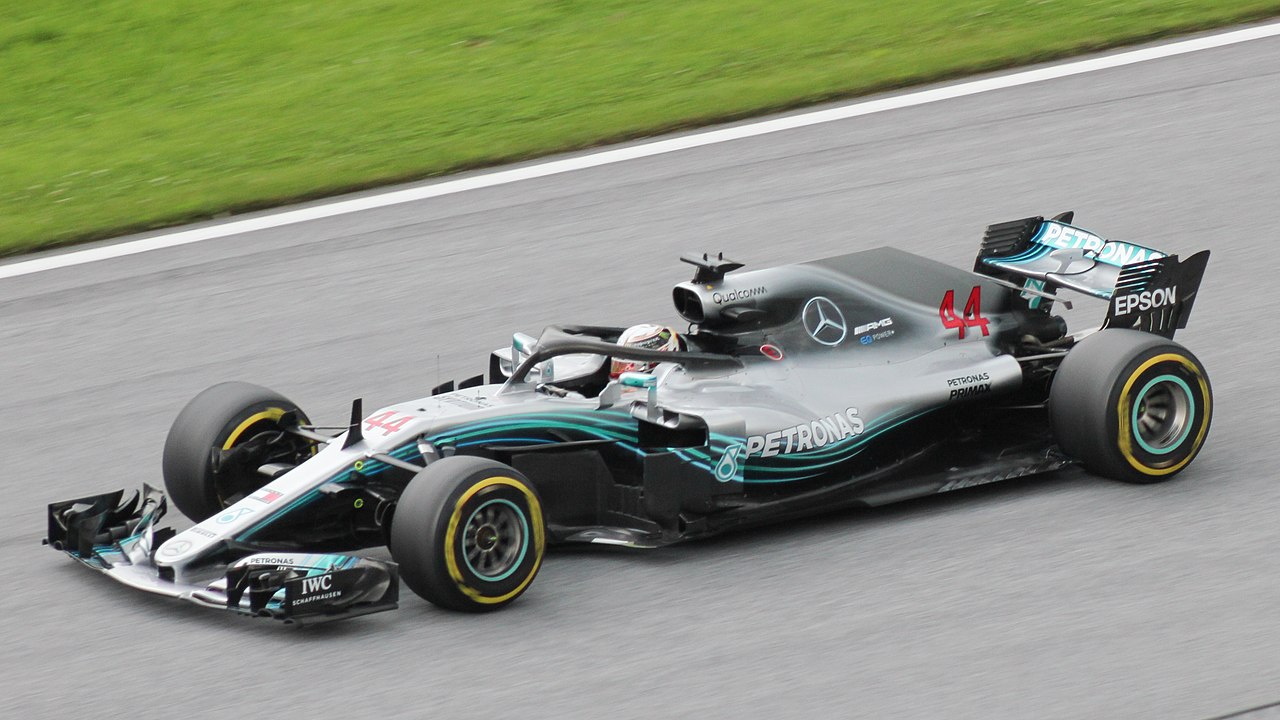