Planning for a World Cup is a tricky, tricky business. Fail to strategise properly and you’ll be compelled to include players wilting rather than peaking for the big event, or else fading a year out and forcing you to scramble for an internationally undercooked replacement. Scrap too many players, however, and you’ll be left with a squad full of kids and first-cappers lacking in senior instruction who flounder when thrown in at the deep end of international rugby. A young player might have four years before the next World Cup rolls around, but he isn’t afforded such a luxury with a yearly 6 Nations, Autumn Internationals and intermittent international tours to places like Argentina, South Africa or Australia. The ideal international squad is a brilliant one that only gets better, which integrates new talent and rebuilds and replenishes as it goes.

Eyes, then, must be on the long term and the short. This is what makes Eddie Jones’ task such a fascinating one, especially when considering the players selected for his 45-man and 34-man squads respectively. With the latter recently announced and with the Prem back in full swing, now is the time to start assessing how this squad is shaping up not just for the Autumn Internationals, but to take on the world once again.

Eddie Jones is nothing if not a pragmatist. Win at all costs seems to have been the blueprint of English rugby since the Australian took chargeback in 2015, a diverse, multi-faceted squad playing a uniformly attritional brand of classic English rugby; strong set-pieces, metronomic kicking and domination of possession built on a superb defence. Attractive? Rarely. Effective? Often. A World Cup final, a clean sweep tour of Australia, three Six Nations titles (including a Grand Slam), a run of 18 games unbeaten in 2016, the accomplishments are impressive even if the style pleases few.

In the great struggle between style and substance, the consensus seems to be that one may be sacrificed, possibly for the sake of the other, as England look to the future. With the introduction of fewer ‘big nasty bastards’ and pragmatic, structure-setting 10s and more rogue mavericks, pace merchants and mobile back-rowers, are England looking to play a different way come 2023? And will it work?

The omissions are striking. Mako and Billy Vunipola, Jamie George, George Ford are all out. All favourites under Jones, all players he has loved and nurtured, now out in the cold. Nobody, it seems, is truly safe. Not only have England lost exceptional players, but they’ve also lost leaders, especially in the shape of Ford, a strange decision given the Leicester 10’s current form. Farrell is now operating alone in the backs, without his deputy.

ALSO READ:  David Goldblatt: The Game Of Our Lives
Embed from Getty Images

9 and 10 are any team’s key back-line pairing, one which England have to get right if they are to stand any chance at the next World Cup. Jones faces an odd dilemma of new vs. old, but it’s likely he’ll stick with Ben Youngs and bring in a deputy in the form of Harry Randall. Dan Robson remains an option, but seems to fall between two stools as neither a prospect nor a nailed-on starter, and has failed to make the Autumn squad. Danny Care and clubmate Marcus Smith? It was never truly going to happen. Sale’s excellent Raffi Quirke is the third choice starter.

Whatever transpires, the 9 must be getting the ball quickly to the 10 to ensure he has space to work, especially if that 10 turns out to be Quins’ magician Marcus Smith, a man who has to be at the heart of English rugby for the foreseeable future. Playing Smith with Farrell at centre, however, might be like trying to put jerk chicken on a Victoria sponge[1]; neither can operate effectively if the styles are clashing. Pick one, bench the other. The criticism of Ben Youngs has often been the pace of his distribution; if he can’t get the backline firing, Jones might look to those who can, and soon.

At centre, England will pray for Tuilagi’s fitness. The likes of Te’o, Lawrence and Kelly have all been brought in to fill those mammoth shoes when Manu has been absent, and Gloucester’s 31-year-old Mark Atkinson is now included for ballast, but Tuilagi stands alone. He and Slade are still the most complementary English pairing, a perfect balance of stone and silk, and must be considered as starters. I’d still hope to see Prem winner Joe Marchant involved at some point, though. At 25, the time is right.

Wings are fascinating, too. Jonny May and Anthony Watson are superb, but will May have lost his spark come 2023? If so, does Adam Radwan come into the picture as the new rocket man, or does Joe Cokanasinga add an utterly different dimension when fit? If England are looking to shift the ball quickly and create space wide, Radwan seems the obvious choice, and his inclusion suggests his reputation is now translating to international caps. A man capable of creating something from nothing, he’ll be pushing hard for a permanent place.

At full-back, England has options, but none are in any way nailed-on. Watson often operates at 15 for Bath but excels on the English wing, while Max Malins, Tommy Freeman and George Furbank will all want to depose the injured Elliot Daly. Malins was exceptional against Bath at the weekend, his utility as both a 10 and a 15 a blessing and a curse. Does Jones trust him at full-back, or is Malins destined to be the utility man of English rugby for the coming years?

Some of England’s inclusions in the pack define ‘no brainer’, while certain omissions have raised eyebrows. Maro Itoje’s Lions exploits re-cemented his status as a future England legend, while the likes of Underhill, Genge and Sinckler bring glorious physicality. Tom Curry and mate Underhill should be 6 and 7 respectively for England, no discussion, allowing Itoje to stick in the second row with the resurgent Courtney Lawes a potential option at 6 following his excellent Lions showing in the back row.

Nic Dolly of Leicester has come from nowhere to depose Jamie George, while Billy Vunipola, so often the gem of English rugby, has been shunted in favour of Dombrandt, Simmons and Callum Chick. Three outstanding 8s, certainly, but will England suffer from a lack of variety? Say what you like about Big Billy’s form, he’s nothing if not physical.

The inclusion of Jamie Blamire and the aforementioned Chick, both barely capped, implies a desire to see new blood brought through in the heavies, while the impressive Trevor Davison has ousted old dependable Mako Vunipola at loosehead. Ted Hill, Lewis Ludlow, and Beno Obano have all received only a few caps and will be disappointed not to add to them.

Despite everything, it’s hard to make the case for excluding Jamie George. Considering the turmoil at Saracens and a Lions snub, George remains a proper professional and a genuine athlete. It’s likely his omission is more of a gesture than a permanent thing. I’d still expect to see him and Cowan-Dickie alternating the #2 jersey come 2023.

Jones needs to ensure he is cutting the right players at the right time. Despite the immense quality of the figures he dispatched in 2018, including the likes of Chris Robshaw, Mike Brown and James Haskell, some felt he should have done so a year sooner. Including Randall and Quirke over Dan Robson implies that Jones wants youth among the experience, and with Ben Youngs, Jones has to stick with a man who will be around 34 during the next World Cup. He needs to ensure that both Youngs and his deputy are ready at very different stages in their respective careers.

Elsewhere, eyebrows have been raised at the inclusion of more Bath players than those of Saracens (4 vs. 3) despite the fact that the former were hammered by the latter at the Rec last weekend in a game that featured many of the exiled English contingent demolishing those who had been picked to actually play, the selected Ewels, Underhill and Stuart blown away by the likes of the Vunipolas, Jamie George, Ben Earl and Maro Itoje, the latter the only man selected this time around. With Ford also finding form, has Jones expelled the wrong players at the wrong time, or is he merely testing the waters to see how his Sarries core will respond, and if so, does he have time to reinstate them when necessary?

Another headache is Italian-born Louis Lynagh, son of Australian legend Michael. England needs to ensure Lynagh pledges his allegiance to the men in white, but omitting him from the final squad mightn’t be the best way to do so. You don’t often get the chance to nail down the son of one of rugby’s greatest ever 10s, especially if they hail from the other side of the globe.

And where does Elliot Daly fit into all of this? Despite Jones’ desperation to have his cake and eat it, Daly simply isn’t a 15 – poor in the tackle, inconsistent under the highball and never comfortable under offensive pressure. What this year’s Lion’s Tour indicated, however, is that the Saracens man is still an outstanding ballplayer; a creative, deft, wonderfully balanced runner with touches of genuinely world-class magic. Does he have a role to play as a utility man-cum-outside centre when he returns from injury? 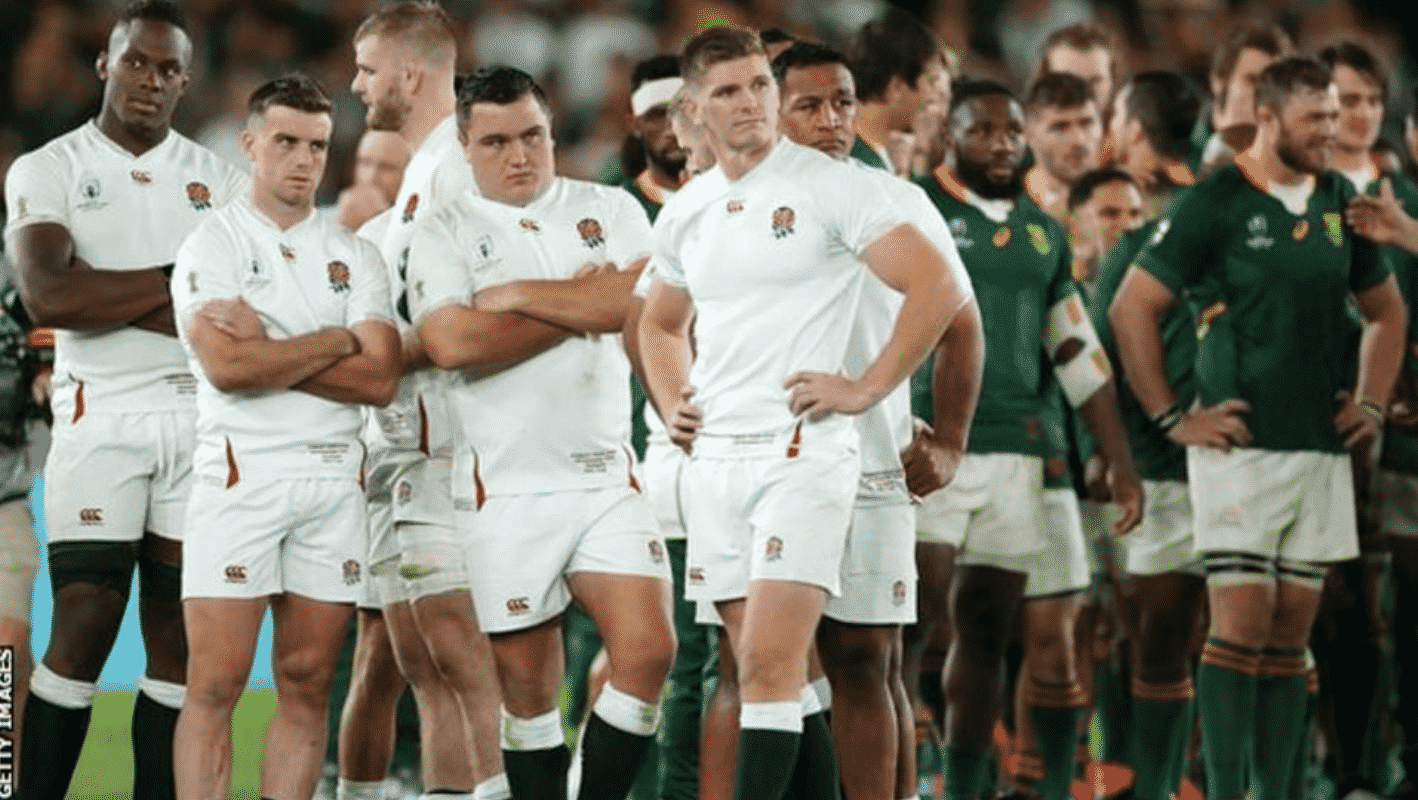