The 2014 Russian Grand Prix saw a new ruler in the world of Formula 1, as the Mercedes-AMG Petronas team secured their first of seven consecutive Construtctors’ and Drivers’ Championships. However, as we come towards the end of the 2021 campaign, Red Bull are right on their tail.

It’s been an enthralling season so far with Red Bull’s Max Verstappen currently on top of the drivers’ standings by just six points from Mercedes’ very own Lewis Hamilton. The constructors’ table tells a different story, however, with the German manufacturer still on top – as they have been for the majority of the last seven years – they hold a 36 point lead over Red Bull.

This weekend’s United States Grand Prix at the Circuit of Americas is set to be another exciting chapter in this year’s intriguing championship story.

Mercedes have won five of the last eight Grand Prix’s at the venue with Hamilton winning four and Valtteri Bottas winning one. The Brit also won the first Grand Prix at the circuit in 2012 with his Vodafone McLaren-Mercedes. It’s a track that has yielded some brilliant results for both Hamilton and his Mercedes team – especially in this Hybrid-era.

Their title rivals, Red Bull however have only won once in Austin. That came back in 2013 with Sebastian Vettel – a race which would see him edge closer to his fourth World Championship. However, don’t count out Red Bull for a race win this weekend just yet.

Verstappen has led over half of all the racing laps completed so far this season with 469. The other drivers who have led a lap this season include; Hamilton, Bottas, Vettel, Sergio Perez, Daniel Ricciardo, Lando Norris, Fernando Alonso, Charles Leclerc, Carlos Sainz, and Esteban Ocon. Their laps accumulate to a total of 465.

Those laps led have taken the Dutchman to the top step seven times this year compared to Hamilton’s five. Red Bull have won on eight occasions so far this year with Perez taking advantage of both his teammate’s crash and Hamilton’s lock-up in Baku to claim his second Grand Prix victory, whilst Mercedes have won on six.

Bottas claimed an important race victory last time out in the rain-affected Turkish Grand Prix, but a second and third for Verstappen and Perez respectively kept the pressure on in both title tables.

With both championships’ set to go down to the wire, the teammates could play a pivotal role between now and the end of the season. Both Bottas and Perez have been out-performed by their teammates so far this season, but it’s now more a case of what they can do to help both them and the team.

Sitting third in the drivers’ championship at the moment, Bottas has more often than not had to settle for the third step on the podium – a position he has claimed seven times so far this year. He’s recorded a second and a first on one occasion each and has finished in the points 11 times, finishing no lower than fifth when he’s placed inside the top-10. His three retirements and his further two finishes outside of the points could be crucial come the season’s end.

Perez on the other hand has endured an up and down campaign where he’s sometimes struggled to get the best out of his Red Bull – especially in Qualifying. His best result on a Saturday came in Imola for the Emilia-Romagna Grand Prix, where he finished a chaotic but exciting race in 11th.

The Mexican has bettered his Qualifying position 10 times in the races this year, finishing in the points on each occasion – 11 if you include his 16th place at Silverstone after starting last. With that, you wonder where he might have played out in this championship fight if he’d made his job a bit easier by Qualifying better on a Saturday.

Mind you, if he can improve before the season’s end, it could go a long way in helping Red Bull claim a memorable championship double. He’s a brilliant driver and so shouldn’t be doubted in that aspect.

Another factor to include in the championship battle is the retirements. Hamilton has the edge on Verstappen in this regard with just one whilst the Dutchman has three. However, in the races he has finished, he’s never finished outside of the points. He’s also only finished outside of the top two on one occasion when he finished ninth in Hungary.

The Brit only has one retirement to his name so far but has finished outside of the points on one occasion. That came in Baku after a lock-up going into turn one cost him the race win. Unlike his championship rival, however, Hamilton’s results have undulated a bit more than Verstappen’s. A third, fourth, fifth, and seventh show that Hamilton hasn’t been quite as consistent as Verstappen. However, that’s good news for the fans as it’s given us this fantastic and intense battle between the pair.

With just six races left in this year’s championship starting with this weekend’s US Grand Prix, there’s sure to be plenty more twists and turns in this compelling championship season. 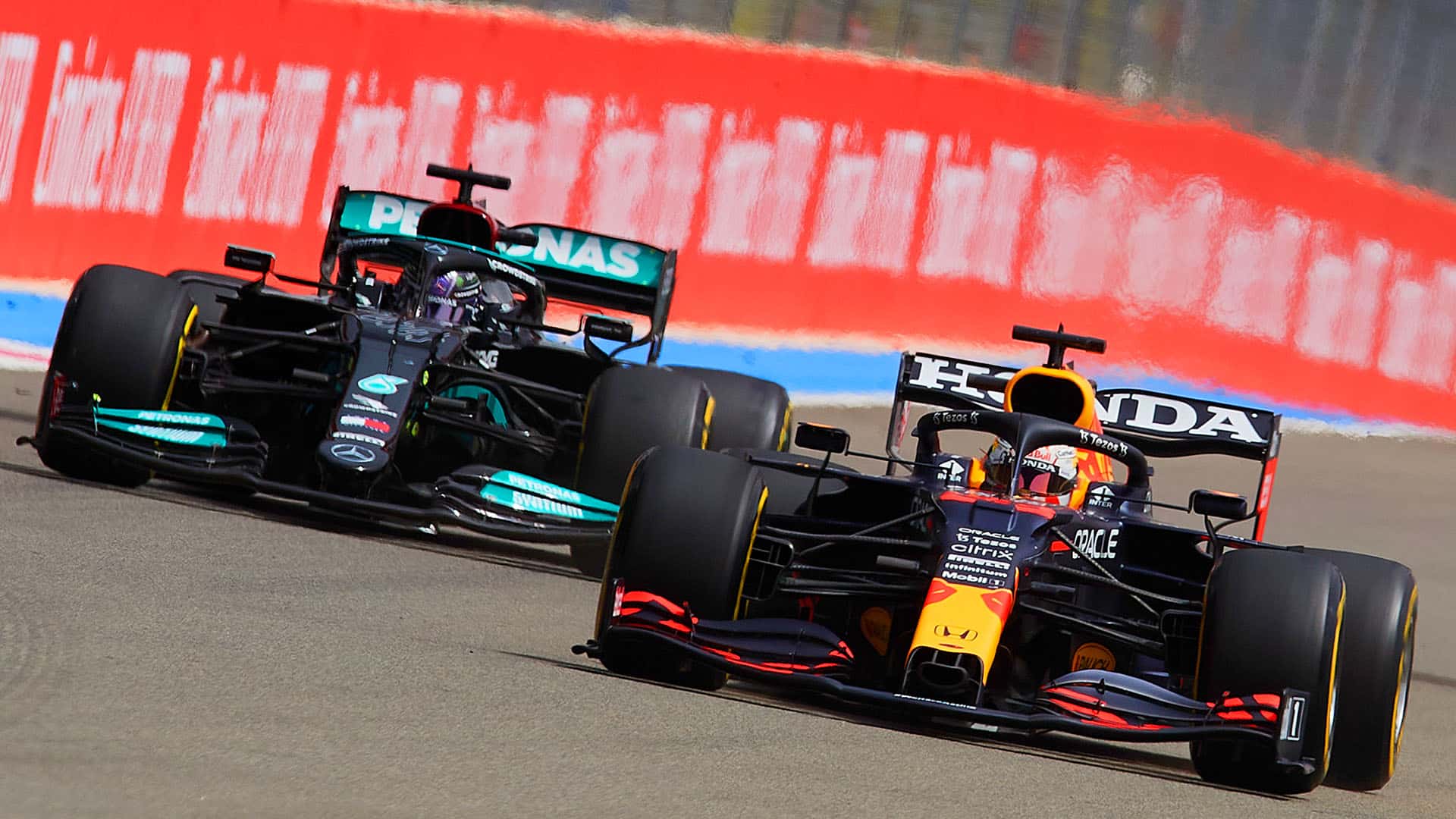