If anyone had the privilege to witness this special piece of art displayed by two fine young players, will have to agree, it was one of the best partnerships you are likely to see in test cricket. Ben Stokes and Jonny Bairstow added 399 to England’s total for the sixth wicket.

We can be easily to criticise South African’s bowling, but how could you bowl to a masterclass that would be appreciated in any format of the game. The South African’s did look demoralised, and by the time they got their only 2 chance towards the end of the partnership, they threw them away.

Morne Morkel and AB de Villiers dropping very regulation catches, but de Villiers reacted perfectly by running out Ben Stokes with a direct hit after the drop. South Africa were very much waiting for a declaration from England, and not looking to take wickets, and finish the innings prematurely.

They just kept bowling to Stokes and Bairstow’s strengths, or they both turned any ball into their strengths. It was quite a remarkable days of Test cricket, the pair went at 8 runs per over during their second days innings. Ben Stokes got off to an absolute flier, by dispatching multiple four within the first few overs.

From then on, Jonny Bairstow was in the shadow of Ben Stokes, but was happy to stay back and take the pressure off himself. They both batted beautiful with Bairstow playing his shots along the carpet and Ben clearing the rope 11 times for his 258.

Ben Stokes broke many records on a memorable morning for England.

They eventually declared on 629, ending the misery for South Africa. Ben Stokes just seemed to see it like a beach ball, and almost hit boundaries off every ball. The rate at which they scored at gave England so much more time to take 20 wickets against a physically and mentally drained South African team.

He fell 10 balls short of the fastest double hundred, which is held by Nathan Astle. Stokes and Bairstow broke the record for the fastest triple hundred partnership, and would’ve broke the quadruple hundred too, if they weren’t to fall 1 short.

They also broke the record for the most runs scored before lunch in a test, being 197. One player who would’ve especially enjoyed Stokes’ carnage of a know would be AB de Villiers, who would be proud of an innings of such himself, and it was a nice touch for him and Amla to recognise his and Bairstow’s efforts.

It was quite surreal to watch, and you could see how delighted everyone was for both of the players, reaching landmarks. It’s fair to say that both sets of fans would’ve enjoyed the pure entertainment that was on display, only to then be in complete contrast to South Africa’s batting performance, which was a whole 5 runs per over slower than the northern pairs morning.

With pressure still on his spot from talent such as Jos Buttler, Jonny Bairstow delivered yet again against South Africa, and is having an amazing series so far, accumulating more than 270 runs in 3 innings. Ben Stokes has amassed 10 more runs due to his out of the blue innings. Bairstow made his 150 off 190 balls, and was clearly emotional when he cut van Zyl to the boundary, celebrating the feat with passion, looking up to the sky in memory of his father who passed away in his teens, and was unable to make a century during his England career.

Bairstow batted beautifully and emulated Ben Stokes after reaching his hundred. He had troubles earlier in his career, and had been dropped many times, and been second best to Jos Buttler for a while. He made changes to his technique, and to good effect. Jonny now looks at his best, an on form batsman, helping England reach wins, and put them in winning positions.

Jonny Bairstow had the best seat of Stokes’ destruction of the number one test team from the other end. England were looking as if they would struggle to collect a total of 400 after the top 4 all got in and got out, and slumped to 223-5.

It was truly a great cricketing show, and while the big bash was on another channel, runs were being scored at a quicker rate in the test match, as they helped England to their highest ever total against score against South Africa. They both put a smile on the players and fans faces, and have put England in a great position, and have shown the world that this young England team are becoming the real deal in all forms of cricket.

It was a privilege to watch, and lets hope that we can see more of the same cricket for the rest of the series. 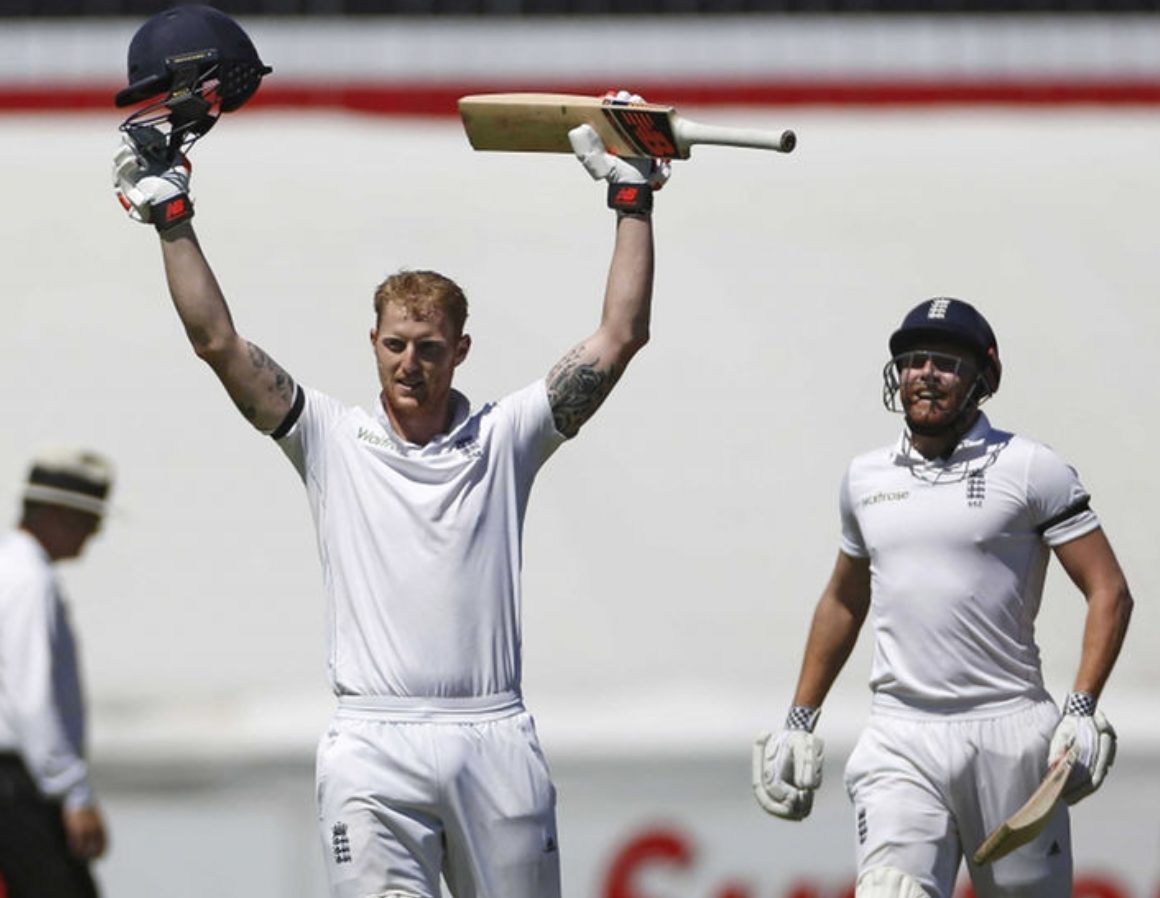