The 2021/22 season is set to be one of the most important of Ole Gunnar Solskjaer’s reign at Manchester United. After finishing second to Manchester City last season, pressure is now on United to go one better – especially with big-name targets being lined up this summer. But who could realistically arrive at the club by the end of the summer window, and how exactly will United fit them into their plans? We are here to try and answer those questions.

Despite the players linked to Manchester United this season, they are still not favoured by the bookies to win the Premier League. If you look at all the latest football betting odds, Manchester City still remain the top dogs.

The England international ended last season as the club’s de facto number one and is expected to pick up where he left off next year. Henderson is yet to fully make the number 1 shirt his own after a few shaky performances, but his form whilst out on loan at Sheffield United two years ago proves that he is more than capable.

Another player who could make a big difference if he comes in this summer is Kieran Trippier. The boyhood United fan probably won’t dislodge Aaron Wan-Bissaka immediately at Right-back, but if he can replicate the kind of performances that he did in Spain last season, it could happen sooner rather than later. Trippier’s excellent crossing, combined with his pin-point set-piece deliveries would be invaluable to United.

The captain is now one of the first names on the team sheet after a tricky start at Old Trafford. The only real question mark against Maguire heading into next season is his fitness, as injuries have begun to disrupt his momentum as of late. Nevertheless, if the former Leicester City man can return from this summer’s Euros in good health, he should occupy one of the Centre-back positions come the first game of the new campaign.

Ole Gunnar Solskjaer must have been sufficiently impressed with Villareal’s defenders during their 2021 Europa League final defeat, as he may end up signing one of them in the coming weeks. Raphael Varane and Jules Kounde are also thought to be on the United manager’s wish list, but Torres would be the cheapest of the trio to acquire – and may even offer the most value for money. A product of Villareal’s academy, the 24-year-old is set to be a starting Centre-back for Spain at this summer’s European Championships.

Shaw was one of United’s best performers last season, impressing with his energy up and down the left flank. Entering his peak years as a footballer, the 25-year-old will surely hold down the Left-back position, so long as he manages to stay fit.

United have been crying out for a quality defensive midfielder in recent years. Both Fred and Scott McTominay have been solid when called upon, but signing a player like West Ham’s Declan Rice could help take the side to a new level. The Hammers captain possesses undeniable qualities in terms of defensive nous and accurate passing that United would currently kill for.

The Frenchman’s long-term future still hasn’t been resolved, but a big campaign for the Red Devils in 2021/22 may earn him a new deal – or a sizable offer elsewhere. Either way, his performance level of late has probably convinced Solskjaer to include Pogba in the starting XI next season.

The club’s creative hub will be integral to their 2021/22 campaign – especially with the expectation level increasing. His impact at Old Trafford has been extraordinary since joining from Sporting Lisbon in 2020, as Fernandes scored 18 goals in 37 Premier League appearances last season. If he can spark up an understanding with the next entry on our list, United will be sitting very pretty indeed.

After numerous attempts at signing the Dortmund man, 2021 looks to be the year in which Jadon Sancho finally signs for Man United. The deal hasn’t been sealed just yet, but the expectation is that United will reluctantly hand over the 90 million Euros that Dortmund are seeking before the summer window slams shut.

The English forward has gained just as many admirers for his work off the pitch as he has on it over the past year or so. Having to play through injuries last season certainly didn’t help United’s cause, but with a full pre-season under his belt, those concerns are hopefully a thing of the past. Best deployed on the left side of a front three, it will be fascinating to see how the Manchester native plays alongside Sancho – should he sign for the club as expected.

The man tasked with leading the line for United is set to be Cavani, who has signed on for an additional year. Despite his age (34), the Uruguayan massively impressed last season, scoring 10 times in 26 appearances for the club. His experience will also be hugely beneficial for the likes of Sancho, Rashford and even Mason Greenwood, as all three of them will be able to learn from one of the most intelligent forwards in the game. 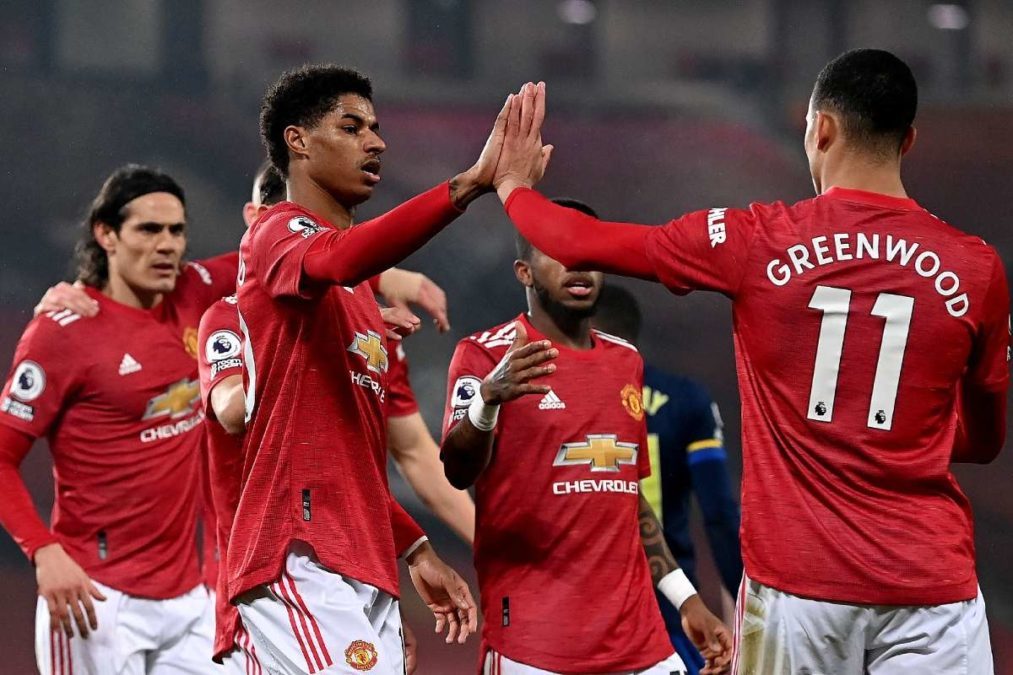