To start off the Euro 2020 Quarterfinals we head to Saint Petersburg, where Switzerland is aiming to cause another massive upset when they face a dominant Spanish side at Krestovsky Stadium.

The Swiss defy all odds to knockout the World Champions France from the tournament, the Nati side went ahead by a brilliant header from striker Seferovic then they missed a golden opportunity from 12 yards to make it 2-0 in favour of Swiss but Ricardo Rodriguez, unfortunately, missed the pen after that the Swiss side were totally dominated by the superior quality of French attack.

In no time Les Blues made it 3-1 and the game looked all done and dusted but then Switzerland rose from the ashes first Seferovic headed in with a crucial goal before super-sub Gavranovic levelling things up in the dying minutes to take the game into Added Extra Time, the Swiss held firm the French from scoring and took it to penalties where they remarkably beat the mighty French 5-4 with Mbappe missing the decisive penalty.

Spain, meanwhile, prevented a late shock in their Round of 16 clash with Croatia, the Checkered ones scored a late leveller to draw the game 3-3 in Normal time but felt foul of conceding 2 goals in Added Extra Time to lose 5-3, this was the second consecutive game in which La Roja’s have completed a 5-goal haul that means they have plenty of goals in them and they create high-quality chances.

Spain and Switzerland played a 1-1 draw when they face off each other in Nations League last year, with Freuler and Moreno on the scoresheet. We hope for another engaging contest between both sides tonight.

Switzerland will miss their captain Granit Xhaka as the Roma bound midfielder will serve a 1-game suspension due to the accumulation of Yellow cards in the tournament so far.

The Swiss will miss Xhaka’s leadership and playmaking abilities, he’s a key player for Switzerland dictating the tempo in midfield alongside Atlanta’s ball winner in Remo Freuler, Xhaka was also declared as the Man of the Match in the game against France.

Replacing Xhaka will be Borussia Moenchengladbach’s midfield powerhouse Denis Zakaria, other than that Petkovic has a full squad at his disposal however there’s a possibility that Mbabu may be dropped for Widmer on the Right wing-back slot.

Petkovic will go with a preferred 3-4-1-2 formation with Seferovic and Embolo in a double-act upfront and Shaqiri playing in the 10 role just behind them, Gavranovic turned saviour for his Nation scoring the levelling goal against France, he will again play his part as an impact-sub.

On the other hand, Enrique is expected to keep faith in his playing XI against Croatia, so we’ll see a trio of Morata, Sarabia and Ferran Torres upfront, Busquets and Pedri anchoring the midfield, Aymeric Laporte marshalling the defence. De Gea may replace Simon who made some high-profile goalkeeping errors in the Croatia game.

Though Switzerland have a pretty dismal track-record against La Roja’s only winning once in 22 attempts losing 16 times in the process. I’m being a bit Romantic here, I’m not sure the Spanish backline is resolute enough without Pau Torres I will the benefit of doubt to Switzerland here, there’s a real confidence in their camp and it’s like a free-hit for Petkovic’s men they are not expected to be in the quaterfinal they will give it a proper go and also they play some very decent brand of football.

Morata will open the scoring for Spain before Schar heading in a late equalizer after coming on as a substitute to take it to Extra Time followed by another penalty shootout where the Swiss will keep the nerves. 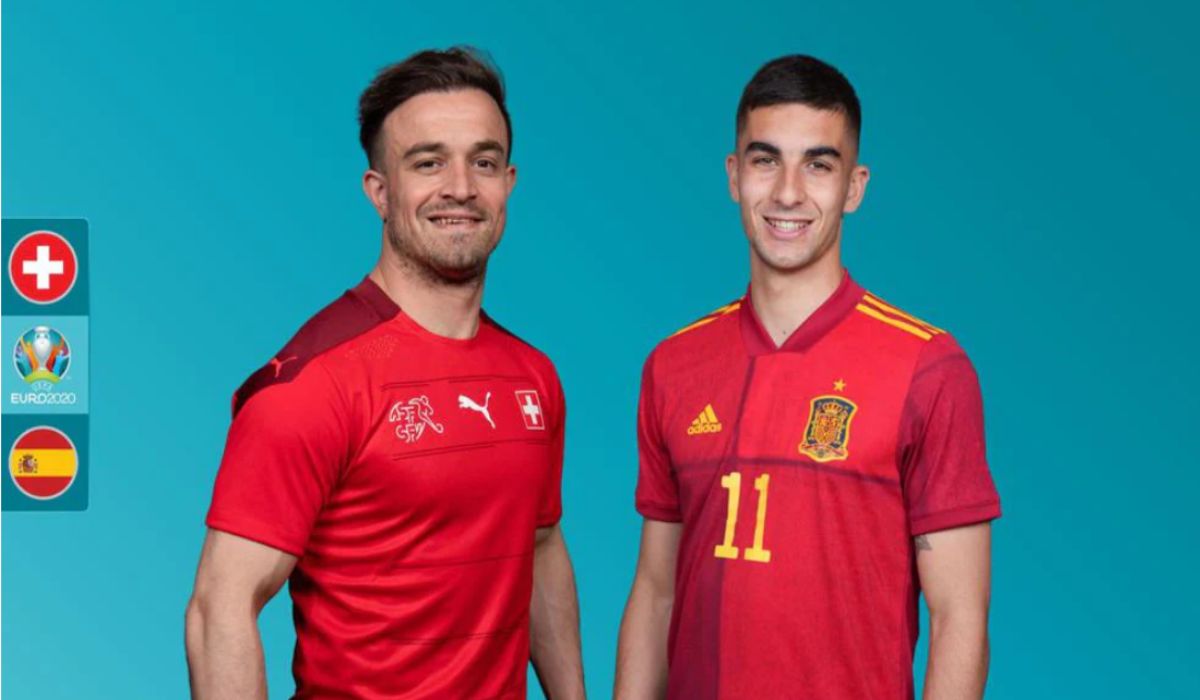