The NRL Finals are four games in, the NRLW two. The race for the coveted Provan-Summons trophy has narrowed down further.

The blockbuster showdown between minor premiers the Penrith Panthers and twice-defending champions the Sydney Roosters on Friday night had just about everything, except golden point.

The Roosters, keen to make up for a 60-8 drubbing from the Rabbitohs the week before, hit the gas early with tries in the first ten minutes from Josh Morris and Freddy Lussick. The rest of the first half was all Penrith as halves Jarome Luai and Nathan Cleary commanded the onslaught, particularly down the left side. Smart passing and kicking helped the Chocolate Soldiers establish a lead of 22-10, including a hat-trick from Cleary.

Stephen Crichton scored a try early in the second half off a penalty goal attempt that hit the post before the Roosters took back control of the game. It started with James Tedesco, before Morris put them within a converted try of equalling the Panthers. A Cleary field goal in the 77th minute should have secured the result, but the Roosters scored another try straight after to close the gap to one.

Luke Keary missed a wild field goal attempt in the dying seconds, sealing the deal for the Panthers and leaving Sydney to await a Week 2 opponent.

The Saturday triple-header in Canberra kicked off with the Women’s Sydney Roosters and St. George Illawarra Dragons teams in the opening NRLW game.

The Saints went marching in as favourites but it was Sydney who controlled all the play after both sides scored a try each in the opening stage. Roosters debutante Charlotte Caslick, a convert from rugby sevens and gold medalist at Rio, made her mark on the game as a playmaker and metre maker.

The Roosters scored another two tries and the injury-ravaged Dragons had few answers. The win puts the Chooks in a strong position with just another two rounds before the Grand Final.

The second NRLW game pitted the Brisbane Broncos, the sole premiership winners after two seasons of the competition, against the New Zealand Warriors, the only team to have beaten them in those two years.

All odds were against the Warriors, who built up a new squad almost entirely from scratch two weeks ago after a majority of players chose not to cross the Tasman and quarantine in Australia. Yet they were the first to score, Simone Smith and Ellia Green each claiming a try in the corners. The Broncos found their footing soon after as fullback Tamika Upton powered through to get the ball down three times in a row.

Another try to each side in the second half ensured a win to start the Broncos’ title defence campaign.

Both NRLW matches were a lead-up to the Raiders-Sharks clash, the first game of finals to see its loser knocked out of premiership contention.

Just the week before, the Sharks had been trounced by a Raiders outfit that was saving its best talent for this week. But with both teams at full strength, it was Cronulla that led the first half, exposing a surprisingly lacklustre Canberra defence to set the half-time scoreline at 14-10.

Jack Wighton turned the Raiders’ fortunes around in a space of five minutes, first taking advantage of a penalty with a quick tap in front of the tryline, and scoring a second try off a George Williams kick. The Raiders held the lead for the remainder of the game, eliminating Cronulla from the premiership race.

Canberra have booked a semi-final match-up with the Roosters at the Sydney Cricket Ground.

Queensland has the shame of not seeing any of its own teams appear in finals for the first time in nearly 30 years. Instead, the Sunshine State appears to be riding the bandwagon of the Melbourne Storm, which called Kawana home for a lengthy period and played its “home” Qualifying Final against the Parramatta Eels.

Parra continued the trend of the underdogs starting the game strongly, with Nathan Brown going over the line in the first minute and Clint Gutherson adding to the lead 20 minutes later. The Eels were dominant in this period, defending their edges well and taking full advantage of the Storm’s fumbling ball play.

Melbourne clawed their way back to even things up at the end of the half, and neither team broke the deadlock until the 54th minute when the Storm scored three on the trot. Ryan Papenhuyzen had an outstanding showing as he scored two and helped set up another four.

Both teams had their game soured by injuries to key players. Storm get off a little luckier as they join Penrith in enjoying a Week 2 bye, while the Eels are left to prepare for a semi at home.

The South Sydney Rabbitohs headed into their clash against the Newcastle Knights in the wake of serious criminal allegations against assistant coach and former player Sam Burgess, who has since stood down.

Perhaps it’s no surprise, then, that they took a while to get their heads in the game, as the Knights quickly posted a lead off the back of a risky but successful captain’s challenge. But in a period of the game full of balls being dropped or kicked out on the full, Souths didn’t take long to hit the accelerator with three tries in the space of eight minutes.

The Rabbitohs spine members were the heroes as the club scored 46 points unanswered. Damien Cook showed little sign of an injured knee as he ran 80m for their final try. Newcastle’s Hymel Hunt scored on the final siren to allow the retiring Aidan Guerra to kick the conversion as the Knights bowed out of their first finals series since 2013.

The Eels await Souths in their semi-final, while the Roosters and Raiders face off in the other. The second round of NRLW goes to Bankwest Stadium with the Warriors taking on the Roosters and the Broncos playing the Dragons. 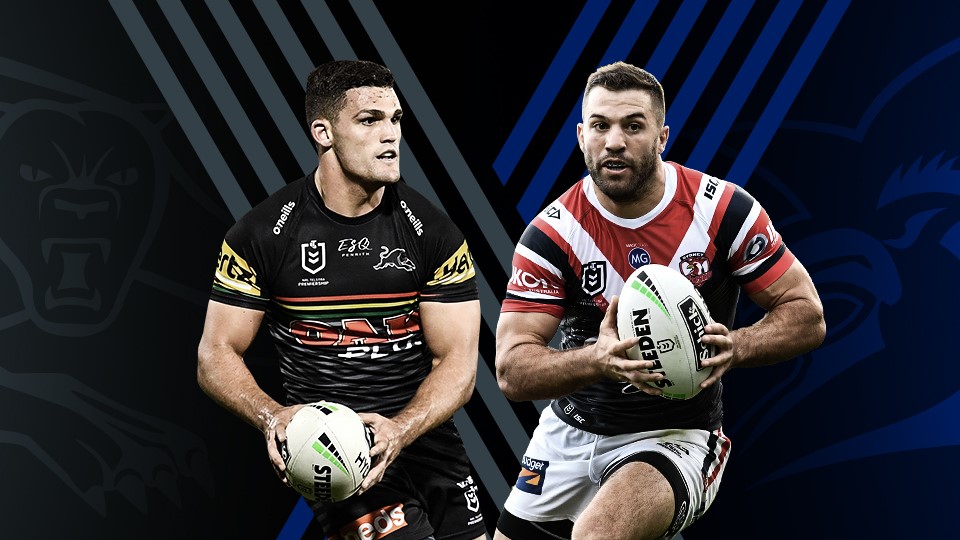