Week 4 of the NFL season was started with an abysmal Thursday Night Football game. The Broncos (1-3) and the Jets (0-4) went to battle and the Broncos’ third string QB captured Denver’s first win of the year.

Despite countless injuries to their offense somehow and someway the Broncos dropped 37 points on Sam Darnold’s woeful Jets. The slate of games for today are looking to have some fun matchups as a bunch of inter-conference games are slated for the afternoon. Some teams are scorching into Week 4 while others are limping in, and let’s see who’s hot and who’s not coming into the quarter mark of the year then make some picks.

The Chiefs just finishing unleashing a can of whoop butt on the Ravens, who were arguably the best team in the NFL so far. Clyde Edwards-Helaire gashed the Ravens with nice catches out of the backfield and some solid runs for a total of 134 yards from scrimmage. Tyreek Hill and Sammy Watkins were their usual wideout threats.

Travis Kelce was the dependable tight end he’s always been. That being said the star of the show was clearly superstar QB Patrick Mahomes. He threw for 385 yards and 4 TDs against the best defense in football with a 73% completion percentage. This was a crazy great performance, and is just another reason why he’s the best QB/player in football.

The Giants definitely are a close second but I can’t pick the Giants over the Jets. The Giants have played 2 close games against 3-0 teams and haven’t faced an opponent worse than 2-1. The Jets? They’ve lost to the Broncos’ third string QB. Philip Lindsay, Cortland Sutton, and Noah Fant were also all injured. They also got blown out by the 49ers and the Bills. The New York Jets are a mess and they know that they’re the worst team in the sport by a longshot.

The NFL games slated for this week are looking to be pretty fun. It’ll be hard to predict some games as with the natural volatility of the NFL, the games are also between close teams. I’ll predict the winner and the score, and we’ll go from there. While I think there are definitely going to be some stinkers (like Jets-Broncos) there are also some fun matchups with high flying offenses. Expect more high scoring games and a lot of touchdowns on the ground and air, as the picks are in, and it’s time to roll.

Now that those picks are in, let’s do the later games and the Monday night games.

We got our games picked and our predictions are set. Let’s move onto who’s going to be the player to watch for the week!

The Washington Football Team came off of a torching by Chubb and Hunt in Cleveland, and so Lamar will feast on their D-line. Not having Chase Young will hurt, and Lamar is out for blood as he got embarrassed on national TV by the Chiefs. Expect for Lamar to get 3 passing TDs, 1 rushing TD, and over 200 yards in the air and 100 on the ground. He’s going to torch the Washington Football team and remind everyone he’s a stud. Make sure you start him on any of your fantasy teams, and Washington, watch out.

That’ll wrap it up for the Week 4 pick-ems, as we’ve got NFL football all day to look forward to. 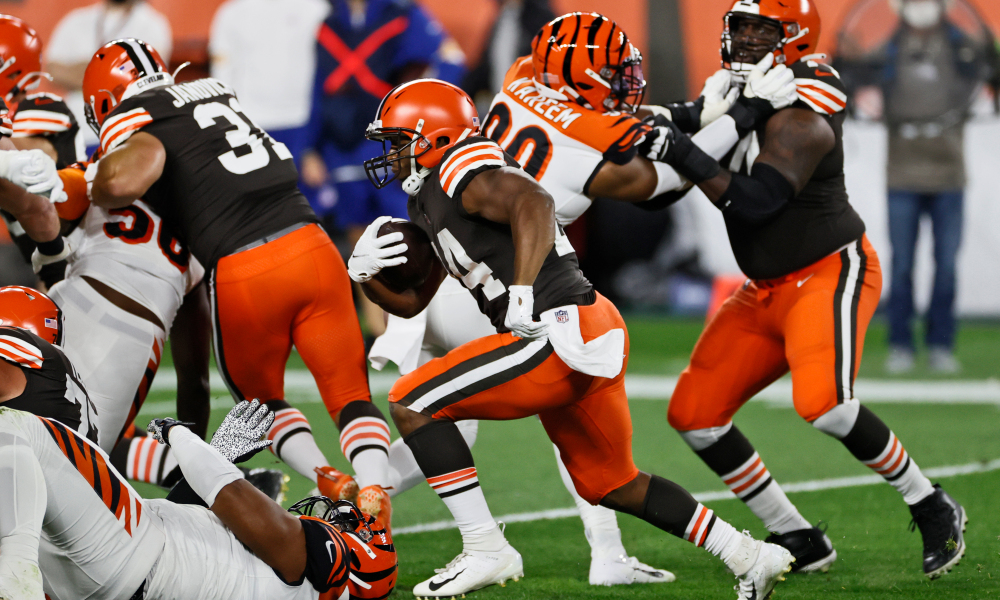