Only a quarter of teams in the NRL remain standing as the Premiership race heats up, while the NRLW Grand Finalists are locked in with a round to go. We are two weeks away from our winners.

Proceedings opened with a rematch of last year’s Grand Final at the SCG, as the Canberra Raiders chased revenge for the controversial way they lost that Premiership and the Sydney Roosters aimed to keep alive their hopes of a historic three-peat.

From the pre-game Viking Clap to the thirty-minute mark, everything was about the Raiders as Josh Papalii and Joseph Tapine powered through and the whole seventeen put up outstanding efforts in both attack and defense. It was a display of teamwork and sheer will that the Roosters had no answers to. A late try from James Tedesco did salvage some hope that the Roosters could make a second-half comeback.

What followed in the remaining forty minutes was a hard slog as the Chooks tried hard to take a lead. The game drew its own controversy when the Bunker disallowed a Raiders try due to obstruction by Jarrod Croker but didn’t do the same ten minutes later when Mitch Aubusson appeared to disturb Canberra’s defense. The Chooks clawed their way back with two tries in the half, but it was too little and too late thanks to Jack Wighton scoring in the 68th.

The Raiders will hope to bring the same early performance when they play the Melbourne Storm next week.

Saturday’s tripleheader at Bankwest kicked off with a showdown between the New Zealand Warriors, aiming to keep their Grand Final chances alive, and the Sydney Roosters, chasing a guaranteed spot in the big dance.

The Roosters were dominant throughout, leaving the Warriors scoreless for all but the last few minutes of the game. Sydney was almost faultless in their defensive efforts while Zahara Temara piled on the points, including an impressive 50 metre try to seal the deal. Kira Dibb helped the Warriors to two consolation tries late in the game, but their fate was guaranteed long before.

The result left the Roosters waiting to find out if they would know their Grand Final opponent in this round or the next.

Same circumstances, different teams. The St. George Illawarra Dragons sought to save their season and the Brisbane Broncos played for a guaranteed place in the Grand Final.

Julia Robinson and Millie Boyle hit the front foot to hand Brisbane a 12-0 lead at half time. What followed in the second was an ugly affair that overshadowed the quality performances of the game. Hair pulling and crusher tackles were among the penalised actions of the Broncos, while the Dragons suffered further injury woes. A late try to Lauren Brown secured the victory for the Broncos, but continued incidents could wreck their hopes of a three-peat down the track.

The results do mean the third and final round of the competition will be a pair of dead rubbers, with one game to be played for pride, and the other for a perfect run. ANZ Stadium will host both matches.

The conclusion of the tripleheader proved to be the most entertaining part of it, as the Parramatta Eels and South Sydney Rabbitohs clashed in a high-scoring thriller.

Neither side troubled the scorers much early, but Parramatta scored three on the trot after the Rabbitohs took the first points. The jumpstart was almost entirely the work of captain Clint Gutherson, who scored two to bookend his assist of George Jennings.

Momentum swung back to the Cardinal and Myrtle in the second half, taking the lead and holding it after the 54th minute. Souths did not look back after taking advantage of a missed Mitch Moses penalty kick to send Bayley Sironen over on the other end. Parra tried what they could to come back, but Damien Cook’s 50 metre effort ensured the Eels were knocked out in the second week for the third time in four years.

The Rabbitohs will head to ANZ Stadium to play for a Grand Final position, with the Storm and Raiders to battle it out in Brisbane in the other Preliminary. We’re almost done for the year. 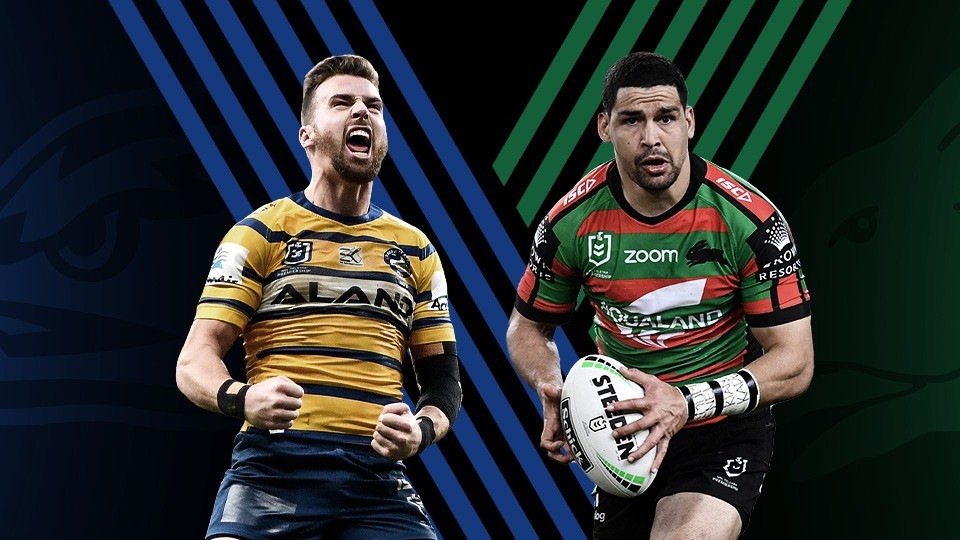