Monday Night Football this week saw Leicester City at home once again, and this time they welcomed Crystal Palace to The King Power looking to cement their place in the top four with victory, let’s see what happened…

The Foxes were back at their King Power home only a few days after they had easily seen off West Brom 3-0 thanks to a devastating first-half display, and they knew victory in this game would pull out a four-point gap to fourth-placed Chelsea but more importantly a seven-point gap to West Ham in fifth.

They welcomed a Palace side who are all but safe with an eleven-point gap to the bottom three as they sit in thirteenth place after another tough season, but if they could pull off a surprise a win here, they would break through that magical forty-point barrier and all but confirm their status in the top division for another season.

The Foxes win on Thursday stopped a small slide that had threatened to derail their top-four hopes, but they seem to be back on track now and have made the FA Cup final recently too, things are looking good for Brendan Rodgers outfit right now, and with Palace having only won two of their past nine Premier League fixtures, everything pointed to a Leicester win.

However, seven of Leicester’s nine defeats this season have come at home, with only the bottom three teams in the division having suffered more than that, so maybe a slight positive for The Eagles to hold onto perhaps although this was their first game in sixteen days, unheard of this season for the majority.

Jamie Vardy managed to get In behind the Palace back-line twice early on but was thwarted just about, and then he struck over another opportunity too, but Palace then stunned their opponents by taking the lead after twelve minutes when after Christian Benteke had stolen the ball from Youri Tielemans in midfield, the ball fell to Eberechi Eze who then slipped Wilfred Zaha through and he slotted past Kasper Schmeichel.

It was the fourth time in a row Zaha had netted at the King Power, he loves it there, and Leicester after starting so well was now behind, and Palace was unbeaten away from home in seventeen Premier League games after netting first, winning thirteen of those, so The Foxes would have to break that if they were to get all three points here.

That sixteen-day break had seemed to have given Palace a new lease of life, they looked energised and full of running, not something that had been saying of them recently prior to that break they had, and Leicester was finding it hard to break them down and it was turning into a much tougher evening than they had anticipated although Palace is capable of upsetting the apple cart from time to time.

Five minutes into the second half though Leicester found a leveller when a ball into the box by Tielemens saw Kelechi Iheanacho get to the ball ahead of Cheikhou Kouyate and lay a ball into the path of Timothy Castagne who fired an unstoppable left-footed effort into the top corner, it was the perfect start to the half for the hosts, now could they go on and win it?

Well, they should have found themselves behind not long after as Palace broke the Leicester offside trap to see Jairo Riedewald clean in on goal, but he took too long to decide what to do and eventually squared to Benteke but saw Jonny Evans produce a goal-saving challenge to poke the ball away from him and danger, it was a golden chance and a huge let-off for the home side.

Benteke then planted a free header straight at Schmeichel when if had been either side of him it would have been 2-1 Palace, and then Vardy was played in by Iheanacho down the other end, but the angle was against him and he could only fire across goal and wide, and then Tielemans fired wide when Iheanacho had played a ball into his path.

But with ten minutes remaining Iheanacho produced a moment of individual brilliance to win the game for The Foxes as he struck a wonderful effort home after cutting inside and firing powerfully into the roof of the net, it was past Vincente Guaita before he could move, and the hosts had come from behind to beat a stubborn Palace and grab a huge three points.

Iheanacho has now netted ten Premier League goals since the start of February, no one else has more than him, and it looks as if his goals are firing Leicester City to the Champions League for next season, a remarkable achievement if it does happen, they are now seven points clear of fifth-placed West Ham with five games to go. 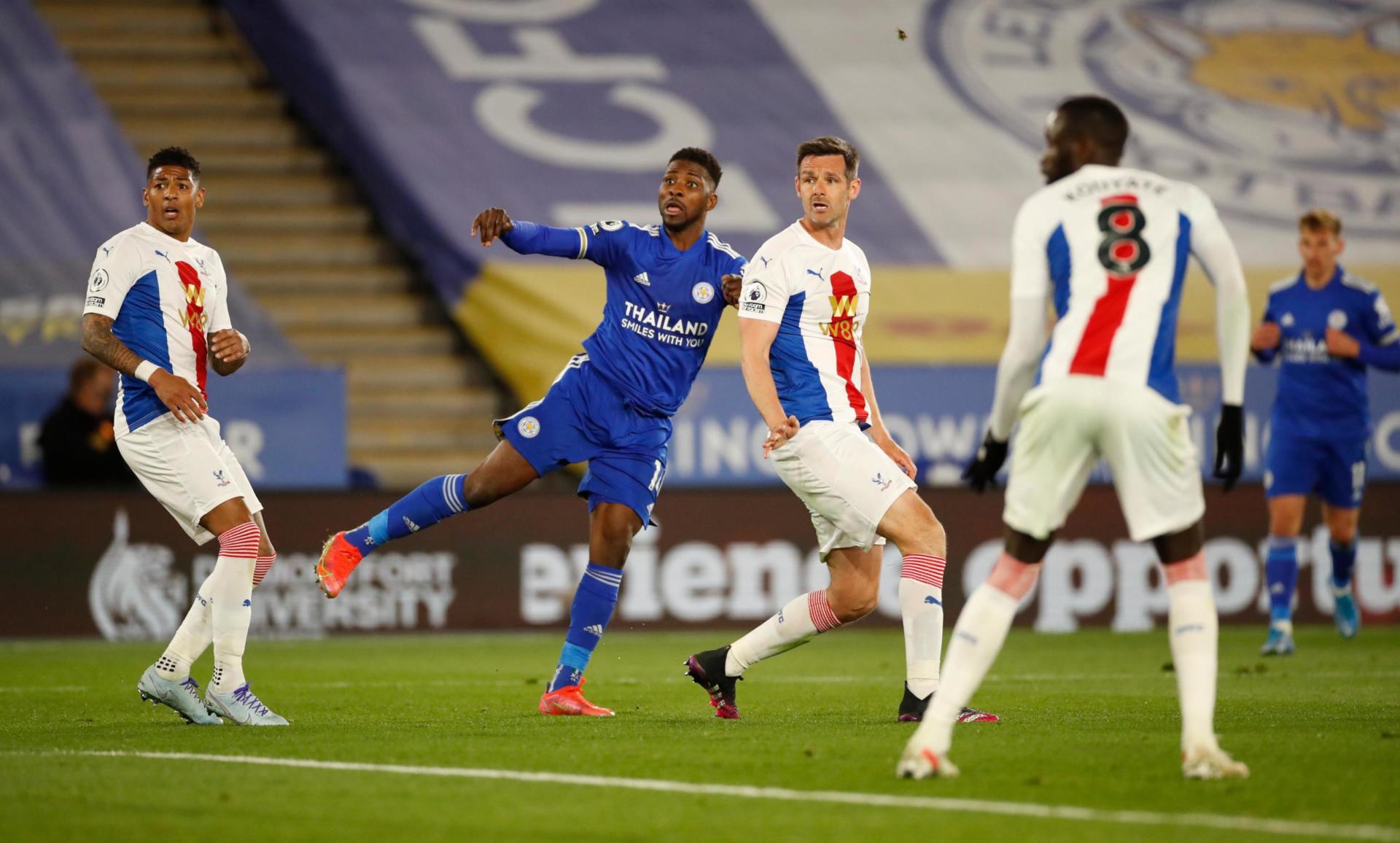