It’s that time again. The British and Irish Lions, a squad made up of the best rugby players from England, Scotland, Wales and Ireland, have joined forces and they have their sights firmly set on South Africa. Warren Gatland’s men beat Japan in their first warm-up match at Murrayfield (28-10) and recently opened their account in South Africa with a comfortable 56-14 win over the Sigma Lions.

With several more warm-up matches to come over the next couple of weeks, including games against the Bulls in Pretoria, South Africa A and the Stormers in Cape Town, before finally going head-to-head with the Springboks on July 24th, July 31st and August 7th — matches the Lions are tipped to win, according to the Lions Tour odds 2021 — now seems like the perfect time to zone in on the last time the Lions toured South Africa, which was back in 2009.

Having won all of their warm-up matches, the Lions couldn’t have prepared any better for their opening tour match against South Africa at the ABSA Stadium in Durban. However, they got off to a nightmare start as John Smit gave the Springboks the lead after just five minutes. A penalty, converted by Ruan Pienaar, gave South Africa a 10-0 lead and François Steyn made it 13-0 when he slotted a penalty between the posts in the 20th minute. The Lions finally got some points on the board when Tom Croft smashed his way over the line, but two more penalties from Pienaar meant that the Springboks went into half time with a 19-7 lead.

And, when Heinrich Brüssow scored South Africa’s second try of the game just five minutes into the second half, making it 26-7 in their favour, the game looked out of reach for the Lions. Late tries from Croft and William Phillips gave the visitors a glimmer of hope, but ultimately, their lack of discipline in the first half proved costly in the 26-21 defeat.

With the Lions knowing they had to get a result at the Loftus Versfeld Stadium in Pretoria to keep the tour alive, they came out of the blocks firing. Stephen Jones kicked a third-minute penalty and a Rob Kearney try, converted by Jones, made it 10-0 to the Lions after just seven minutes. An unconverted Jon-Paul Pietersen try clawed the Springboks back into the game, but Jones reestablished the Lions’ healthy lead with a penalty and a drop-goal. A South Africa penalty, converted by Morné Steyn, made it 16-8 at the break.

After a pointless 10 minutes of the second half, Jones’ third penalty of the match added another three points to the scoreboard, and that seemed to kick a bit of life into the last thirty minutes. Bryan Habana scored for South Africa to make it 19-15 and applied some pressure on the Lions. Steyn and Jones cancelled each other out with a penalty apiece before Jaque Fourie held off several challenges to score South Africa’s second try, which made it 25-22. Jones must have thought he’d secured a draw as his 77th minute penalty sailed between the sticks. However, the Springboks had other ideas, and Steyn’s 81st minute penalty, the last kick of the game, won them the test.

With the pressure off for the final match of the tour at Coca-Cola Park in Johannesburg, the Lions finally prevailed. Jones’ ninth-minute penalty was matched by the boot of Steyn three minutes later and the scores remained 3-3 until Shane Williams scored the first try of the match in the 25th minute, and the Welshman struck again soon after, with Jones’ conversion making it 15-3. A second penalty from Steyn on the brink of half time made it 15-6.

Ugochukwu Monye scored the Lions’ third try of the game around 15 minutes in the second half, whilst Steyn converted his third penalty of the game in the 68th minute. With just 10 minutes left on the clock and the scores poised at 22-9, the game was all but over. Just to make sure, Jones converted two further penalties to make it 28-9. 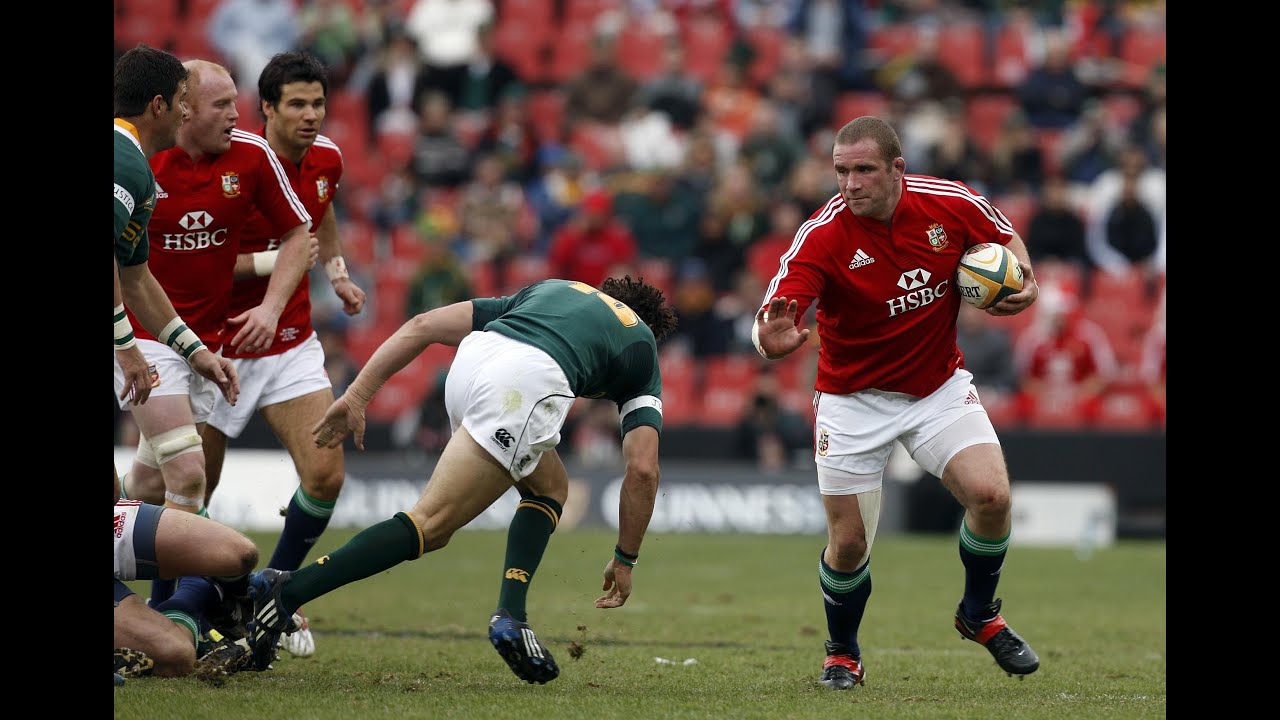