Tuesday’s action saw both Joey Evison and Jack Leach take 5-wicket hauls, Kiran Carlson and Chris Cooke break a partnership record for Glamorgan and Kent getting a double-hundred opening partnership. We also look at the third One-Day International between England and Pakistan at Edgbaston.

England would win the toss and elected to field first.

Simpson would be LBW to the same bowler for 3 before a 129-run sixth-wicket between Vince and Lewis Gregory would end with the former caught by Azam off Rauf’s bowling for 102 (his first century for England in this format). Gregory would be the final wicket to fall as he was caught by Khan off the bowling of Rauf for 77 – Craig Overton (18) and Carse (12) not out as England would win with a couple of overs to spare.

England would win the 3-match series with a whitewash.

Resuming on 312/9, the visitors would add 16 to their score before Liam Patterson-White would be bowled by Chris Rushworth for 73 – Luke Fletcher finishing on 17 not out.

Cameron Bancroft would be LBW to Stuart Broad for a 3-ball duck before Michael Jones would fall the same way for 5. David Bedingham would be LBW to Joey Evison for 30 before Sean Dickson would be caught behind by Joe Clarke off the same bowler without scoring.

Resuming on 270/5, the visitors would move the score to 361 before Lewis McManus would be caught by Ryan Higgins off the bowling of George Scott for 39 with Keith Barker caught by a sub fielder off the bowling of Glenn Phillips for 31 – Nick Gubbins (137) and Mason Crane (13) not out when the declaration came.

Miles Hammond would be bowled by Crane for 15 before Scott would be caught by Ian Holland off the same bowler for 29. James Bracey would be the final wicket to fall as he was bowled by Kyle Abbott for 8 with Tom Lace (25) and Phillips (16) not out at stumps.

Mitchell would be LBW to Mike for 23 before White would be caught by Barnes off the bowling of Parkinson for 34. Harris would be the final wicket to fall, LBW to Barnes, for 26 with Steve Eskinazi and Nathan Sowter finishing on 53 and 10 respectively.

Ryan Patel would be Leach’s fifth wicket as he was caught by Conway for 22 before van der Merwe would take the final 2 wickets, first Jordan Clark would be caught by Hildreth for 33 before Jamie Overton would be bowled off the final ball of the day for 4 – Rikki Clarke would be 15 not out.

Resuming on 52/2, the hosts would move the score up to 154 before Marnus Labuschagne would be bowled by Luke Procter for 77 with Billy Root the only other wicket to fall in the day, also bowled by Procter, for 45 – Kiran Carlson and Chris Cooke would add an unbroken 307-run partnership (a Glamorgan record for the 5th wicket) as they finished with 170 and 133 respectively.

Resuming on 122/7, the visitors would add 1 to their overnight score before Wightman would be bowled by Jamie Atkins without scoring with Matt Quinn being caught by Oliver Carter off the bowling of Ollie Robinson for 11. Jaskaran Singh would be the final wicket to fall as he was LBW to Sean Hunt for 2 – Hamidullah Qadri getting his personal best with 30 not out.

Resuming on 273/2, the visitors would move onto 411 before play was halted after 23.2 overs in the day following an injury to Dom Leech (he lost his footing in the outfield and slid into the concrete base in front of the Western Terrace) – Luke Wells and Josh Bohannon ending the play with 97 and 74 not out respectively. 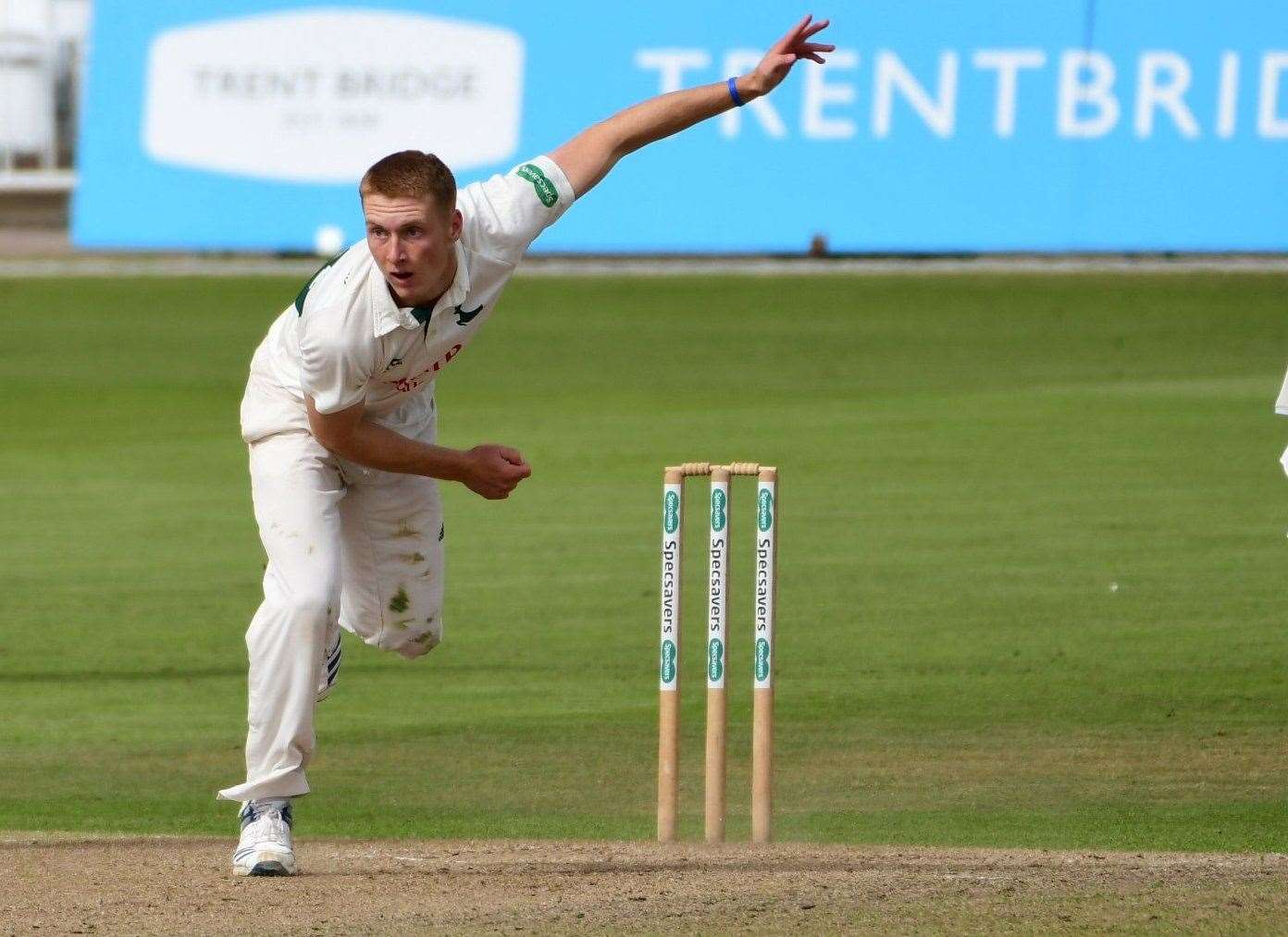