Last week, India left the Southern Australia coast full of beans and verve for the Western Australian coastal test of pace and bounce. The performance at Adelaide had left many Indian fans like me salivating for a 2-0 unassailable lead after the Perth test. Not only were we salivating, we wanted to show them Aussies at Perth. We wanted a four man all out pace attack to have their batsmen hopping and jumping at the new Perth Stadium. We prayed for a grassy, bouncy pitch that will host this encore.

They say, “be careful what you wish for!!”. All of the above turned out to be true, many of the Aussie batsmen did hop and jump at Perth. But, the end result was that India lost the test match by a whopping 146 runs. While we asked for a display of our new-found macho, the Aussies prepared themselves with quiet confidence. The confidence came from having run India close at Adelaide. While we prepared to blow their batsmen away like a gale, the Aussies plotted a cunning tale with a spinner to lead the rout.

Nathan Lyon, that spinner, bowled a beautiful length altering the line between the off stump and the fifth stump. He turned a few and let the rest go with the line. The other bowlers in the cast played their part, knocking off the weak Indian batsmen at the top and the bottom of the order. After watching this performance, many of us were left questioning. “What were we smoking, when we supported a batting unit that comprises 2 and a half batsmen ?”. What a reality check it was for us in Perth!!

As the Indian team flies cross-country to Melbourne, what is it that we have realized ?

We have realized that the team has been playing with 2 and a half batsmen and 3 bowlers. This was the case in Adelaide as well, except that we had 4 bowlers instead of 3.

We have realized that it is futile to take on the world’s most varied bowling attack with 2 and a half batsmen. To think that, we chest thumped going into the Perth test!

We have realized that our golden boy needs to be questioned about his choices. That should start with the coach he prefers to keep with him. May be we need to say no to some of his whims. May be we needed a balancing force like Kumble in the dressing room.

Like I had written in my preview, this is not the first time an Indian team has let the 1-0 advantage slip in an away series. Most of them did so even after picking the best possible team in the subsequent matches!!

What are the changes one can expect in Melbourne? Indian team has called in reinforcements from back home to join them on tour. There will be a new opening pair at the MCG. A spinner, most likely Ashwin, will replace Umesh Yadav.

Will these changes result in changing the course of the series ? The answer will lie in the spirit that our team, particularly the batting unit, shows on the ground. A few of the 10s and 20s, will have to be converted to 100s. The first innings batting scorecard reminded many of us of the Indian scorecard of the nineties (Replace Virat with Sachin, the year of the match wouldn’t matter). Such scorecards should be relegated to history once again.

There are still two more test matches to be played. One certainly hopes that this series will not go the way the 2014 English series went. After the loss at Southampton, the Indian team seemingly refused to turn up on the ground. The English blew them away 3-1.

The manner of defeat at Perth has left one deflated and hung over like after a wild party. Like the one that we had at Adelaide. 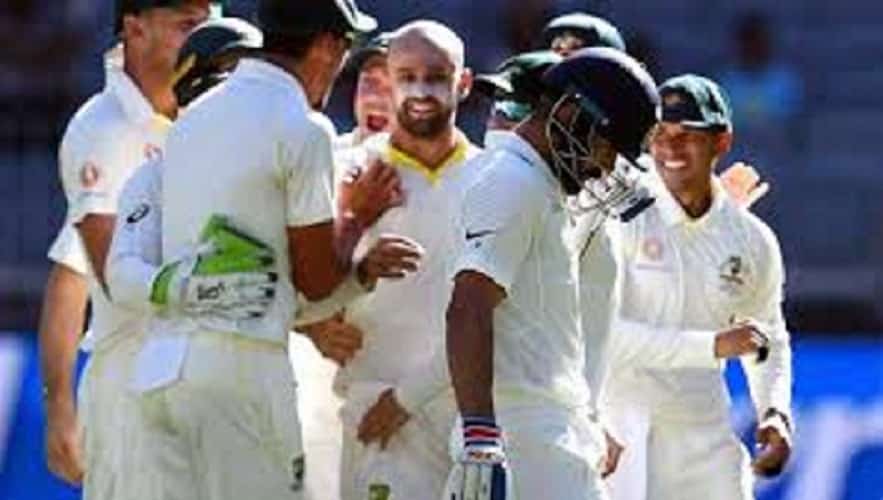