India beat New Zealand by 90 runs in the second One Day International (ODI) match played at Mount Maunganui, to take a 2-0 lead in the 5 match ODI series. This win continues the dream run the team has been having down under. England will keep their eye out for this Indian team, who look the likeliest team to spoil their World Cup party, later this year.

Virat Kohli won the toss and opted to bat first on a beautiful batting pitch, in a picturesque open ground. Virat said at the toss that he wanted to test his team’s ability to set a target, particularly in pristine batting conditions. If one goes back to the Champions trophy in 2017, India ended up scoring below par in their 50 overs, whenever they batted first. One of the main reasons for that was the lack of firepower in the middle order. Since that tournament, India has been experimenting with players like Rayudu, Karthik, Kedar, Manish Pandey, Shreyas Iyer et al to find a fast scoring middle order combination, that can take the good work of the top order forward and put the icing on the cake, as it were. This experiment is still in progress, in this series as well.

Now, let us look at what happened in the game today.

What worked and What didn’t?

Indian openers, Rohit and Shikar, used the good pitch and perfect weather to get India off to a very good start. Except for the first over from Boult, where Rohit ‘expertly’ threaded the gap between the wicket keeper and the second slip, the openers rarely looked in trouble. On a good pitch with short boundaries, I was a bit surprised by New Zealand’s bowlers bowling short to Rohit. He peppered the boundaries with his outstanding back foot play. Rohit and Shikar were unlucky to miss their centuries, as the bowling held no dangers for them.

Against the run of play, India lost the openers soon after their 150 run partnership. The pair of Kohli and Rayudu, who replaced the openers, allowed the New Zealand bowlers to restrict their scoring, as both of them played quite defensively. Rayudu in particular, could never go beyond the third gear, in which he played throughout his innings. This will be a worry for Virat. His No.4, whether it is Rayudu or his earlier choice of Manish Pandey, have found quick scoring very difficult against good bowling attacks. Scoring 47, at a strike rate of  less than run-a-ball on a good batting pitch, is not what Virat would want from his No.4 batsman.

Dhoni and Kedar corrected the brief hiccup in scoring during the slog overs and took India to a good score of 324. Dhoni’s timing was not perfect today, but he used his experience and gumption to score an important 48 of 33 balls. India would have been disappointed to finish at 324 for 4, after being 150 for no loss in the 25th over. However, at the end of the match, it proved to be 90 runs too many for the Kiwis.

Since the time the Kul-Cha spin combination joined the Bum-Bhu combination in the ODIs, Indian bowling has been a treat to watch. In this series, Shami, in place of Bumrah, has been doing the job for the Indians down under. Bhuvi and Shami, once again, ensured that the top order of NZ was removed in the first 10 overs. This enabled the spin duo to come in and bowl without pressure.

For a brief period, India’s fifth bowling combination of Vijay Shankar and Kedar, looked like would prove costly for India. Vijay did not give a good account of himself in the two overs that he bowled. Unfortunately, he neither has pace nor the nous to succeed as a fifth bowler for this Indian team. I am being is unfair on the young man, but he doesn’t seem to be ready for international duty as an all-rounder, particularly against top teams. He needs to bowl much faster than he currently does and also needs to add some variations, to lay claim to that all-rounder spot. I am sure that someone who has come this far, can find a way to go further!

Coming back to the Kul-Cha combo, they did their job perfectly, again in this match. They looped their leg spinners and teased the New Zealanders to fall for their bait. Doug Bracewell did take them to the cleaners towards the end of the New Zealand innings, but by then the game was already out of NZ’s hands. Virat wouldn’t mind this kind of hitting, as the spin duo get their wickets by enticing the batsmen to go after them.

However, to me, the highlight of the innings was the brilliant stumping of Ross Taylor by Dhoni. Harsha calls Dhoni the one with the “Fastest hands in the East”. Ross Taylor’s back foot was in the air for just one frame and it is in that moment did Dhoni whip the bails off. The man is a genius behind the stumps, particularly to spinners. Like Michael Clarke says, if Dhoni appeals for a stumping, it is pretty much guaranteed to be out.

The New Zealand bowling effort could be split into two halves. The New Zealand bowlers, except for Ish Sodhi, were quite unimpressive in the first 20 odd overs. However, from that point, they started to bowl to a good plan to slow down the scoring of the Indian batsmen. It is this kind of tight bowling that induced those false shots from Shikar and Rohit. The bowlers continued their good effort, mixing their pace, and slowed down Virat and Rayudu. Except for the 50th over which went for 21 runs, New Zealand bowlers kept the Indian middle order batsmen under check in the latter half of the innings.

Ish Sodhi was the pick of the bowlers. Though he did not pickup a wicket, he bowled intelligently and kept the scoring under control. Lockie Fergusson, even though he gave away plenty of runs, showcased himself to be an intelligent fast bowler. He bowled a tough line from around the wickets and mixed his pace and length quite expertly. On another day and another place, he would have had much better bowling figures to show for the effort.

New Zealand’s batting has been quite ordinary, to say the least, in this series. Their best partnerships in the two games, have involved Lockie Fergusson, who bats no.9 for them! This fact should speak volumes about their below par effort. The high quality bowling attack that they face, is definitely one of the reasons for their failure. But, they need to own up the other part of the failure. They seem to be approaching the game without a good batting plan. This kind of shot-a-ball playing style might work against Sri Lankan bowling, but not against this Indian attack.

One hopes that they would rework their strategy for the third match and come with a plan to play the full quota of 50 overs. That will be a good place to start. New Zealand needs to keep enough wickets in their hand to make India pay for their weak fifth bowling combination. They should also remember that ones and twos are legal ways of scoring runs in cricket.

The Indian juggernaut is on a roll and New Zealand is getting trampled under it. Unless, the home team rework their batting strategy, they will be flattened by this Indian team, never able to get up.

As far as India is concerned, they need to fix the problem at the No.4 batting position. They need a fast scoring batsman, who can keep the scorecard ticking initially, and then be able to step on the gas in the last overs. Rayudu is able to do the first part but he does not seem to have the energy to accomplish the second. Virat will do well to listen to Rohit and make Dhoni bat at No.4. I think, Rohit is a smart captain and he seldom makes frivolous comments.

For the detailed scorecard of this match, please visit Cricinfo 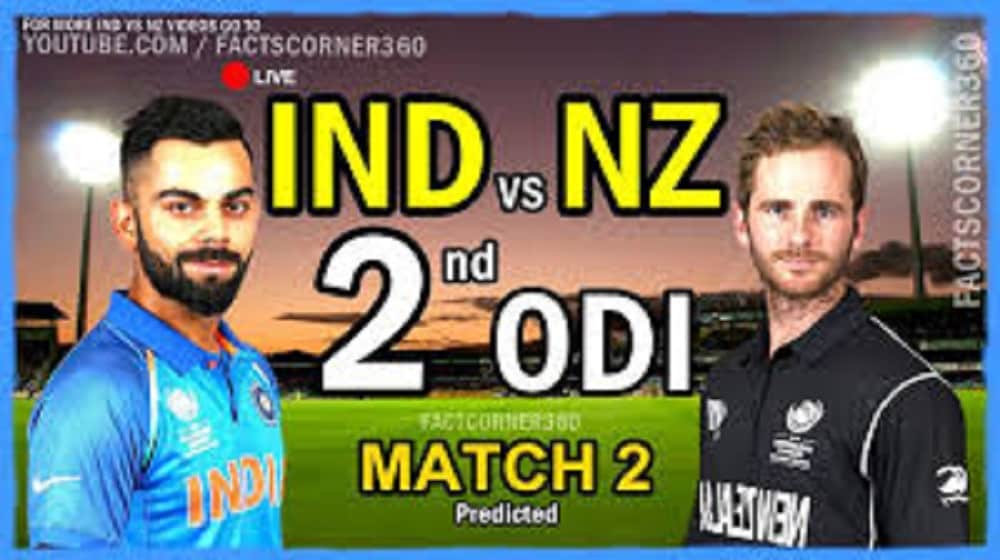