Fight for Semi Final at Mohali

India and Australia will fight for the second semi final spot in this edition of World T20 2016, India will look to seal the semi final berth today at Mohali.

But inconsistency of the openers and middle order still hurts them.

In the match against Bangladesh the openers gave India a steady start but the failed capitalise on it.

Form of Hardik Pandya is also a worry. He didn’t bat well in the last match. His bowling was too expensive, although the last over turned the match but he leaked 29 runs in his four overs spell. His wayward bowling could have coasted India that match.

Inconsistency of Yuvraj and Suresh Raina is another matter of concern for the host. These two players are the key players for India.

Yuvraj looked very against Pakistan at Kolkata, but against the kiwis and Bangladesh he looked rusty again.

Raina spent some time at the crease against Bangladesh. He was the top scorer for India in that match.

His last innings will help to counter Aussie attack. He built a handy partnership with Kohli. This should give him a lot of may face confidence. Raina is hoping to be amongst the runs before the start of semi finals and finals.

But the good news for the Indian fans is that Virat Kohli is in tremendous form and he is hungry to win matches for his country. He is surely a player to watch out for.

Dhoni also is in good form. But can he be the finisher? Is the question to be asked.

Ashwin, Nehra and Bumrah are in good rhythm. But the fast bowlers need to be accurate with line and length.

Dhoni should not experiment with his batting and bowling line up.

Promoting Hardik in the batting order might prove costly. And allowing him to bowl the last over instead of Bumrah may take the match away from the hosts.

India can’t afford to experiment in this and other reaming games. These matches are do or die for them.
India should use Pawan Negi instead Pandya or Jadeja. The Aussies may have not seen him much. He will come handy against the Aussie batting line up.

Australia will be comfortable after a decent win against and good victory against Pakistan.
They too lost their opening against the black caps.

Australia is in good form. Their opener Khawaja and Watson gives them a flying start.

James Faulkner and Peter Nevil are in lower order for some big hits in last few overs.

Their bowling also is in red hot form.

James Faulkner becomes the first Oz player to pick up 5 wicket haul in world t20. He achieved this feat yesterday at the same ground against Pakistan.

Other bowlers like Marsh, Hazlewood and Zampa are good too.

These bowlers have ability to stop runs and take wickets.

Australian players have IPL experience behind them; this will help to go past India easily.

Both the teams will not take this match lightly because it’s a tough game and the winner takes it all, the loser goes home. 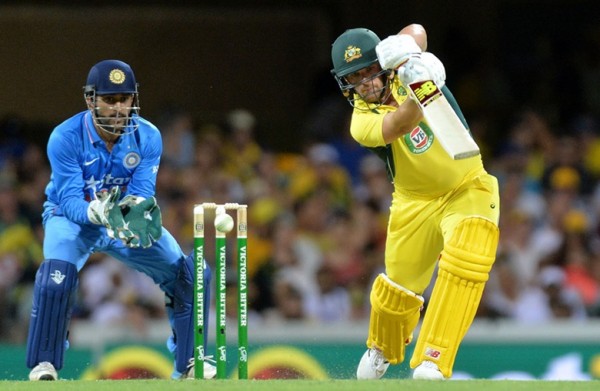