Sri Lanka will be on a high after defeating India, the recently crowned No.1 T20 side. The inexperienced Lankan line up were on the mark in first T20.

In the 2nd T20 match, the visitors will look to seal the series. The 2nd T20 is been played on 12th of February (Friday) at Ranchi. This match is going to be played in home ground of MS Dhoni.

India couldn’t play the Sri Lankan bowlers on the green wicket. They were bundled out for 101 and that simply is not good enough for 20 overs.

The hosts will be looking to gain some winning momentum in this match while the Visitors will look to continue their winning streak.

In the first match India were over confident. They took the inexperienced Lankan bowlers very lighty. Dhoni didn’t use his bowlers well. Ashwin was brought in on the 12th over and Nehra was not allowed to complete his quota  of four overs.

Now, in this match India should their stick  with their bowlers. Ashwin and Nehra should be brought on early for a quick break through. Jasprit Bumrah, Harbhajan Singh and Jadeja should be used to contain runs in later and in-depth overs.

India cant defend totals and 101 is not a target this is easy to chase for any team and very difficult to defend for any team.

If India wins the toss , they should elect to bowl first. They are good in chasing down totals. Rohit Sharma , Ajinkya Rahane, Suresh Raina and Yuvraj Singh can come handy to chase a target.

India will want all round performances from Raina , Ashwin, Yuvraj and Jadeja

On the other hand Sri Lanka will try to repeat the same bowling performance in this 2nd T20, Asia Cup and also in ICC World T20. The Sri Lankan pace trio of  Kasun Rajitha, Dushmantha Chameera and Dasun Shanaka  made a good impression on a lively track at Pune but they will be tested in Ranchi.

Sri Lanka have no reason to make changes in their squad. They have in form batting and bowling line-up. The important thing is that they have the winning momentum with them and they have broken the winning of the Indian team, remember India won the T20 series in Australia 3-0.

Because of this Series win India went to No.1 Twenty20 rankings.

Sri Lanka likely squad for the 2nd T20 in Ranchi. 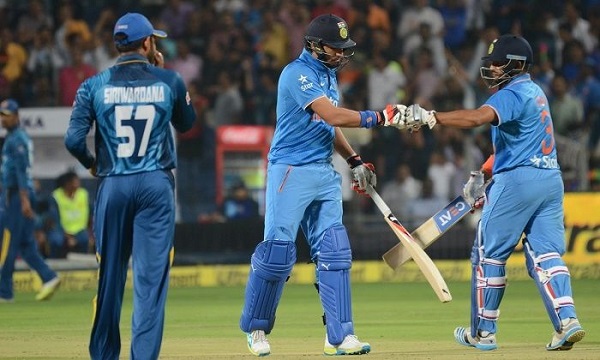