Few hours to go for the India vs West Indies match at Wankhede Stadium, Mumbai.

Both the teams ready to face each other in the second semi final today. The question rises that who will play England in the final on 3rd April at the Eden Garden, Kolkata ?

India won a trilling game against Bangladesh, they had a very good game against Pakistan and they were unstoppable against Australia to seal the semi final berth.

Windies also layed very good against England, they chased down the target of 183 because Chris Gayle’s lighting hundred. They played well against Sri Lanka and South Africa to qualify for the semi final.

Both teams are in tremendous form in this ICC World Twenty20. Both are capable of playing in the finals. This would be the first time that T20 cup will have a repeat winner. India won it in 2007, England won it in 2010 and west indies won  in 2012.

India still have problems heading into this semi final match. Openers not in form, Suresh Raina is inconsistent and injury to Yuvraj Singh is manger concern.

Dhoni will have to think the team composition for this game and the final game too.

All eyes will be on these batsmen. Specially on the local boy called Rohit Sharma, the hit man has not fired in this tournament. His last best score was in a warmup game. He scored 98 not out against the same team and in the same ground. His fans would be hoping to see the same magic again.

Indian bowling is been good through out the tournament. Specially the depth overs, Bumrah, Hardik Pandya and Nehra are good in it. Ashwin, Jadeja and part time spin of Raina will contain runs in the idle overs.

The Indian bowlers should have a bowling plan against Gayle, Bravo, Russel, Flecther,Sammy and Charles. These are very dangerous batsmen. Indians have this experience in the IPL games. Some of the Indian players play with these batsmen.

Hardik Pandya and Ravi Jadeja are the lwading wicket takers for India. The third position is poised with Ashwin,Nehra and Bumrah.

Dhoni shouldn’t experiment too much with his bowling line up. Instead of Pandya, Bumrah should be the ideal bowler to bowl the last over.

It would be very interesting to see whether Dhoni uses Ashwin to bwl the first over or he will persist with Nehra.

On the other hand West Indies will miss their star spinner Sunil Narine and Star all rounder Kiron Pollard will be missed surely.

Form of Samules,Dinesh Ramdin will hurt them. These two batsmen didn’t fire for them in the whole tournament.

Loss in final league game against Afghanistan will hurt them, but they will learn a lot from it.

We may see improved West Indies team performance after that loss. West Indies will be without Andre Fletcher, who was ruled out with a hamstring injury. His replacement Lendl Simmons has a chance at getting a game straight away.

This contest will decide who will play England in the final. 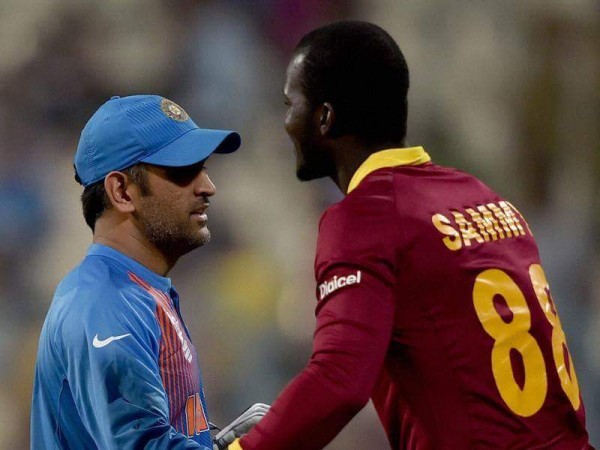