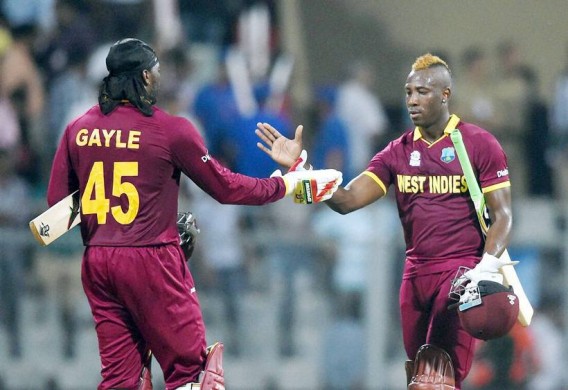 ICC World Twenty20 2nd Semi Final Review between India and West Indies at Wankhede Stadium, Mumbai. In this knockout match between the Windies and India, West Indies were put India to bat first.

Both got their 40s and gave India a very good start, Ajinkya Rahane scored 43 and Rohit Sharma scored 40. They both were dismissed in search for the quick runs, they were also looking to up the run rate.

After the first wicket of Sharma, Kohli came to join Rahane at no.3, luck was favouring Kohli as he survived a run out on no ball. He made best use of his chances, he attacked the Windies bowlers with ease.

He and Kohli shared a quick 50 run stand. Before Rahane was caught in deep by Bravo and bowled Russell.

Dhoni promoted himself upper the order instead of struggling Suresh Raina.

These both batsmen carried out from where they left against Australia. Both ran excellently between the wickets and also hit boundary or six in every over.

Both the batsmen entertained the Mumbai crowd. This crowd was reminded the 2011 world cup finals by these two.

Among West Indies bowlers all went for runs.

Badree was the pick of bowlers. Their captain Daren Sammy didn’t opt to bowl because of Indian onslaught.

The chase of 193 didn’t start well for the Windies. In the second over Gayle was dismissed for five by young Bumrah.

Few overs later, Samuels was also caught Rahane for 8. Ashish Nehra took this wicket, his only wicket in the match.

After the two wickets, Indian bowlers disappoint the crowd.

No one could break the partnership between Charles and Simmons.

Both batsmen completed their fifty’s and took the game away from India. These two also shared a partnership of over 90 runs.

It was Virat Kohli who provided the much needed break through.

But, that wasn’t enough. Simmons was lucky to given not out 3 times. He was caught on no balls bowled by Ashwin and Hardik Pandya and survived a catch caught by Kohli, as he touched the ropes.

Windies were brutally hitting the Indian bowlers all over the park.

Genius of Ashwin and Jadeja also couldn’t stop them. The spinners conceded 68 runs in their 6 overs.

Bad captaincy from Dhoni too, when calls Kohli to bowl, why he didn’t use Raina’s spin as a option?

Why was he selected in the team?

Andre Russell and Simons took West Indies to the final.

Windies won the match by 7 wickets and 2 balls to spare.

Man of match – Lendin Simmons for his match winning 81 not out.

For India it was Nehra, the economical bowler. Rest were very expensive. 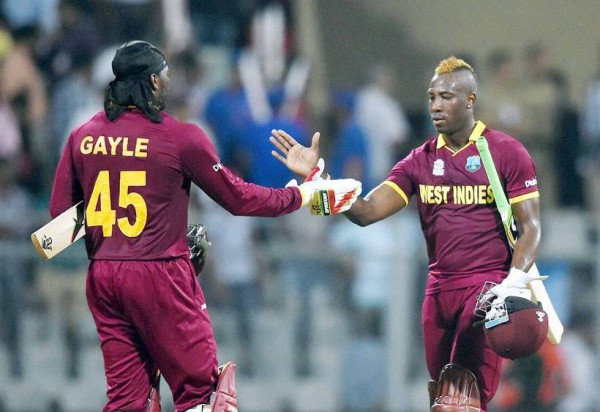