The Grand National is one of the biggest sporting events of the year due to its unique ability to bring the UK to a virtual standstill. People gather around screens to watch the hardiest stayers in the business slog it out over an epic trip of 4 miles and 514 yards. The National is also enjoyed by a TV audience of more than 600 million people across the globe, making it arguably the world’s most popular race.

The Melbourne Cup is the only race in the world that can compete with the Grand National. It also brings its home nation to a standstill – the Melbourne Cup is dubbed “the race that stops a nation” and it is celebrated with a public holiday in Victoria – and it is also beamed out to around 600 million people worldwide each year.

The Kentucky Derby, the Dubai World Cup, the Cheltenham Gold Cup, the Derby at Epsom and the Prix de l’Arc de Triomphe do not come close to matching those viewing figures. No other races can compete with the Grand National and the Melbourne Cup in the global popularity stakes.

There are many more similarities between the two races. They are both huge betting events. British bookmakers accept £250 million in wagers on the Grand National, making it the most important race of the year for them. Australians bet around AU$125 million on the Melbourne Cup in 2019, and it is also the biggest race of the year for bookies Down Under. If you check here for the latest odds, you will see just how competitive the race is.

These iconic races also transcend the sport of horse racing. The Grand National sits alongside the FA Cup final, Wimbledon, the British Grand Prix and The Open Championship as one of the key sporting events of the year in the UK. The Melbourne Cup ranks alongside the AFL Grand Final, the State of Origin, the NFL Grand Final and the Australian Open as one of the major events in the Australian calendar.

They both enjoy enormous worldwide appeal, which no other horse races have managed to achieve. The Grand National has been running since 1839 and the Melbourne Cup was inaugurated in 1861, so they are both steeped in heritage, which helps them appeal to sports fans.

Both races also form the main event in a broader festival. The Melbourne Cup is the showpiece event of the Melbourne Cup Carnival, and indeed the main race in the entire Spring Racing Carnival.

The Spring Racing Carnival features many famous races, including the Caulfield Cup, the Cox Plate, the Victoria Derby and the VRC Oaks, but the Melbourne Cup is the one that everyone wants to win.

The Grand National also forms the centrepiece of a three-day meeting at Aintree, which includes 11 different Grade 1 races. Visitors descend upon Flemington and Aintree each year to watch the action unfold, providing a significant boost to the local economy.

There are also several key differences between the two races. The most obvious difference is that the Grand National is a jumps race, whereas the Melbourne Cup is a flat racing.

Jumps racing is only really popular in the UK and Ireland, so the global appeal of the Grand National is pretty remarkable. That could be down to the sheer drama and spectacle it provides. The field of 40 runners must clear 30 different fences during the Grand National, including fearsome obstacles such as Becher’s Brook, Canal Turn and The Chair.

Many horses fall during the Grand National, so even finishing the race represents a significant achievement, while winning it is the stuff of legends.

The Melbourne Cup is a shorter race at 3200m, and there are no fences to be cleared, so it is completed in around 3 minutes and 20 seconds. The Grand National typically goes on for more than 9 minutes, making it an unusually lengthy affair.

The Melbourne Cup also attracts many of the finest horses, jockeys and trainers from across the world to compete, whereas jumps racing is generally limited to the UK and Ireland, so you do not see raiders from the other side of the world competing.

They may have a number of differences, but they both deliver a thrilling and extremely competitive spectacle each year, so it is easy to see why they are the two most popular races in the world. 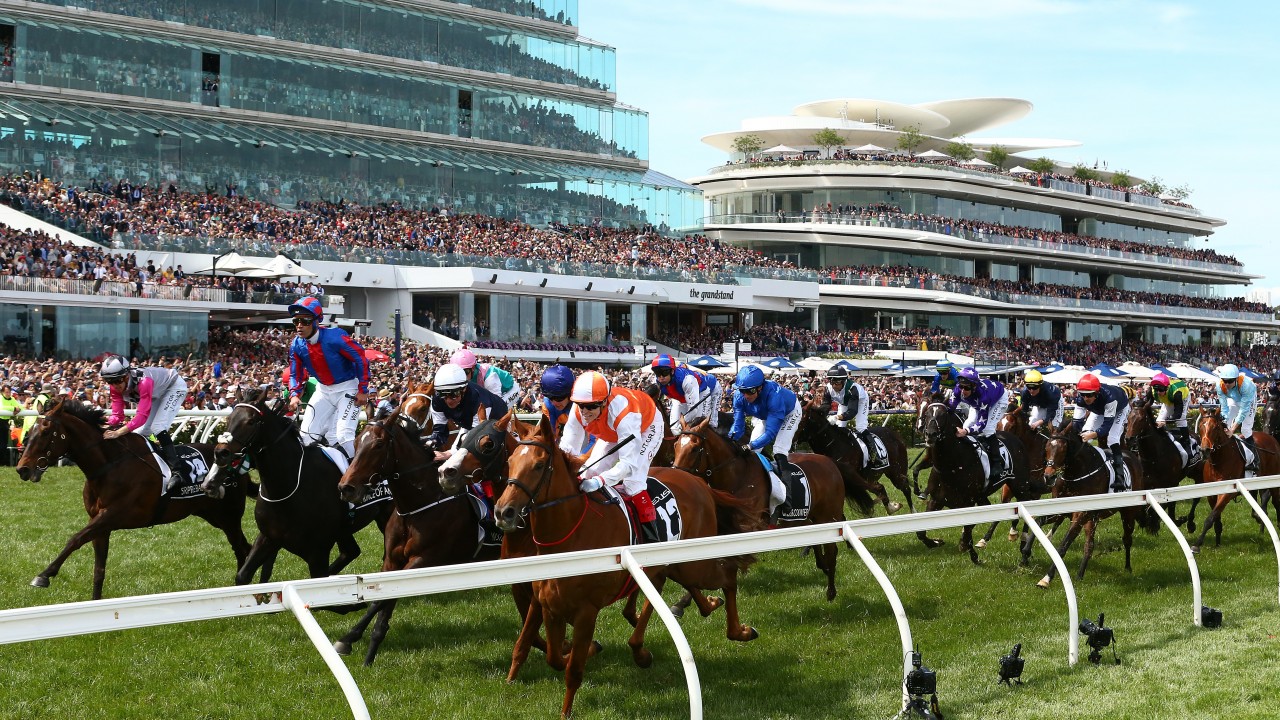