The Champions League has provided a plethora of special moments down the years. The lights, atmosphere and instantly recognisable anthem which stir up the emotions of the most ardent football fans.

From the acrobatic to the long-range stunners, there have been some sensational goals witnessed too. We have collated 10 of the finest strikes in Europe’s elite competition and ranked them in ascending order.

A man for the big occasion, Arjen Robben more often than not delivered. The demons of that painful 1999 defeat in the Champions League final against Manchester United in Barcelona were firmly exorcised at Old Trafford. Standing unmarked on the edge of the area, the Dutchman used his trusted left wand to fire home a volley with unerring accuracy into the bottom corner of the net to send Bayern Munich into the semi-finals.

Zlatan Ibrahimovic has a knack of creating something out of nothing and against Anderlecht, he did just that. Running onto a headed clearance, the then Paris Saint-Germain frontman produced a thunderbolt of a volley that crashed into the roof of the net. Simply stunning!

Nimble and fleet-footed, Lionel Messi has always run defences ragged. And against Arsenal, he produced a moment to marvel. Collecting a wonderfully weighted pass by Barcelona team-mate Andres Iniesta, Messi audaciously flicked the ball over Manuel Almunia before slamming the ball into the net on the volley in emphatic fashion.

Mohamed Salah produced one of the most memorable first-half displays in the Champions League against his former club Roma. Scoring twice in a breathless 45 minutes, Salah collected a pass from Roberto Firmino, steadied himself before deliciously curling the ball into the top corner of the net. He refused to celebrate as a mark of respect to his old employers.

The first of two Cristiano Ronaldo entries here! Latching onto a cross, the Portuguese wizard crashed a sublime volley past a shocked David de Gea who had little time to set himself properly, let alone react.

Patrice Evra isn’t necessarily renowned for his shooting process, but he stunned Bayern Munich in the Allianz Arena with a howitzer of a strike in the quarter-finals. The Frenchman raced onto an Antonio Valencia cross and blasted high into the top corner of the net. While Manchester United were put to the sword that evening, that strike gave the travelling support something to cheer!

It was one of those unforgettable evenings for Tottenham and Lucas Moura wrote himself into club folklore. Having dragged Spurs back into contention after they were 2-0 down, Moura saved the best for last and he drilled home an inch-perfect left-footed shot into the bottom corner of the net to send the north London outfit into their first Champions League final. For the Brazilian, it capped a stunning display as he scored a hat-trick.

With over a century of goals to his name in Europe’s illustrious competition, there have been no shortage of highlights as far as Ronaldo is concerned. His aerial ability has never been in question and he has a penchant for scoring breathtaking goals.

Dani Carvajal angled a delightful cross into the box and Ronaldo arched his back and improvised by sending a bicycle kick past Gianluigi Buffon which floored Juventus. It was so good that the home crowd gave him a standing ovation!

Getting one over your bitter rivals is always an amazing feeling. And if you are Barcelona and it is beating El Clasico rivals Real in their back yard, then few things match that! Messi has been renowned for his incredible solo goals and he left Real on their knees when he embarked on a mazy run from the halfway. He proceeded to beat four defenders before sliding the ball in with his right foot – simply exquisite!

Goals form a key part of spread betting basics. But few would have scarcely predicted that Bale – a serial winner of the Champions League with Real Madrid – would come up with a peach of a strike. With his back to goal, the Welshman reacted quickest to a Marcelo cross to flash an overhead shot past the flailing Loris Karius. He will scarcely score few better! 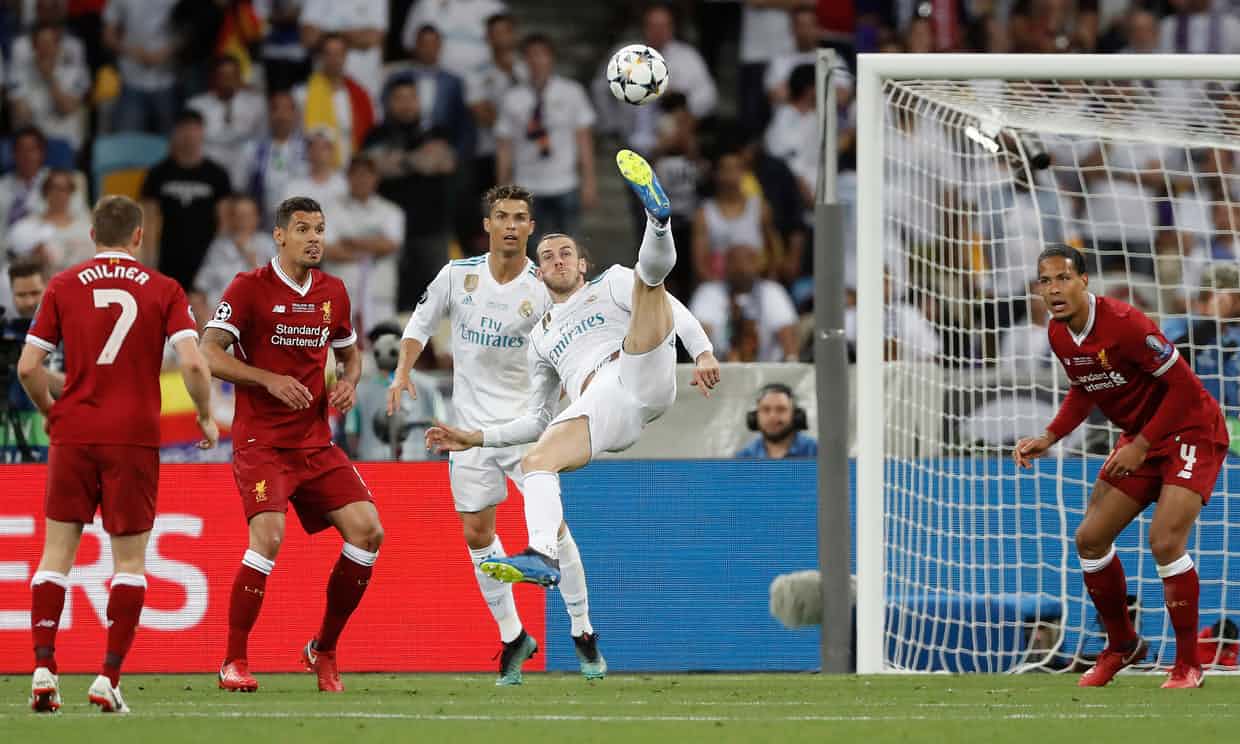