You have to admit that Mercedes arguably had the worst pre-season test out of everyone on the grid. The team, notorious for doing race simulations on the very first day of the pre-season tests in the last few years spent most of its time struggling with reliability issues. On day 1, it was the gearbox, on day 2, it was Lewis Hamilton beaching the car.

In a crucial season where pre-season testing has been shortened to just three days, Mercedes needed to gain as much mileage as they could. Sadly, the German team ended the test with the least mileage and a car that they are yet to get on top of. As a result, in the eyes of many, Red Bull might just have the measure of Mercedes early in the Formula 1 season.

When your car is the class of the field and you rack up decent mileage while going through your entire programme, then it’s hard not to give the team maximum points. In all likelihood, it appears that Red Bull has been able to leapfrog Mercedes before the start of the season. The car showed great pace while the Honda engine is a definite upgrade. Red Bull will be going to the first race of the season with some confidence in its ability to challenge and beat Mercedes this time around.

McLaren is going to be the dark horse heading into the season. Throughout the pre-season testing, McLaren looked impressive whenever it was on track. The car has looked great in every condition and has not faced any kind of reliability issues. There is a school of thought that McLaren might be on par with Mercedes at this stage but it remains to be seen. Barring Red Bull, McLaren has been the most impressive team during the pre-season test.

At first glance, Aston Martin looked like an impressive car. On the first day as well, the team was able to show decent pace and did look good on the track. However, the second and third days were disrupted by reliability issues that thwarted the team’s progress. Unlike many other teams, Aston Martin didn’t do a low fuel run because it was behind the schedule and focussed on long runs to try and understand the car. The car does seem to have the inherent pace but the team would need to really work hard to bring some consistency.

“Solid” is the word that could be used to describe the pre-season test for Alpine. The team was able to put together substantial mileage on all three days. The car looked good and stable, especially in the hands of the returning Formula 1 legend Fernando Alonso. However, if there is a knock on Alpine then it has to be on the fact that the team didn’t really try to test the limits of their car.

Early estimates do show that Alpine might not have the inherent pace of a McLaren at the start of the season but good reliability will go a long way in helping the team accumulate the necessary points.

If the early indications are true, then Alpha Tauri has made a step up with their new car. The car looks great on the track. It’s stable, handles well and with the Honda engine performing well it has given the team an extra boost. Alpha Tauri didn’t suffer too many niggles on any of the days and Pierre Gasly clocked the most laps out of anyone on the grid. Alpha Tauri is no more the junior Red Bull team and their new challenger will go a long way in proving that.

First the positives. The car seems to handle much better than the last year’s car. The engine is an improvement as Mattia Binotto claims that the car won’t be a liability on the straights anymore. Both Charles Leclerc and Carlos Sainz Jr. have said positive things about the car as well. Now the negatives, Ferrari can’t challenge for the Formula 1 title with this car. They’re part of the ultra-close midfield and both the drivers will have to fight hard to gather important points for the team.

The new car is definitely an improvement from the last year’s car. To add to this, the Ferrari engine is no more a liability to the team and the car can display decent straight-line speed. Alfa Romeo was able to show good reliability and covered extensive mileage in the 3 days. The only knock? The car might not be quick enough to help Kimi Raikkonen and Antonio Giovinazzi mix it up with the midfield.

It is a business decision by the team to sacrifice 2021 for the 2022 season. But what this does is it leaves the team to go through a painful 2021 where they have to, against all odds, try to gather whatever points they can from a car that would not have any dollars of development done on it. Haas did gather good mileage and helped the two rookies become more accustomed to life in Formula One but when it comes to pace it’s safe to say the team is still near the bottom of the pecking order.

A steady pre-season test for Williams with their new owners. The drivers got a day each in the car with Roy Nissany getting the first taste of the team’s latest Formula 1 challenger. Early impressions are not entirely positive as Williams has not been able to close the gap to the midfield. In all likelihood, this would be another Formula 1 season of fighting for scrapes for George Russell. 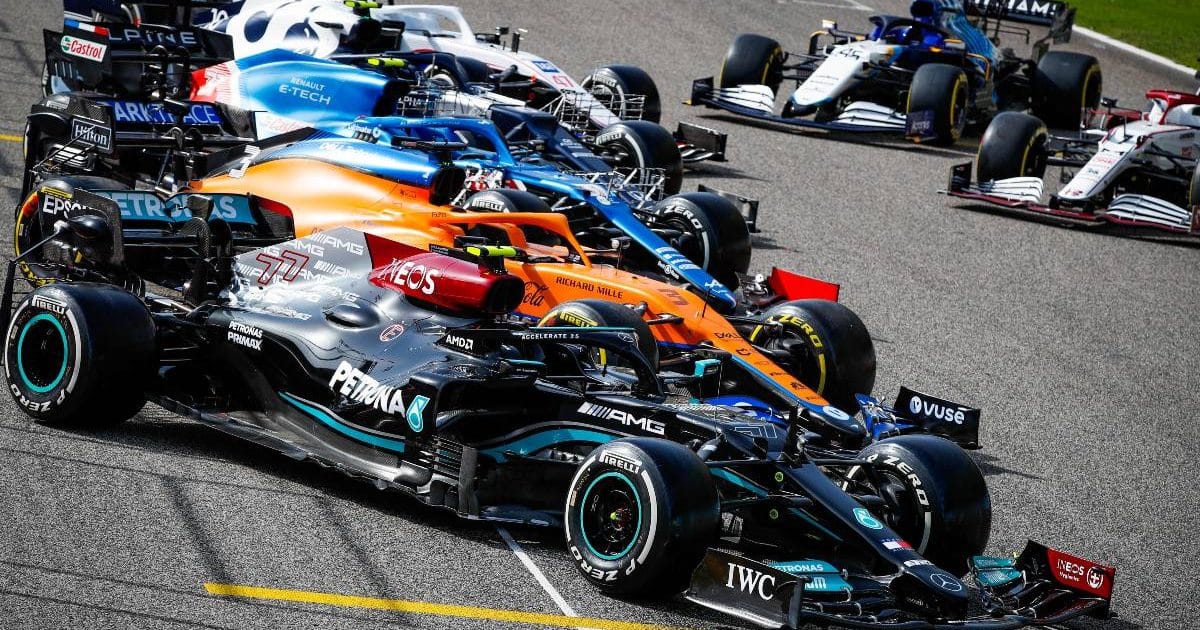