Dean Smith navigated Aston Villa to safety in the 2019/20 Premier League campaign with captain Jack Grealish setting the tone for their survival fight.

Manchester United want Grealish in their bid for title challenge. The Red Devils have players that can execute Plan A but when it comes down to Plan B, they lack grit. They cannot break defenses and their players are too soft. Problems commonly associated with youth.

The Villa youth academy graduate has age on his side but knows how to take on a fight. He has been part of two relegation fights and one promotion bid. Grealish knows what it takes to survive and has that ingrained in his DNA. United will be lucky to have him in their ranks.

But should he leave his comfortable surroundings for pastures new? Endearing yourself to the Old Trafford faithful is a tough task. Ask Paul Pogba. The Frenchman will attest to it that it is not an easy task. The demands are high and you cannot have an off day. Couple this with settling in new surroundings and the task becomes tougher. The competition is faster and do not allow you to make mistakes.

Playing in the Champions League is positive. Something that Aston Villa will not manage during his playing years. They have a rich owner and the means to survive in the Premier League but the gap between top-seven and the rest is great.

Fighting in the lower echelons of the English top-flight points table does not bode well for his England chances. The European Championships are a year away and Grealish has the quality to regularly start. However, his role at Villa Park does not fit in well with Gareth Southgate’s plans. This is why Phil Foden got his Three Lions debut before him.

Moving to Manchester United has its advantages and pitfalls. The pros far outweigh the cons, and they will be the same if another top club comes calling. Tottenham will offer similar issues but Jose Mourinho is a much better tactician than Ole Gunnar Solskjaer can become. The Norwegian would not be considered for the managerial role at Villa Park. Such is his capacity.

This is where Jack Grealish has to think about. Moving to Old Trafford only offers a better quality of players around him. But the players are hampered by the tactical directions given to them. They have to execute the plans laid down for them. Unfortunately, there will not be an improvement in that department in Manchester.

Staying at Villa Park is Grealish’s best option. He can further his legend at the club. He is the club captain but another year in Midlands would prove his loyalty for the Lions. This should not be the only reason that makes him stay put.

The footballing project is improving. Dean Smith learned his lesson last year and will ensure that a repeat is not faced. Villa added too many players of average quality. The cream has risen to the top and they were a much more settled side in Project Restart. Their offensive out was poor and they have reinforced that department.

Grealish’s departure would put their plans in jeopardy. Without much on offer and Villa looking to give him an improved contract, the 24-year-old should stay put in comfortable surroundings. He still has a long way ahead and will only improve in the years to come. Move too soon and he will regret it. 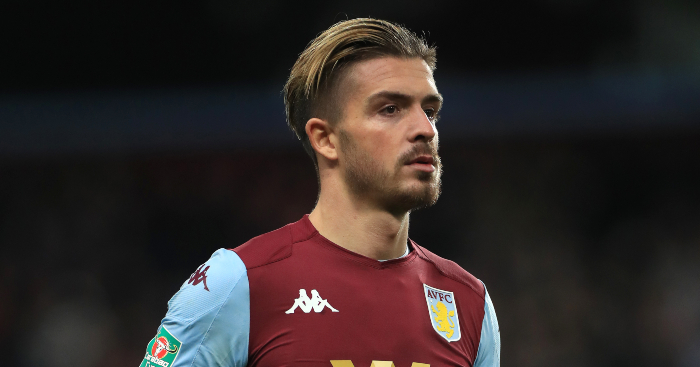