Jameis Winston’s season is prematurely over after suffering a knee injury in the New Orleans Saints’ Week 8 victory over the Tampa Bay Buccaneers.

NFL Network Insider Ian Rapoport reported Monday that an MRI confirmed Winston suffered a torn ACL and is out for the season, per a source informed of the situation. There is also damage to the QB’s MCL, Rapoport added.

#Saints QB Jameis Winston does, in fact, have a torn ACL, source said after the MRI. He is out for the season. There is also damage to the MCL.

Winston, who was having a good season for the New Orleans Saints without many of the turnovers that plagued him early in his career, tore his ACL on a tackle from behind against his old team, the Tampa Bay Buccaneers. Bucs linebacker Devin White grabbed Winston from behind on a run and Winston’s knee bent awkwardly.

After the game, Payton noted Winston suffered a “significant” injury, and the QB was on crutches after the 36-27 victory.

Payton later confirmed Winston will miss the remainder of the season

It’s brutal news for Winston, who was attempting to revive his career under Payton’s tutelage. After sitting behind Drew Brees last season, Winston earned the starting gig for the 5-2 Saints. Authoring an up-and-down campaign, the QB did a better job of negating the big negative plays than during his years in Tampa. Winston finishes his season having completed 95-of-161 attempts for 1,170 yards and 14 TDs to three INTs.

After signing a one-year contract to return to New Orleans this offseason, the injury is a blow to him as he is set to be a free agent after this season. The recovery process, particularly with MCL damage in addition to the ACL tear, will determine how his career unfolds from here.

With the Saints in a solid playoff position, Payton will now have to manage more uncertainty under center. Payton must now decide whether to hand the reins to backup Taysom Hill, who has been out due to a concussion or ride veteran Trevor Siemian, who replaced Winston on Sunday and played well, helping lead the Saints to a win over their division rival.

Siemian has started 25 games in his NFL career — 24 with Denver in 2016-2017 and one with the New York Jets in 2019 — sporting a 13-12 record. Whereas Hill, whom the Saints have used in a gadget role for years, has spent some time as a full-time quarterback. He played four games as a full-time quarterback last season in place of injured Drew Brees and played pretty well. The Saints went 3-1.

There are some rumours that the Saints could possibly make a move to sign Cam Newton on a short-term deal to see them through the season. An experienced starter and former MVP could easily continue the Saints’ success. 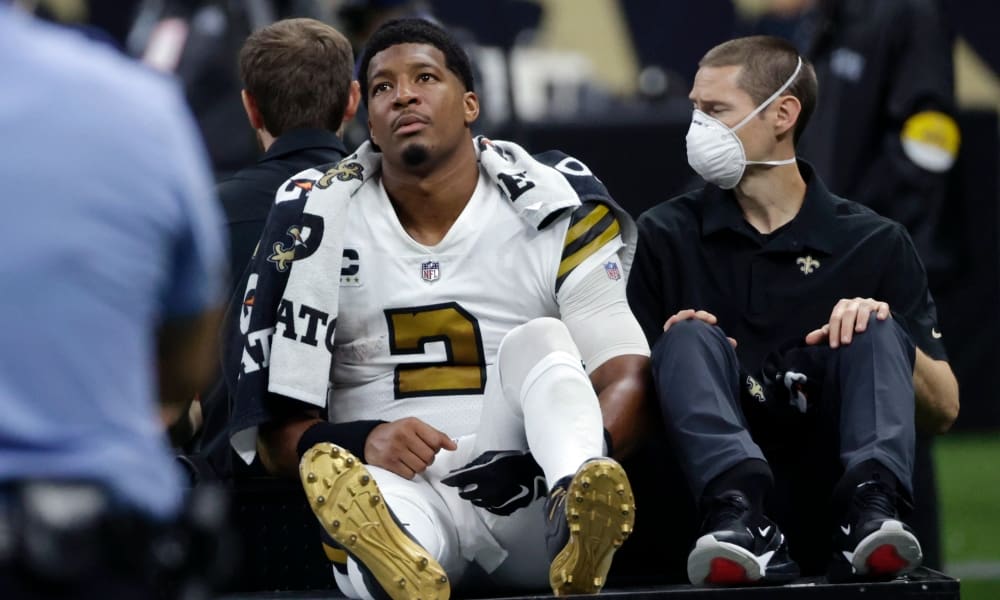