Skip to content
You are here
Home > Cricket > Jayant Yadav, quality prospect for Indian test team from the Paytm series 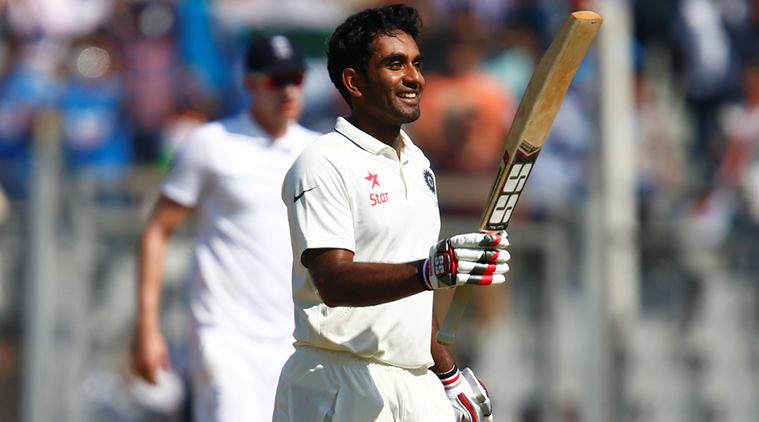 Jayant Yadav made his test debut against the English side in the second test at Vizag, becoming the 286th player to represent India in test cricket and surely there is no looking back for him at this moment. He came in as a replacement for Amit Mishra who looked out of touch in the first test at Indore. Yadav can turn the ball on pitches that are unfavorable for bowling as well as he can bat which surely can make him one of the finest all-rounder for the country in years to come.

With already a fifty and a century in his kitty with an average of 58.50 he is surely claiming his spot in the Indian team and also providing tough competition to the other Indian players like Ravindra Jadeja and Rohit Sharma. He has also impressed with the ball and has picked up wickets whenever the captain has shown trust in him. He has picked up wicket in all the four innings prior to the test match at Mumbai.

Yadav’s cricketing sense can be judged from the incident which took place when he collected his first scalp in test cricket. Moeen Ali was judged not out by the on field umpires but Yadav was pretty much sure that he has got his man and straightaway asked the captain for a review. Virat took the review and to no surprise Moeen Ali was judged out later in the process. Kohli too gave a nod to the fact that Yadav is an intelligent cricket player and he has the cricketing sense which a player representing the national side should possess.

India has always lacked the batting strength in the lower order in the past, but with the knock century against the English side and after being involved in a decent partnership with the captain, for now we can say that this problem can be avoided provided that he continues to perform in similar fashion in days to come.

The challenge in front of Jayant Yadav will be performing on tracks that are unsuitable for the spinners. Decks in Australia, England, New Zealand and South Africa tend to support the pace attack and therefore thriving on such pitches demands mental toughness and persistence.

As Jayant is yet to give an account of himself on the foreign pitches it will be a little bit early to predict about him and to include him in the squad permanently. And with likes of R Ashwin and R Jadeja performing exceptionally well with the ball, Yadav will have to pull up his socks if he has to cement a permanent place in the Indian test squad.

It will be difficult to say as of now whether he has convinced the selectors or not but surly he has kept the doors of Indian team open for him for some time as of now with his brilliant performance with the bat and the ball.

Last but not the least, it can be said that India has found a quality prospect ready to become a world class all-rounder cricketer.

I am a hard core cricket fan and also a good cricket player. In order to be in touch with the game i...
0

has published a new post."Trae Young, Hawks, Notch Victory Over Miami"
9 hours ago